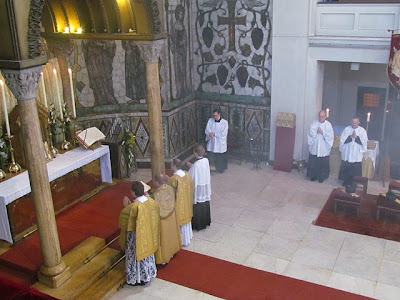 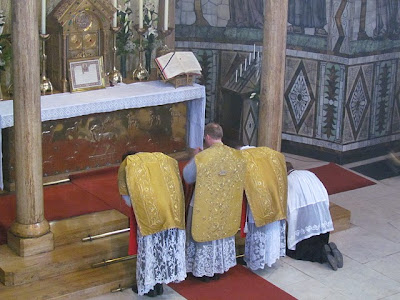 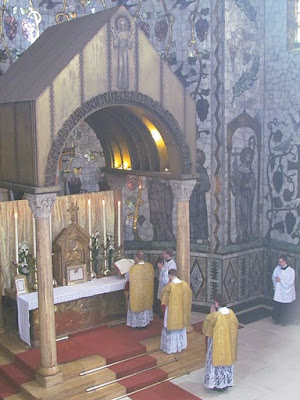 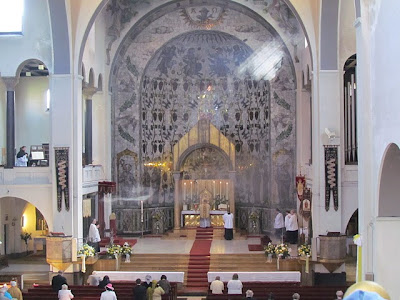 by Shawn Tribe
The Pinoy Catholic blog is reporting the Solemn Pontifical Mass of a Filipino Ordinary in his own diocesan cathedral:

"Easter Monday, April 25, 2011. The Ordinary of the Diocese of Novaliches, Most. Rev. Antonio R. Tobias, D.D., celebrated a Solemn Pontifical High Mass at the throne, according to the 1962 Missal promulgated by Bl. Pope John XXIII (the Extraordinary Form of the Roman Rite), in the Cathedral Shrine and Parish of the Good Shepherd, the seat of his diocese. It was the first Extraordinary Form Mass ever celebrated in the Cathedral.

The Franciscan Friars of the Immaculate assisted in the Mass. 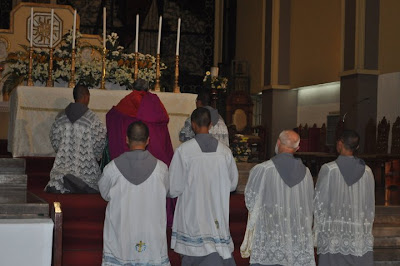 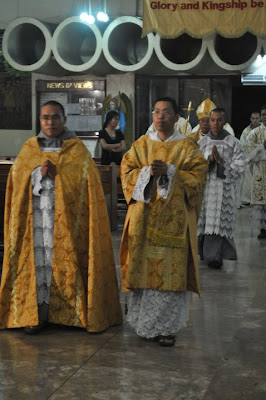 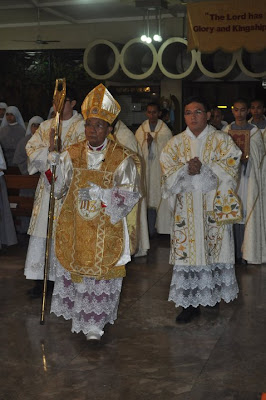 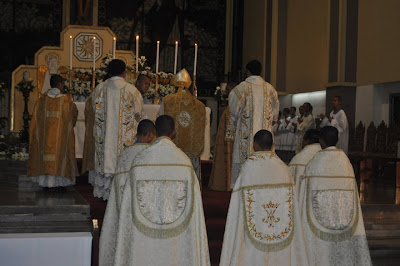 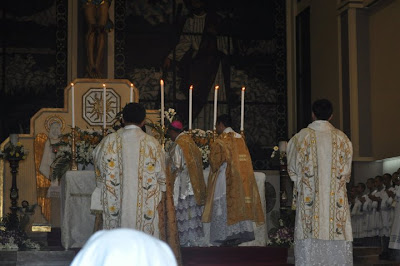 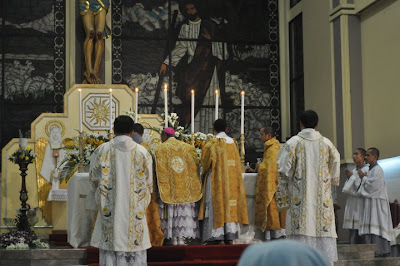 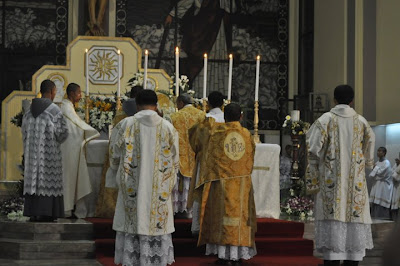 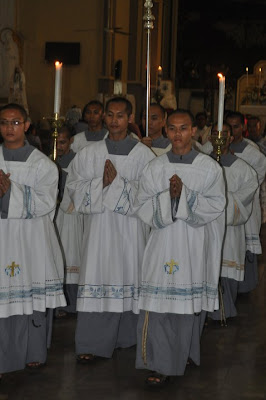 The Liturgy in Ireland: Easter Sunday in Dublin (and Fota IV)

by Shawn Tribe
John Sonnen has been spending Holy Week in one of my favourite cities, Dublin, Ireland, and he brings us some photos of Easter Sunday at St. Kevin's there. 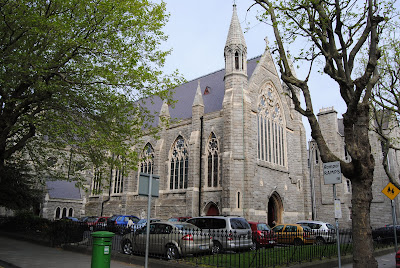 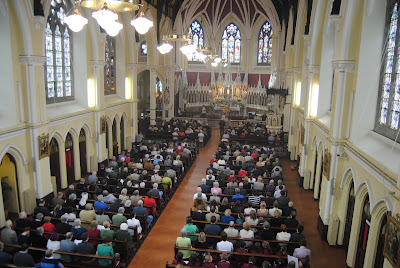 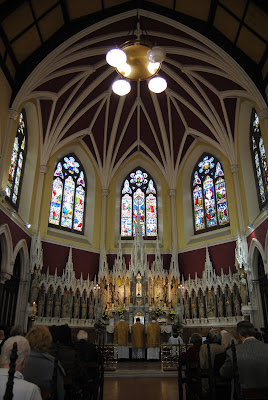