With my full set of photos now available, I thought I'd attampt to give a brief taste of the Una Voce Federation's 'General Assembly' in November. Above are the delegates of the Federation's member associations, with a number of guests, including Cardinal Burke. Below are most of speakers at the conference. 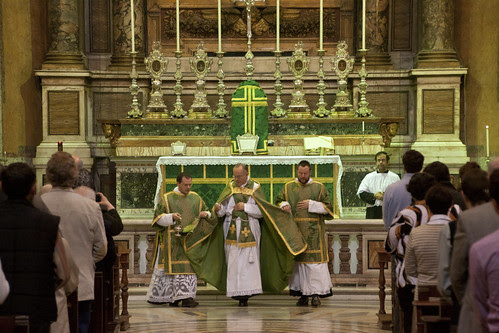 On the Sunday of the FIUV General Assembly, we went (as we did in 2009) to the church of the Fraternity of St Peter, Sta Trinita. This is a very lovely church, of which Fr Kramer FSSP is the Parish Priest, and Fr William Barker FSSP his deputy. Although I've already referred to the Solemn Mass we all attended on Sunday morning, and the Low Mass said by Fr Barker I attended the same evening, since I have finally processed my photographs of these Masses here is a small selection. The church was packed for the morning Mass. 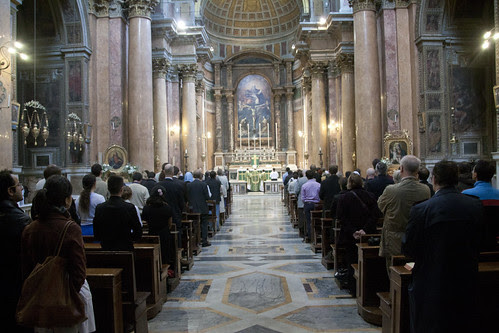 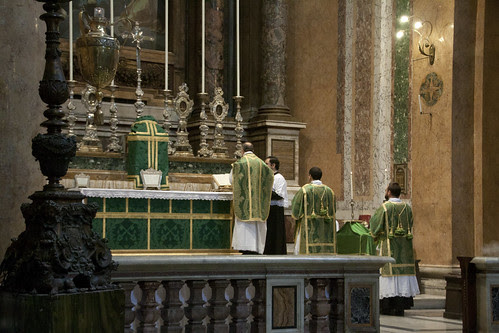 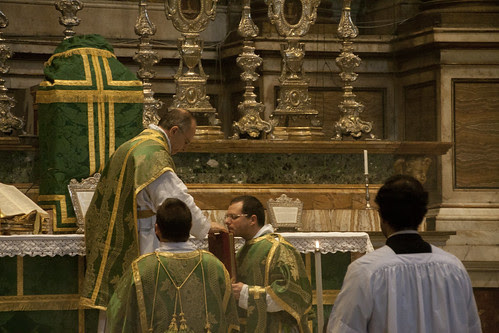 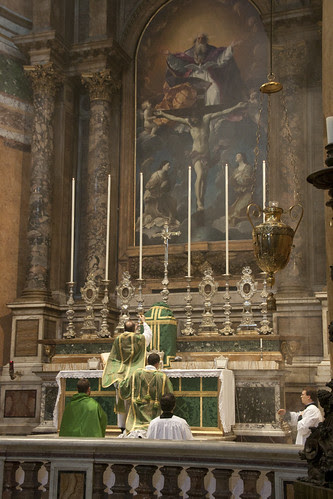 More photos of Solemn Mass here. Low Mass, which was preceeded by Benediction and followed by the blessing of a very beautiful catafalque, with the singing of the Libera me. 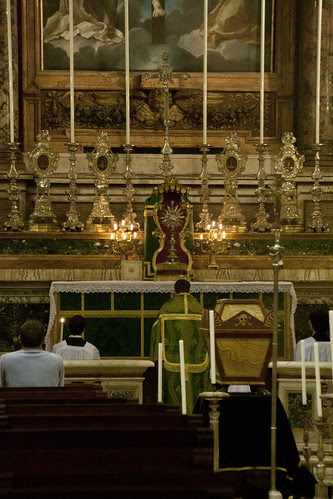 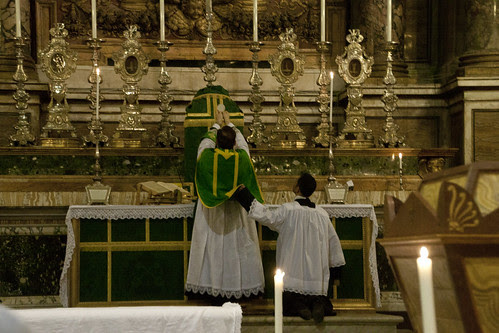 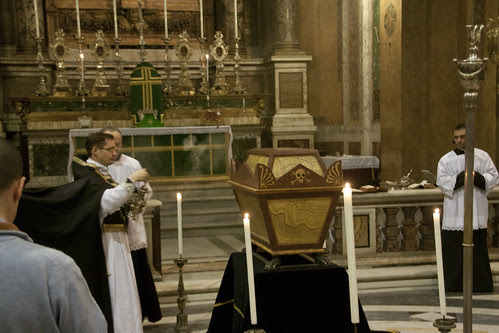 It was the first such Mass I have attended. The first thing to notice is that the celebrant vests in the sanctuary, as at Pontifical Solemn Mass. 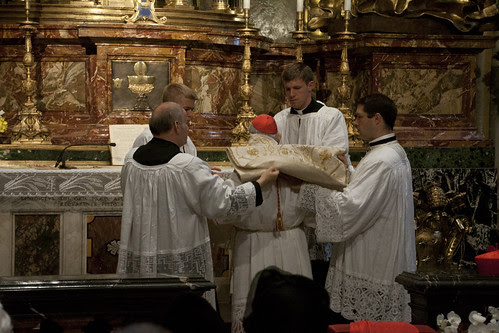 You can't see it, but the server next to the Missal for the Gospel had a hand candle (ie in a silver candlestick with a handle) to illuminate the Gospel (again as at Pontifical Solemn Mass). 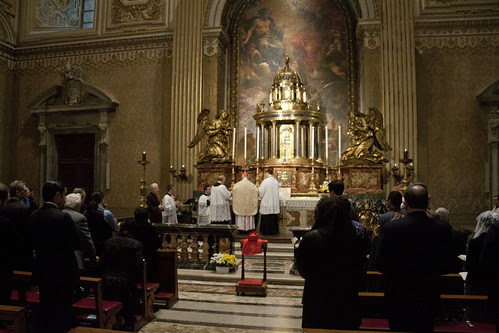 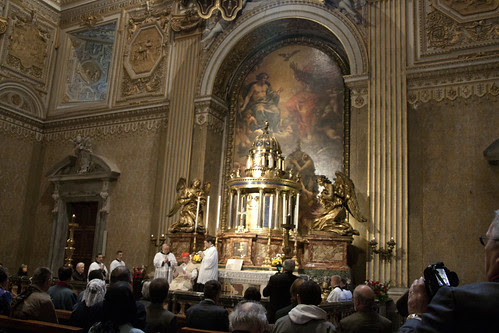 The choir loft was occupied by some superb singers, who usually sing for the FSSP at Sta Trinita. Although this was a Low Mass, they sang some motets. 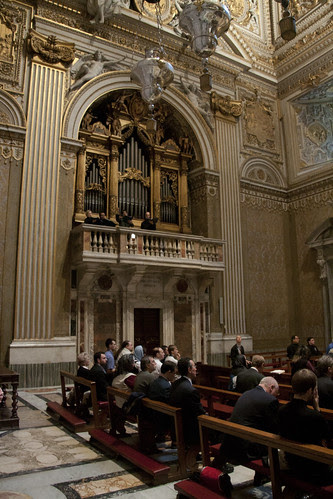 Note the cardinal's folded cappa and red biretta left on a prie dieu outside the sanctuary. 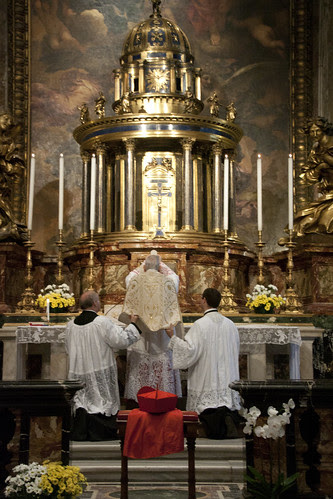 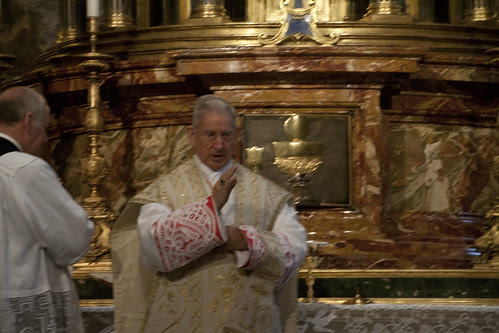 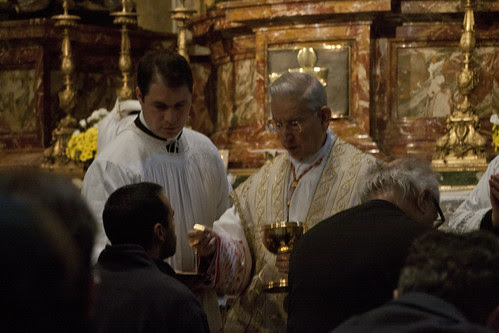 The Cardinal's red mozetta (skull cap) is made ready, on a silver tray. They also used a ewer, rather than a little cruet, for the water. 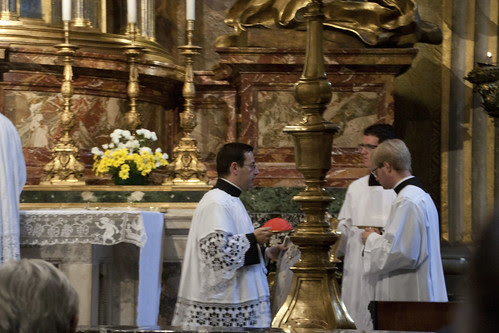 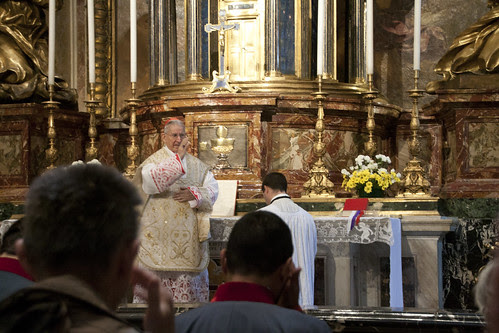 Having remonved his vestments, the Cardinal is again in his 'day clothes', as it were. 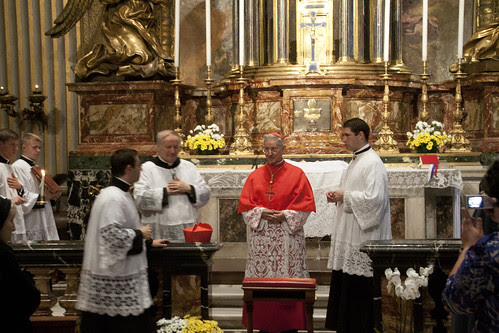 The nave of St Peter's in the late morning is a sea of tourists and pilgrims, taking photos with various electronic devices. The Una Voce delegates returned to our hotel for lunch: with Cardinal Burke. 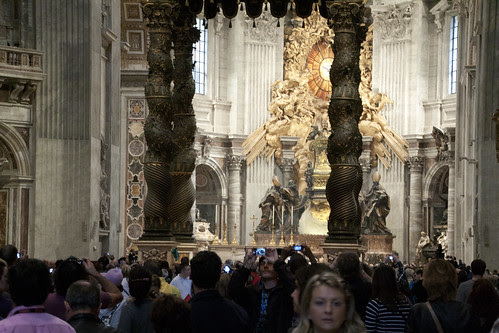