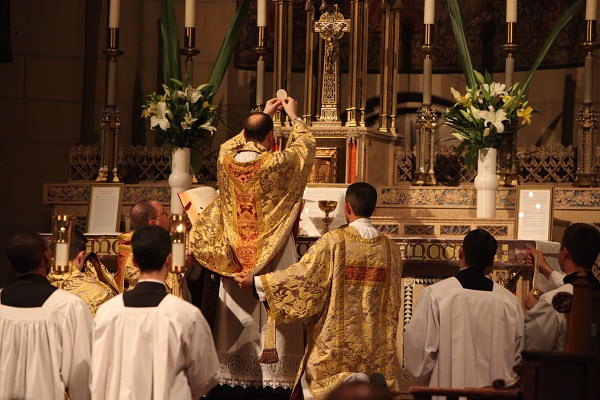 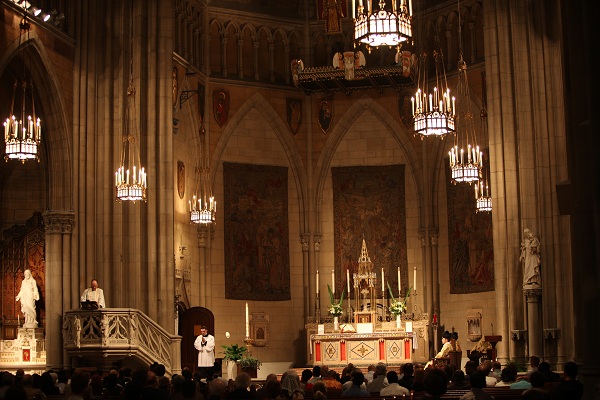 Today Fr. Patric D’Arcy, newly ordained priest of the Archdiocese of New York, celebrated his first Mass - a Solemn High Mass in the Extraordinary Form – amid the Gothic splendor of Blessed Sacrament Church. Many clergy and seminarians were in attendance. A schola performed both chant and polyphony, including Allegri’s Miserere. (I did not have access to a list of the clergy, ministers or musicians or a musical program, so any help in that regard would be greatly appreciated) 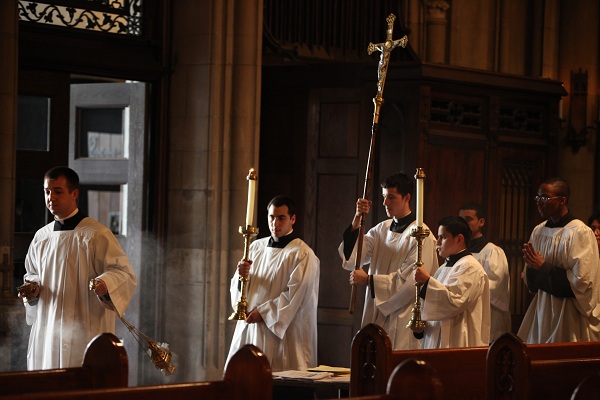 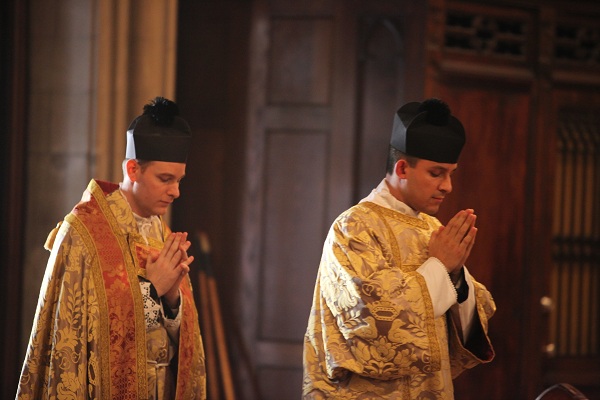 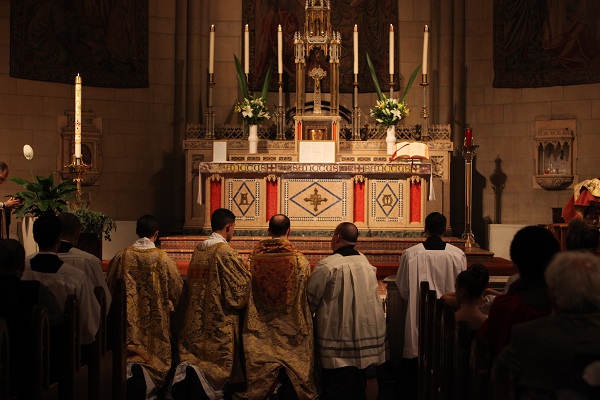 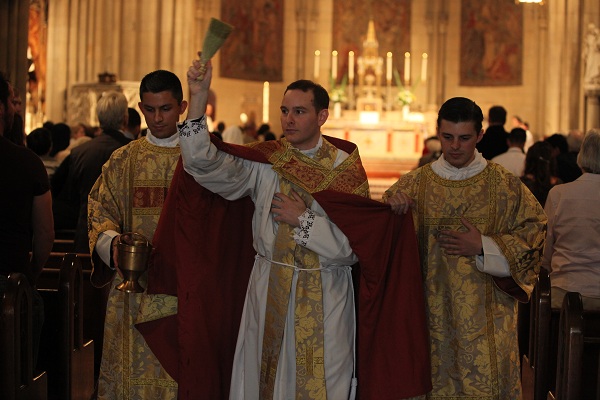 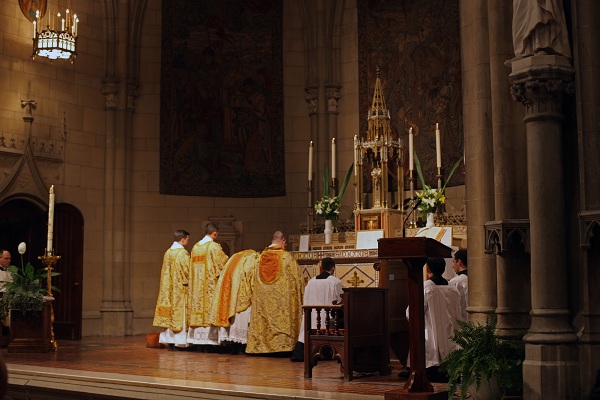 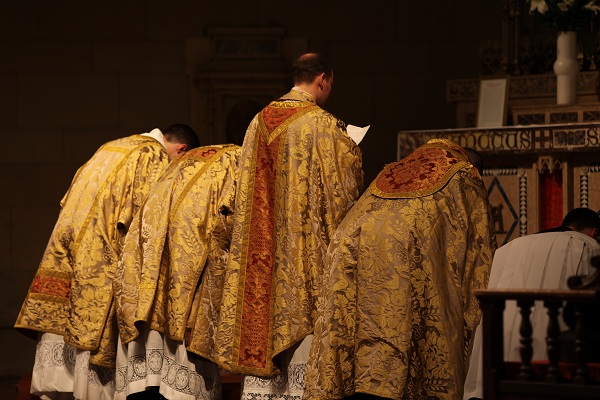 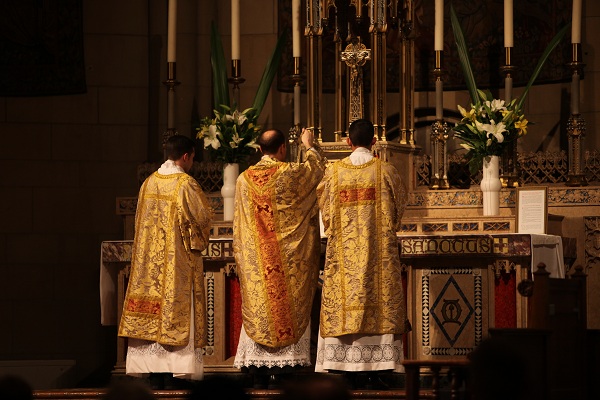 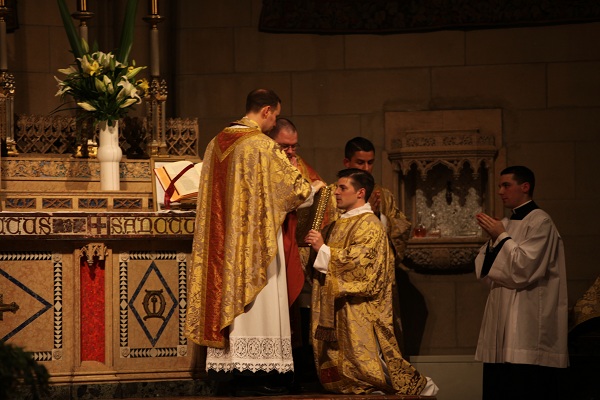 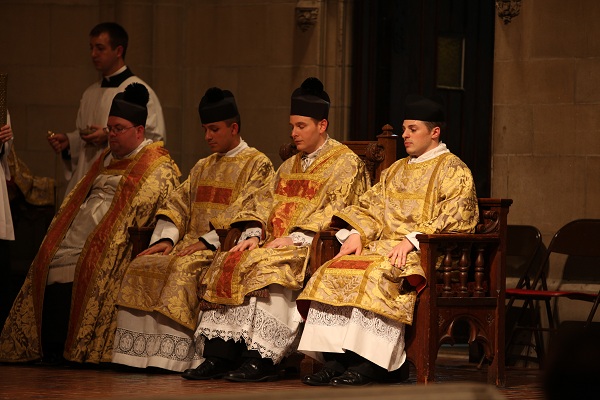 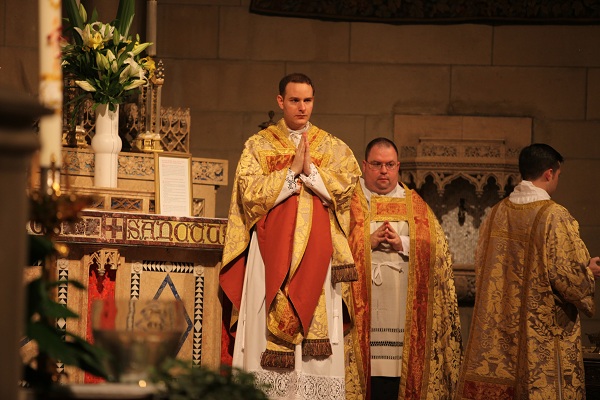 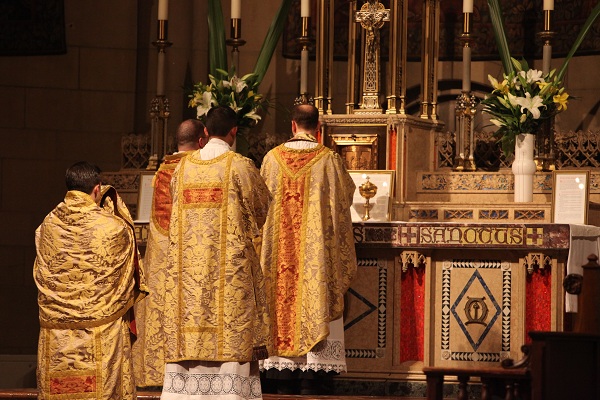 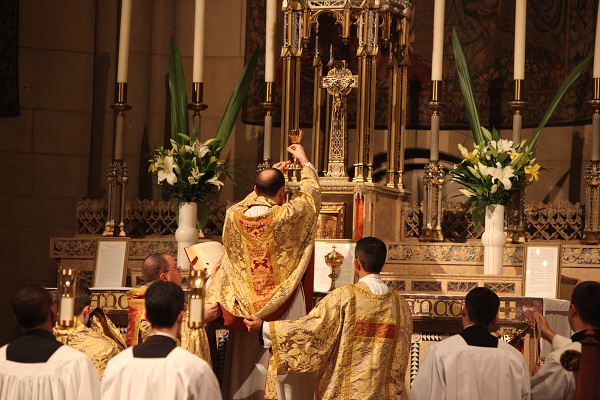 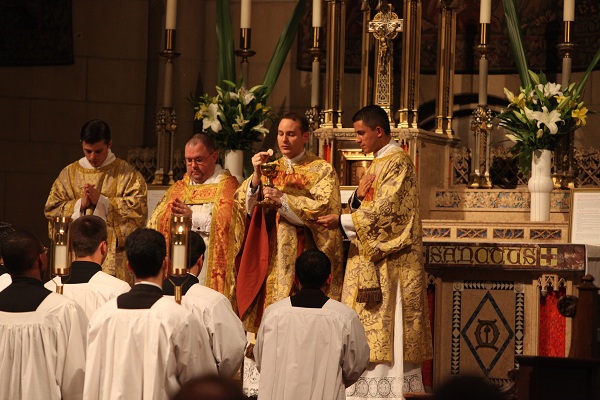 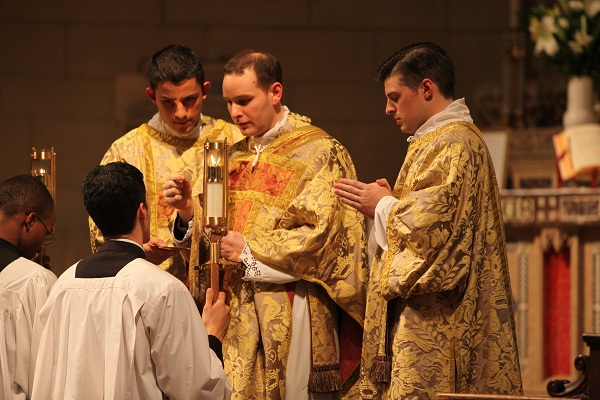 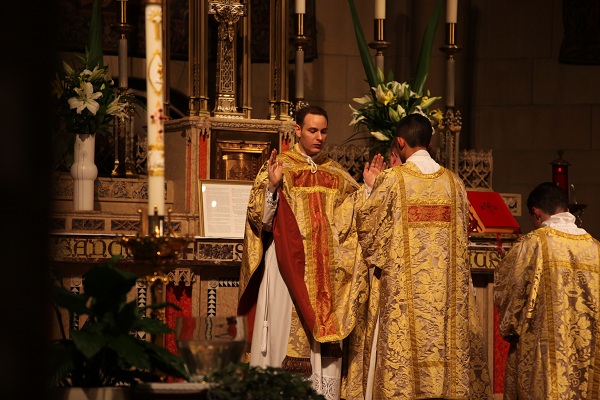 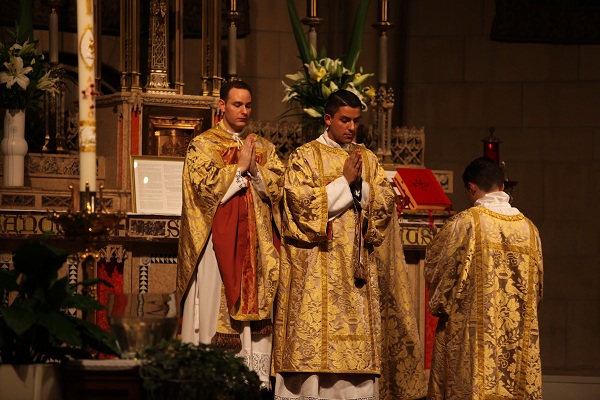 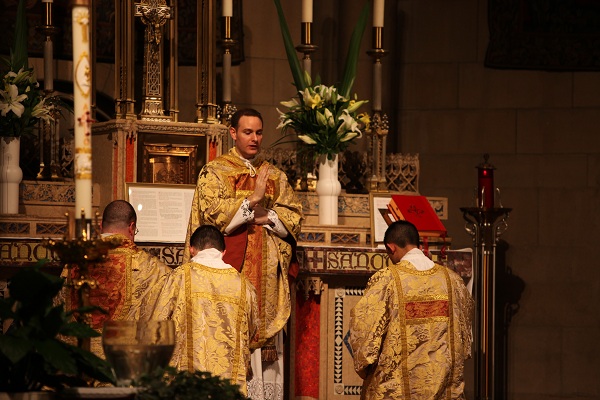 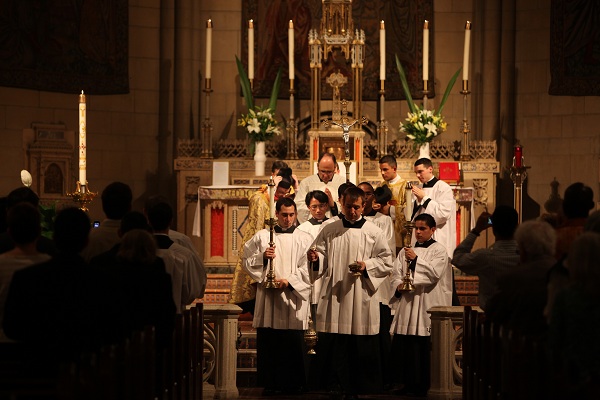 It was a joyous event, indeed. But I have to point out this sobering fact: Father D’Arcy is the only 2012 graduate of Dunwoodie Seminary to enter the New York Archdiocese (which, the last time I looked, has a Catholic population of over 2.5 million, close to 500 parishes, and includes much of the most important city in the United States (and the world)) And Fr. D’Arcy is from Ontario, Canada. We certainly should be grateful that 100% of the new priests graduated for the Archdiocese this year are interested in the Traditional liturgy. But at this point an honest reexamination of the policies that have led to this recruiting drought – which has been going on for decades – is no longer avoidable. And to think that in the 1950′s the Archdiocese was allegedly suffering from too many priests….
http://sthughofcluny.org/