Like the Toronto Oratory, Saint Louis Abbey recently offered its first Solemn Mass at their Oratory of Ss. Gregory and Augustine. (St. Louis Abbey offers Masses in both forms of the Roman rite.)

Cardinal Archbishop of Paris celebrates again with the 1962 missal 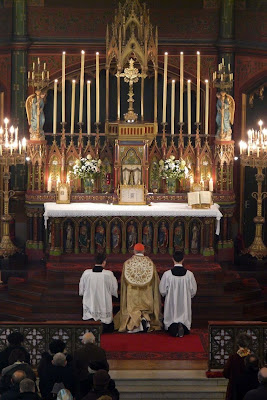 André Cardinal Vingt-trois, Archbishop of Paris and President of the French Conference of Bishops celebrated using the 1962 missal for the third Sunday of Advent .
Today he did celebrate again in Saint-Eugène in Paris. 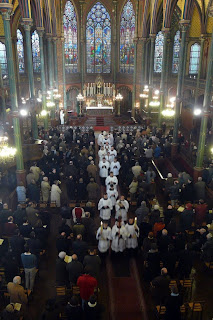 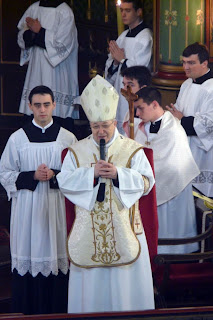 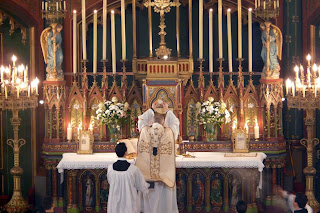 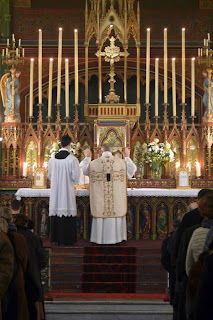 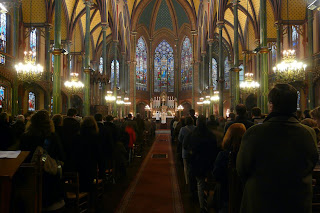 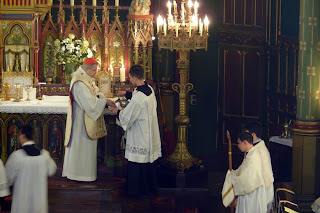 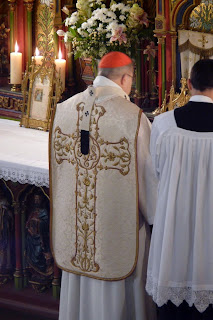 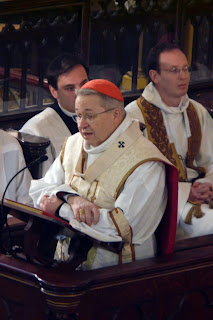 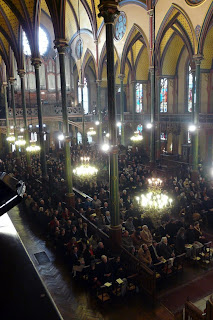 The NLM was sent photos by St. Gabriel's Church in Stamford, Connecticut, a parish that has been steadfastly pursuing the project of Pope Benedict's new liturgical movement for some while, both through the reform of the reform and through the usus antiquior.

Santissima Trinità dei Pellegrini (the FSSP parish in Rome) has up some new gallery images from the Feast of the Holy Name this past Sunday in the calendar of the usus antiquior. Here are just a few.

The Priestly Blessing following the Mass which gives a nice view of the sacristy:

The Institute of the Good Shepherd: St. Eloi, Bordeaux

We haven't shown anything from the main church of the Institute of the Good Shepherd, St. Eloi in Bordeaux, France for some time, so a couple of recent images from a Mass there by one of their newest priests seemed in order.

As an aside, and for the attention of our vestment makers and enthusiasts, I must say that I am quite taken by the design of the dalmatic and tunicle seen here. They seem to mix some of the very best elements of both the baroque and gothic revival.

Last week, I mentioned two First Masses of diocesan priests in the Extraordinary Form which were going to take place in the diocese of Albenga-Impria, Italy . One of these Masses, was celebrated by newly ordained Father Francesco Ramella as a Solemn Mass in the parish church of St. Thomas the Apsotle in Dolcedo, the splendorous and completely intact sanctuary of which you can see in last week's post. Mozart's Spatzenmesse was sung by a choir, as well as Adorabunt Nationes by Himmel, and Ave Verum and Te Deum again by Mozart, whereas the Gregorian propers were sung by the Benedictines of the Immaculate. Some of the canons of the Cathedral and of the Concathedral also attended. Our friends of Messa in latino now have some images of this Mass.

The new priest greeting the faithful: 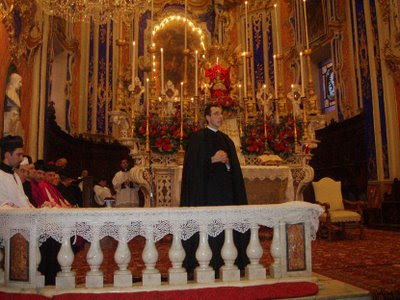 The sacred ministers - including a presbyter assistens, a privilege for First Masses - approaching the altar: 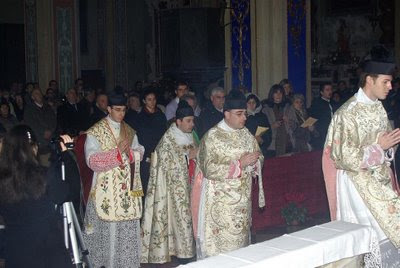 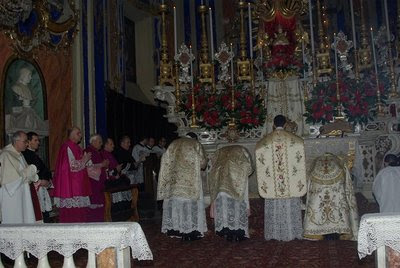 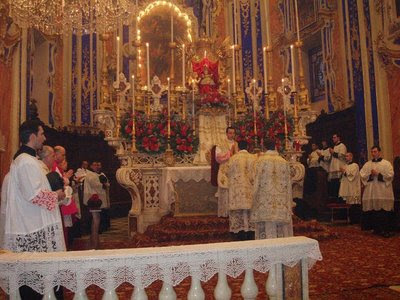 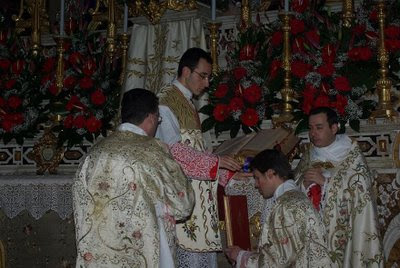 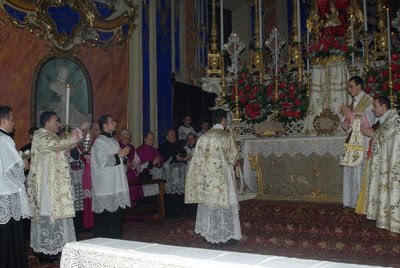 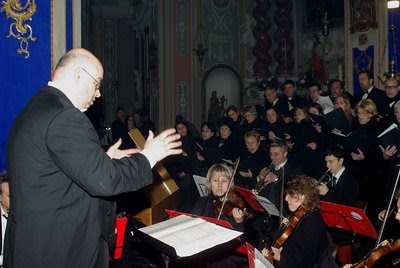 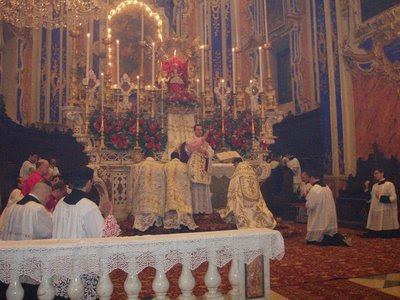 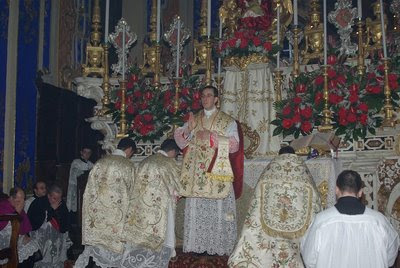 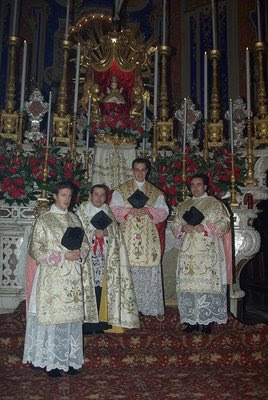 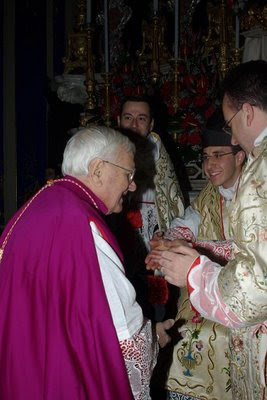 Speaking of the use of ad orientem in the context of the modern liturgy, the Archbishop of Utrecht, Msgr. Willem Eijk, re-consecrated St. Willibrord's church in Utrecht, a church which had been separated from that Archdiocese since the 1960's, but which recently repaired that schism.

The church was put under the auspices of the Dutch Society for Latin Liturgy, and Masses are regularly celebrated ad orientem in this church. Both forms of the Roman liturgy are also offered.

The Archbishop offered Mass in accordance with the modern form of the Roman liturgy and it was offered ad orientem.

(A beautiful view of the interior of this spectacular church)

(The Archbishop of Utrecht, celebrating ad orientem in St. Willibrord)

More photos of the event may be found here.
(All photos are Copyright © Hans de Mol 2009 - hans@fdmstudio.eu)

First, confirmations at the ICRSS apostolate in Montpellier, France performed by the Archbishop of that diocese, Msgr. Thomazeau . The event also included Solemn Pontifical Mass.

I recently mentioned the annual Marie Reine du Canada pilgrimage which took place from September 5-7th, and now some pictures from the pilgrimage have come into the NLM which I am pleased to share with you. 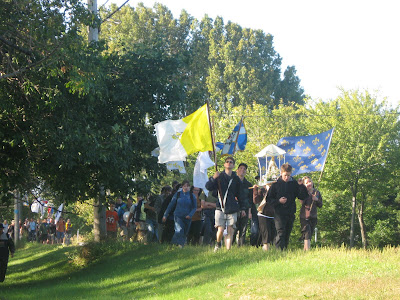 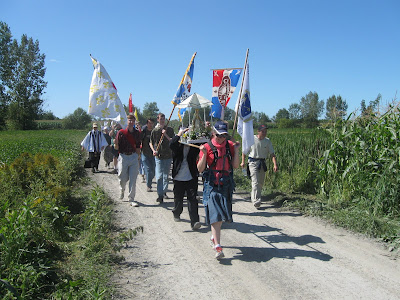 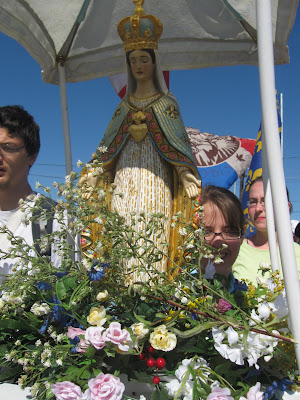 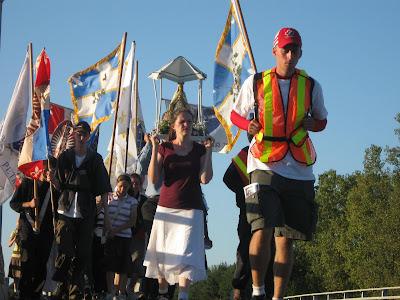 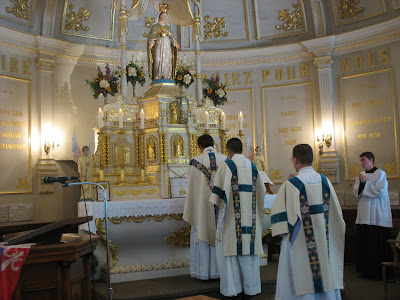 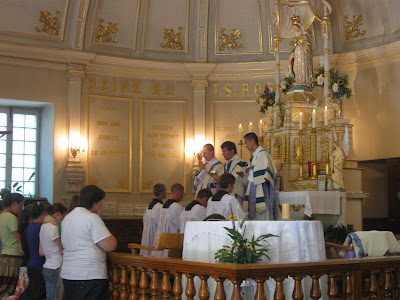 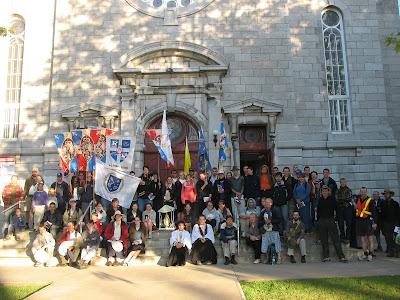 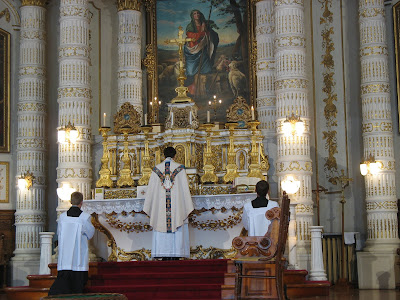 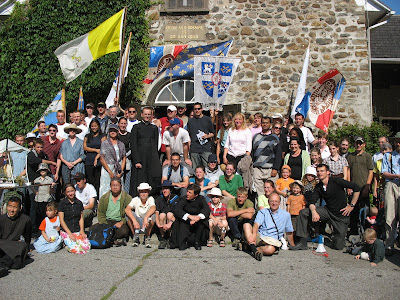