From the Fraternity of Christ the Priest and Saint Mary the Queen in their church of the Saviour. 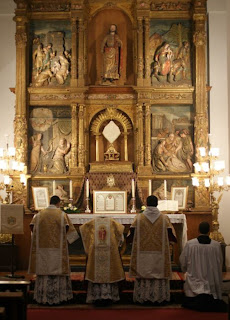 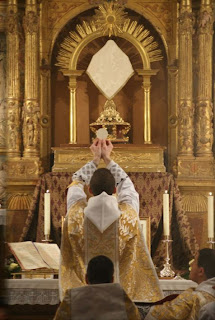 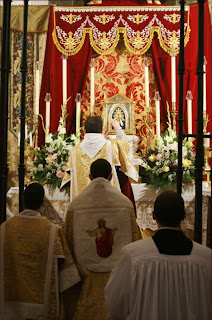 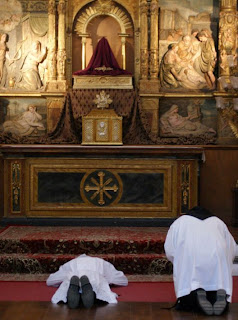 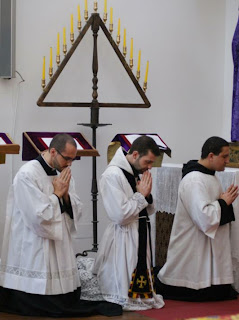 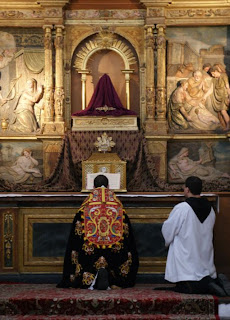 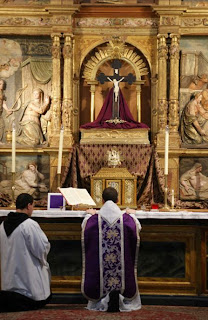 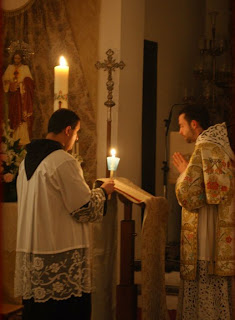 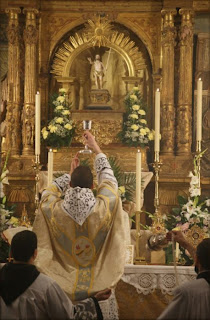 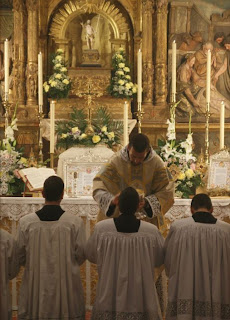 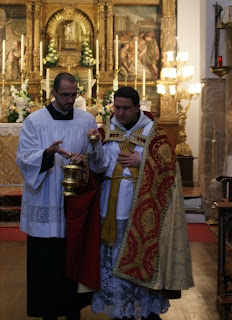 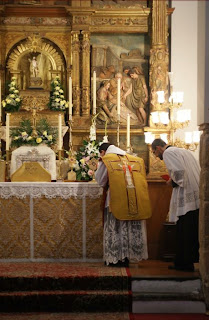 For the most part, barring anything particularly unique or noteworthy, we have concluded our coverage of Holy Week here as of last week -- as has always been our custom.

In that vein of noteworthy events, I was recently sent some photos from the Franciscan Friars of the Immaculate in Griswold, Connecticut (which friary, readers may recall, switched over to the usus antiquior as their primary liturgical form beginning this past Lent as was reported here in early February) which I think fits the bill.

The photos in question, taken during Holy Week, were, to quote, "the first Solemn Masses ever to be celebrated" at this friary and thus certainly mark an important milestone for that community. 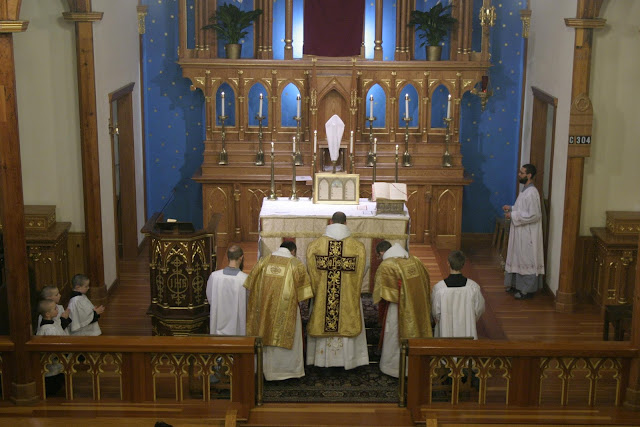 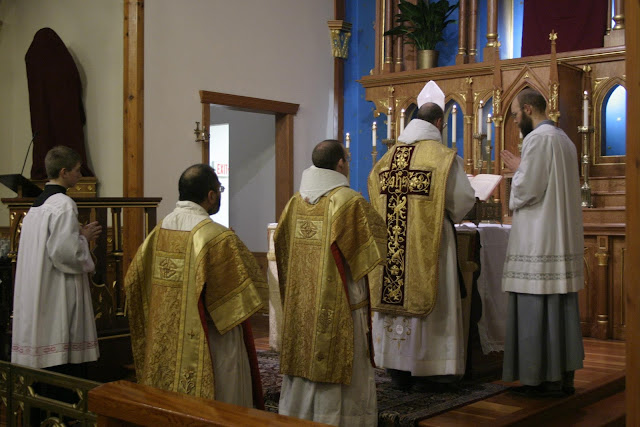 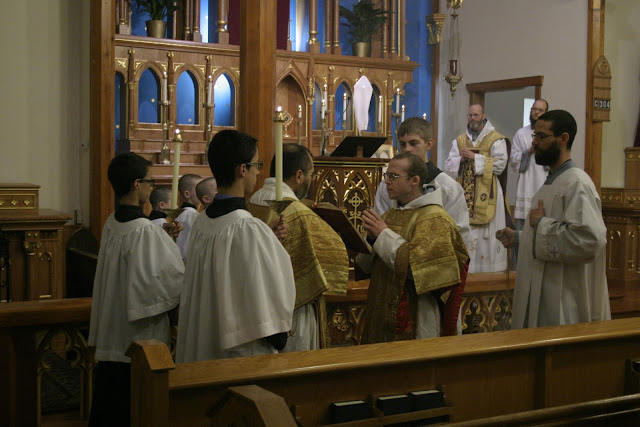 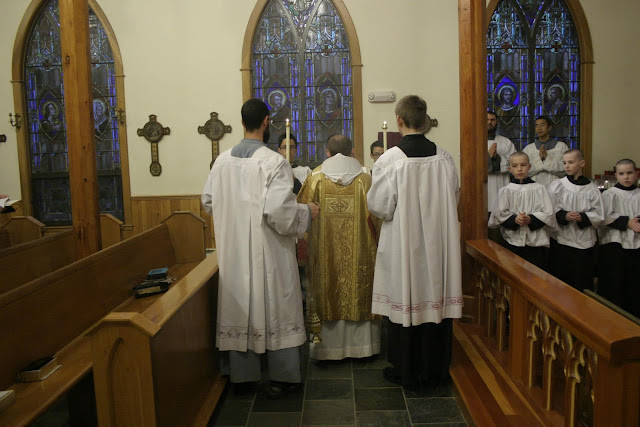 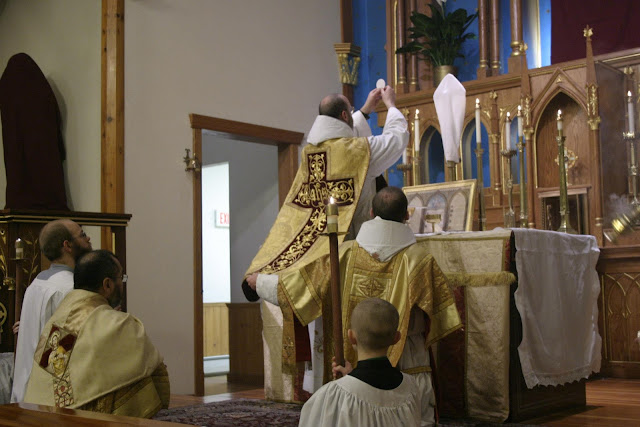 Fr. Santos from Holy Name Church in Providence, Rhode Island and Fr. Murphy from St Anthony of Padua in New Bedford, Mass. assisted in this by lending the friars many of the vestments used for this purpose.
Votive Mass for Blessed Karl of Austria
by Shawn Tribe

On Friday, April 12, 2013 a one day Colloquium was held for Blessed Karl of the House of Austria at Saint Vincent Archabbey in Latrobe, Pennsylvania. The event culminated with a Votive Mass and veneration of the relic of Blessed Karl. The Colloquium and Mass were organized by Br. Nathan Cochran, O.S.B., a monk of Saint Vincent and USA/Canadian Delegate of the Kaiser-Karl Gebetsliga für den Völkerfrieden. In attendance were His Imperial and Royal Highness Georg Habsburg-Lothringen from Salzburg, Austria, a pilgrimage group from Detroit, MI, and members of the Saint Vincent community. Music was provided by the Saint Vincent Seminary Schola and a choir from the pilgrimage group. 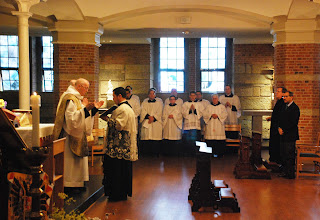 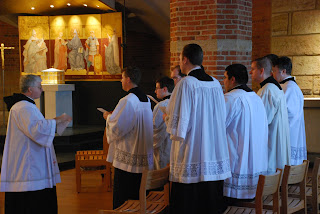 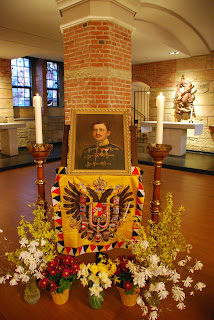 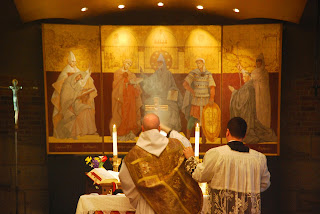 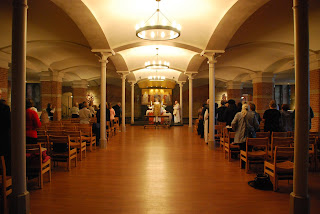 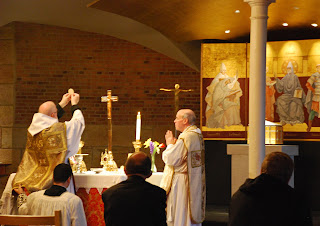 I know that many of you are rather interested in what is going on in the college/university scene liturgically, so I thought I would share the following photos taken yesterday, showing a Missa Cantata in the usus antiquior at Wyoming Catholic College.

The choir sang Palestrina's Missa Aeterna Christi Munera along with motets by Hassler and Victoria, while the schola chanted the propers of the Mass.

It is reported that nearly the whole student body of Wyoming Catholic College was in attendance. 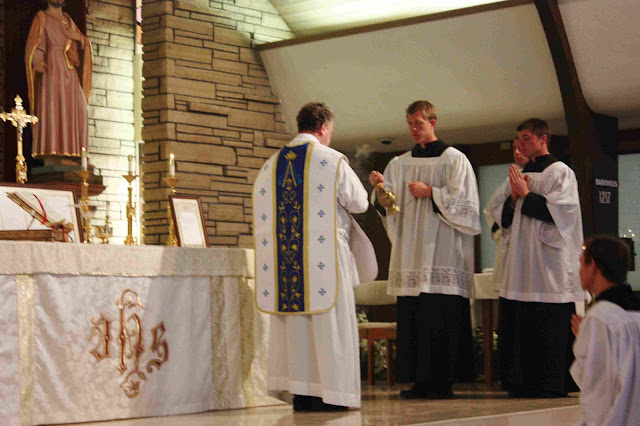 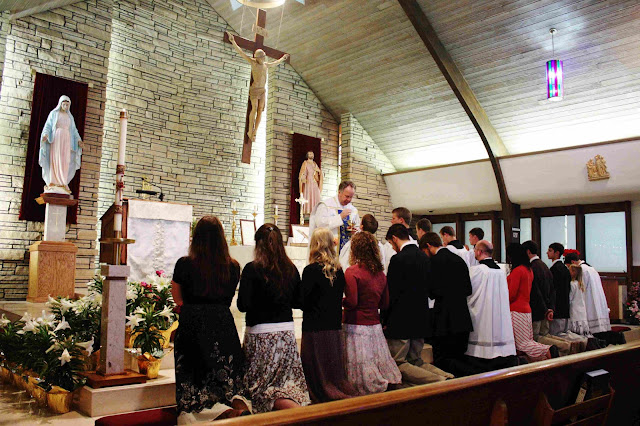 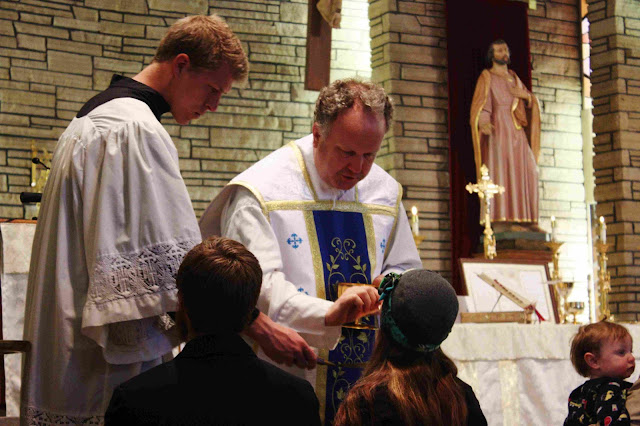 Ordinations at Cistercian Abbey of Heiligenkreuz, Austria
by Shawn Tribe
The blog Sancrucensis, written by one of the monks of Heiligenkreuz Abbey, posts some news and photos on April 7th of ordinations in their abbey church. 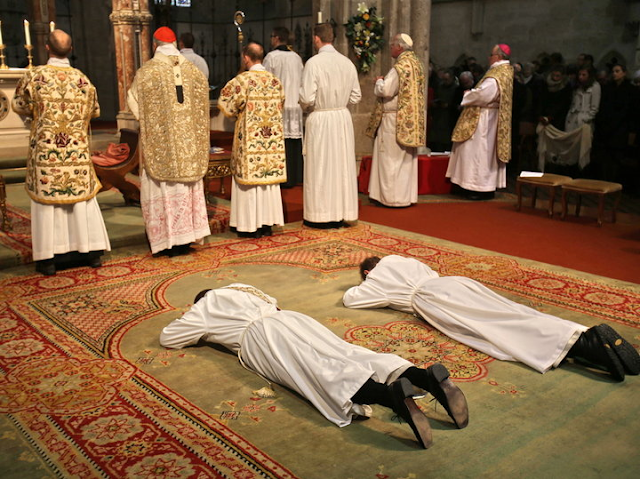 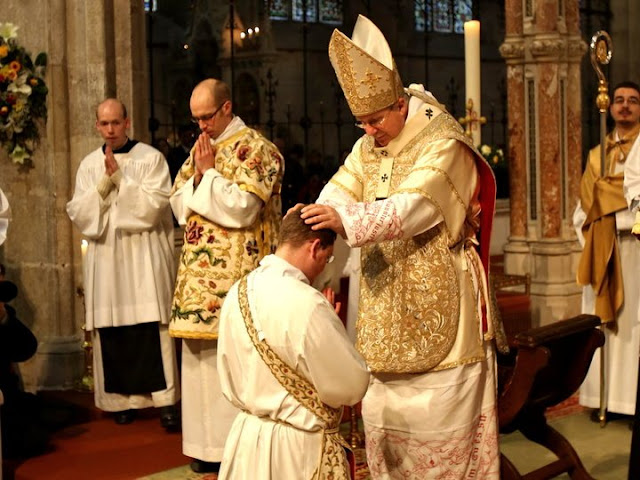 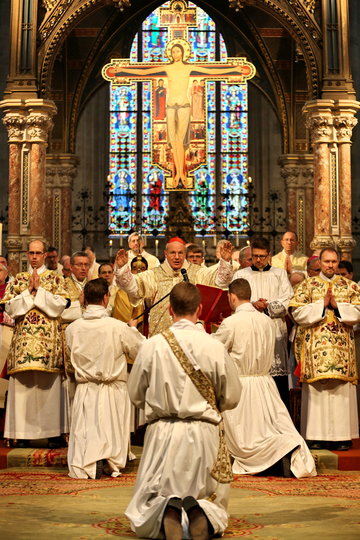