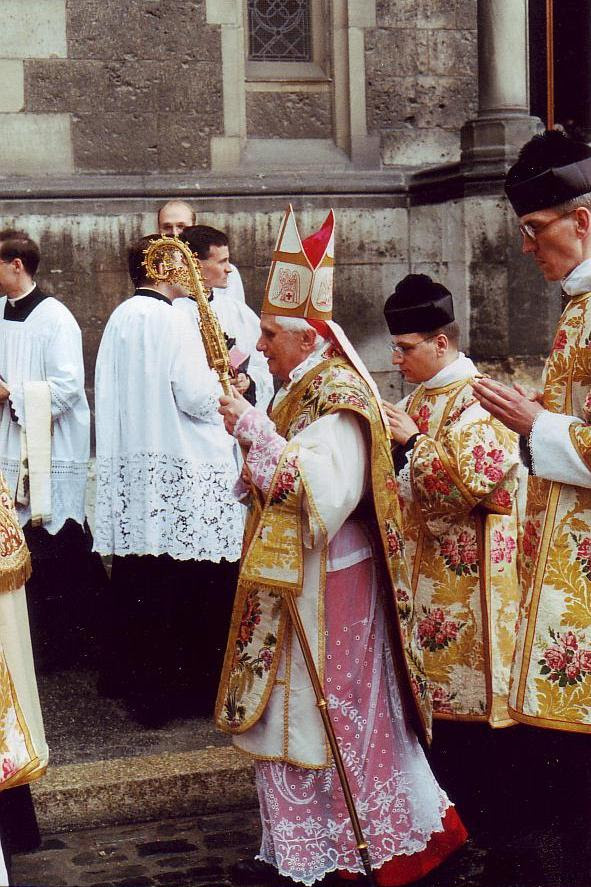 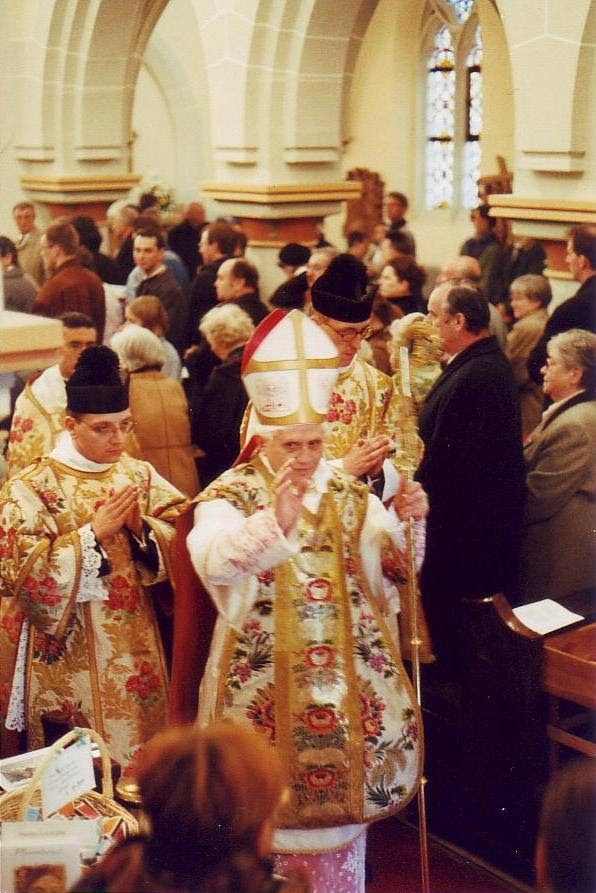 Cardinal Ratzinger celebrates the Tridentine Mass at Wigratzbad, Germany in 1990.
Ever since the implementation of the New Order of the Mass by Paul VI, the world has seen the abuses on the ceremony and the prayers in the New Order of the Mass.
The Catholic Church has never seen a wholesale change to the liturgy, from the Tridentine Latin rite to the new Roman rite, in which many prayers and parts of the Mass have ever been reworded, changed, or even struck out.
According the findings by the Cardinals commissioned by John Paul II the Tridentine Mass was never legally abrogated, which would mean that Catholics have always been allowed to assist at such Mass.
Benedict XVI recently issued a motu proprio entitled Summorum Pontificum, of which are the two beginning words in the document, for the allowance of priests to celebrate in the Extraordinary Form.
Informed sources at the Vatican confirmed that Benedict XVI regularly celebrates according to the 1962 Roman Missal in his private chapel. News also suggest that his personal aides have held things confident, which explains why it wasn’t known earlier.
Very few people have witnessed Benedict XVI celebrates his private Mass. Although he does perform public Masses, however they are in the Ordinary Form as expressed by the motu proprio Summorum Pontificum.