Solemn Pontifical Mass at the Basilica of the Immaculate Conception, Washington DC 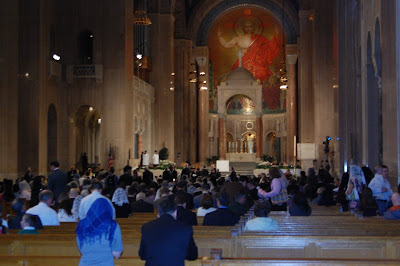 The congregation filled the Shrine to overflowing for today's Pontifical Mass 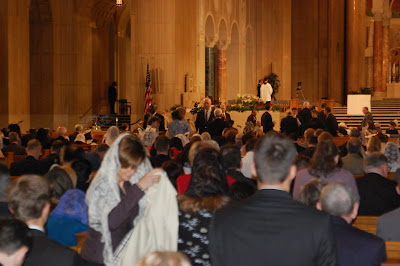 Families, singles, young, old, lay, religious: every facet of the Body of Christ was represented at today's solemn Extraordinary Form Mass at the Shrine. 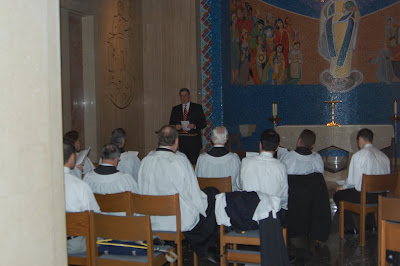 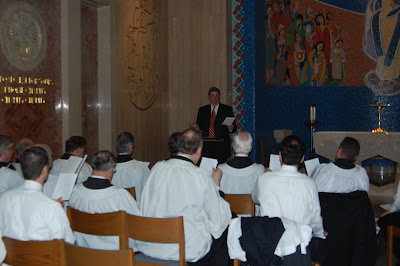 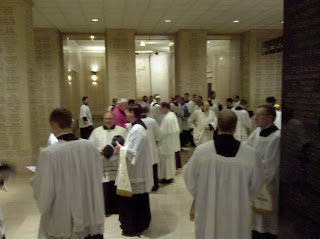 Clergy and servers prepare for the procession which began today's holy Mass. 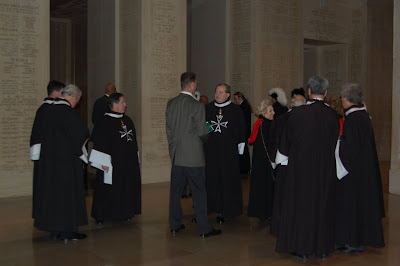 The knights and ladies of Malta in formal regalia 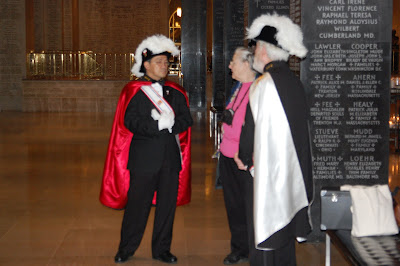 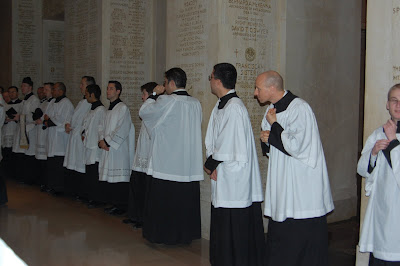 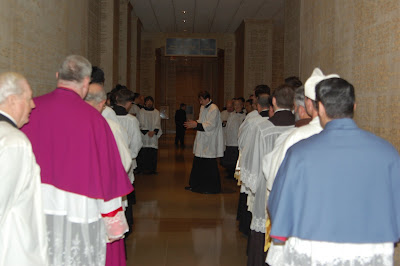 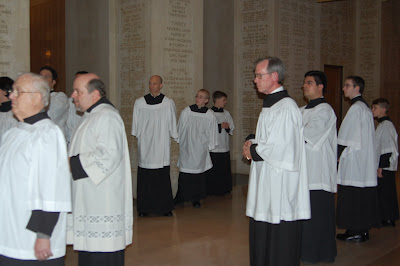 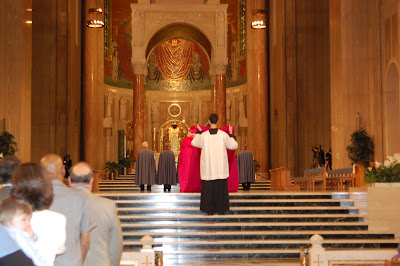 The cappa magna: His Eminence William Cardinal Baum attended the Mass in choro 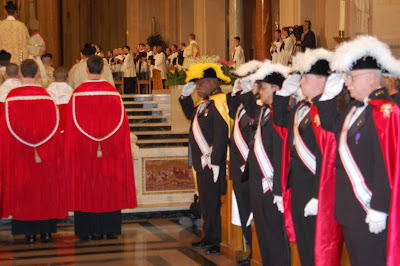 The sacred ministers enter the sanctuary 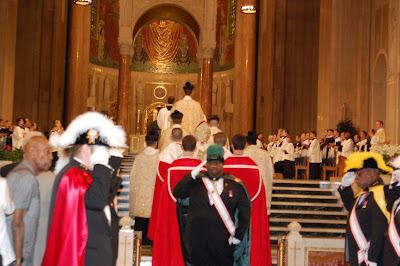 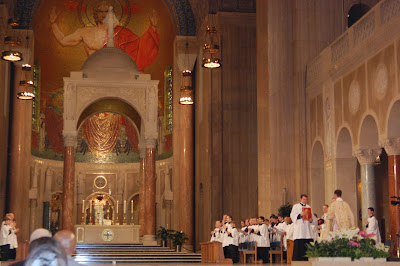 View of the baldacchino over the high altar 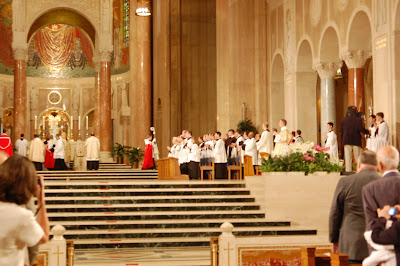 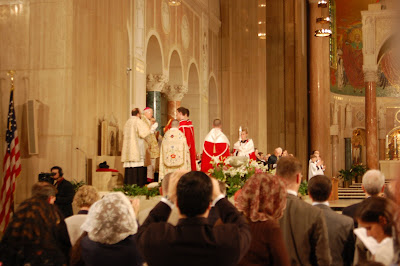 Bishop Slattery at the chair 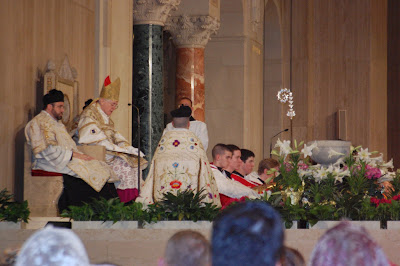 Bishop Slattery's homily on suffering with Christ for the sake of holiness was simple, profound, moving, timely. He spoke glowingly of the humility and effective leadership of our Holy Father, His Holiness Pope Benedict XVI, for whom today's Mass was offered on the fifth anniversary of his elevation to the See of Peter 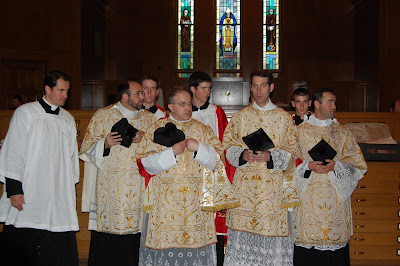 The liturgical ministers after today's Mass 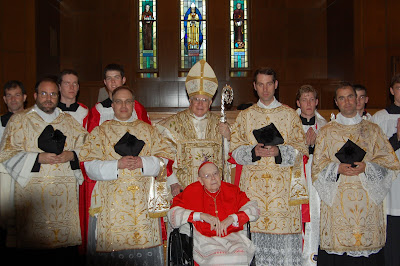 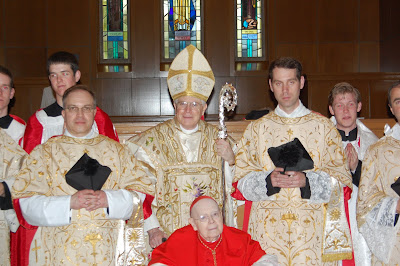 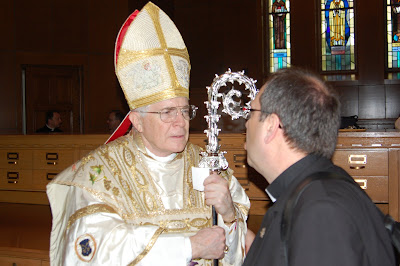 The Shrine was filled today with a standing room only crowd for the 1:00 pm Mass in the Extraordinary Form. Bishop Slattery of Tulsa was the celebrant and delivered a timely and moving homily of support for our Holy Father and suffering humanity.

Seminarians, priests and men religious were seated in the sanctuary together with acolytes. Many families, consecrated men and women and young people were present at the Mass. This extraordinary form celebration of holy Mass made this an extraordinary day in which history was made.

Much thanks is due to the Paulus Institute and all who supported today's liturgy which was a resounding success for advancing the reforms of His Holiness Pope Benedict XVI and the restoration of the sacred in the universal Church.
fonte. A priest life