Romano Amerio on the Role of Public Opinion in the Church 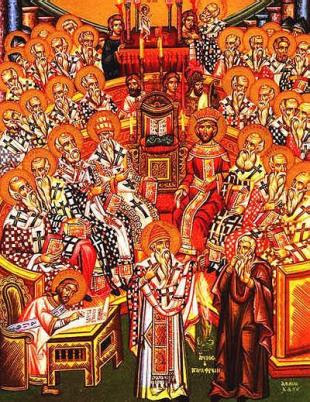 From the English translation of Iota Unum: A Study of Changes in the Catholic Church in the XXth Century, published in Italy in 1985:


Cardinal Suenens [a Belgian prelate and an influential liberal at the Second Vatican Council] asserted in an interview that “most importantly, after the council there was a recognition of public opinion in the Church. This is something that is relatively new in the Church.”

This is hardly exact. What sort of recognition of public opinion is the Cardinal calling “new”? It is impossible to deny that the mass of the laity have had an important influence on the hierarchy. In early times, decisions were made in assemblies of the faithful that used the expression “It has pleased the Holy Spirit and us.” And what were the swarms of heresies in the early centuries if not important expressions of public opinion? And when the mediaeval laity inaugurated movements like that of the Flagellants, or set off in search of martyrdom, or rose up against clergy who kept concubines or preached heresies; and when St. Thomas periodically attended gatherings at which he gave extempore answers to theological questions asked by the ordinary people of thirteenth century Paris; and when humble folk rioted in favor of the doctrine of the Immaculate Conception, and pulled those who preached against it from their pulpits in the seventeenth century; and when theological disputes on such matters as Jansen’s teaching divided not only courts and intellectuals, but the unlettered multitude and overflowed into politics in the eighteenth century; and when the doctrine of papal infallibility was debated in a thousand books, pamphlets and papers in the nineteenth; was there then no public opinion in the Church?
…
[Nevertheless] there is a conflict between a process of democratization and the divinely constituted nature of the Chuch. There is a difference, indeed a contradiction, between the Church of Christ and a civil community: the latter exists prior to the form of its government, and hence societies are the source of every jurisdictional set of arrangements they may institute, and they retain the ultimate right to vary those arrangements as well. The Church, on the other hand, did not form itself, nor did it establish its own government; in its essentials it was established in toto by Christ, who established its laws and laid down its constitution before summoning mankind to join it: Christ’s faithful are truly a new creation. The Church is therefore a unique kind of society, in which the head exists before the members and authority exists prior to the community.
Any view that sees the Church as being based upon the people of God, conceived of in a democratic sense, or based upon public opinion among the laity, is at odds with the reality of the Church, in which authority is not something which is summoned forth from the body, but something which summons men to action, and in which all members are servants of Christ, bound by his commands. Any view that gives the laity a voice in decisions on the ground that the laity are “the soverign people,” is an inversion of the essential structure of the Church. The fact that this distinction between ecclesiastical and civil government is generally recognized, at least in words, is not enough to remove the de facto contradiction created by attempts to democratize the Church (Amerio 520, 522-523)