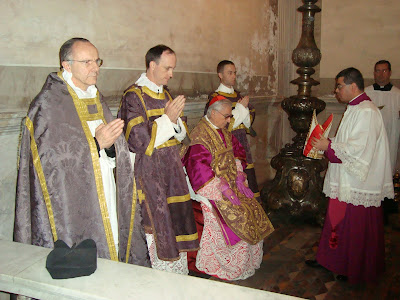 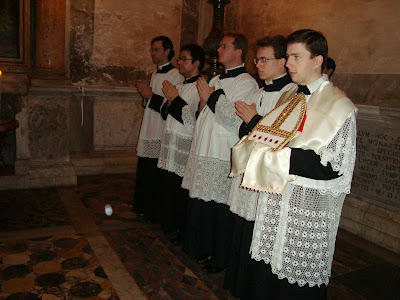 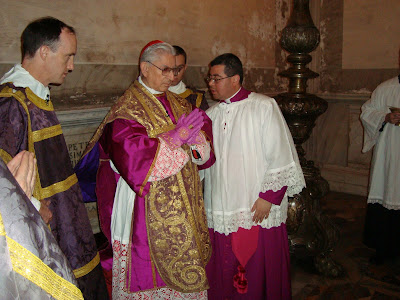 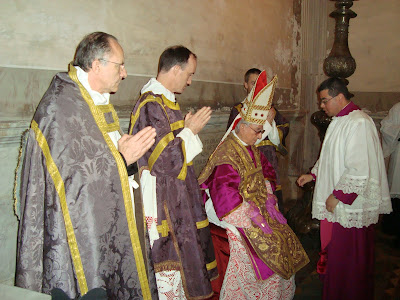 In the vestibule of the Basilica, with its canted corners, His Eminence vested for Mass. The basilica itself is located in the old frigidarium of the Baths of Dioceltian, and thus the name: Basilia of St. Mary of the Angels 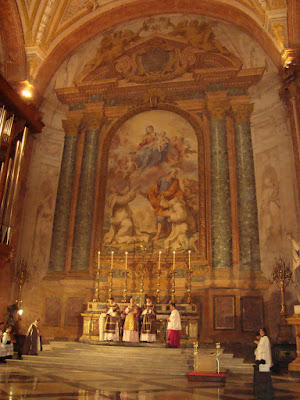 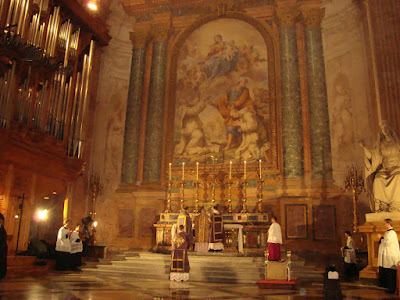 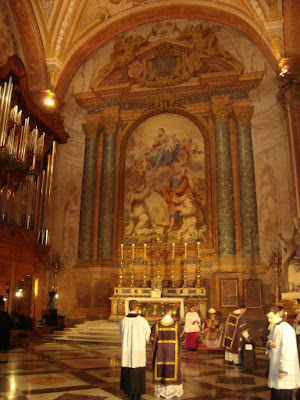 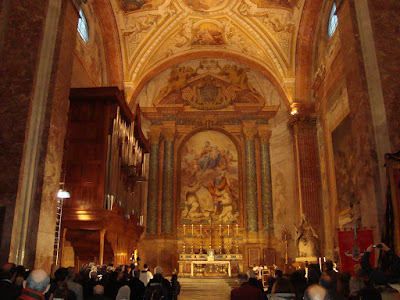 Spectacular to see the striking display of the magnificent scale of Roman constructions (and to think that this is only a side chapel)! Mass was sung in this, the Chapel of St. Bruno. The giant organ on the left was installed in the Holy Year 2000. Notice the apsidial wall, which is flat, with the illusion of perspective. The framed image is that of the apparition of Our Lady to St. Bruno with a top inscription: "State ed Videte Magnalia Domini" from Exodus chapter 14. 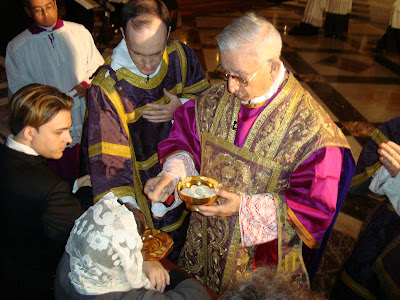 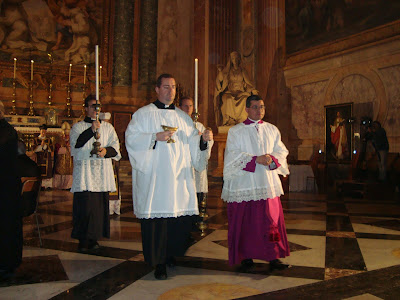 "La belezza del sacro," as they say in Italy.