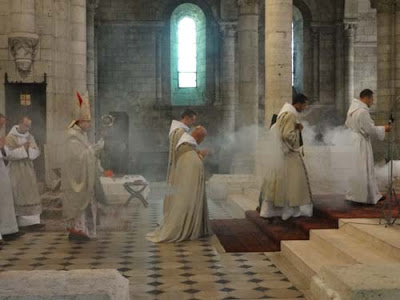 By way of the Polish blog Nowy Ruch Liturgiczny, and in turn by way of the Spanish blog Acción Litúrgica, I came across the following photographs made available on the website of the ICRSS, showing Cardinal Burke offering Mass on August 22nd in the usus antiquior in the French Benedictine Abbey of Notre-Dame de Fontgombault.

Before we proceed to the photos however, I wanted to point out that the Cardinal is seen here wearing a very ample, conical chasuble -- a delight to see; and this said, let it be noted, as one who has a great appreciation for baroque vestments as well. This particular set of vestments was designed by Dom Hans Van Der Laan, OSB, (1904 - 1991) of the Abbey of Oosterhout in the Netherlands. He in fact designed a number of different vestment sets in this style, some more ornate, which are also now housed in Fontgombault, and which we featured here just over a year ago: The Vestment Work of Dom Hans Van Der Laan, OSB, Abbey of Oosterhout, The Netherlands.

I would encourage you to take a look at them. 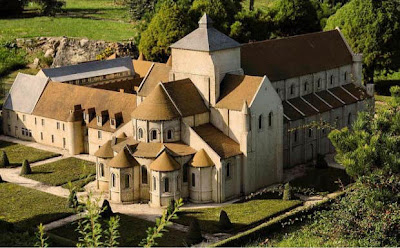 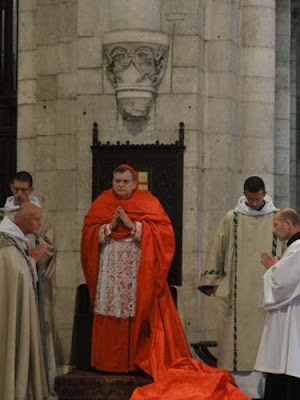 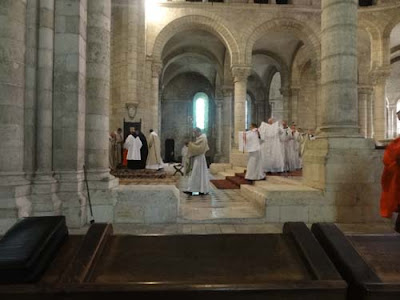 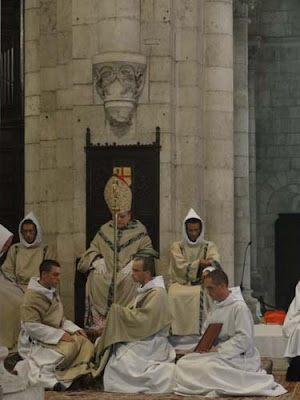 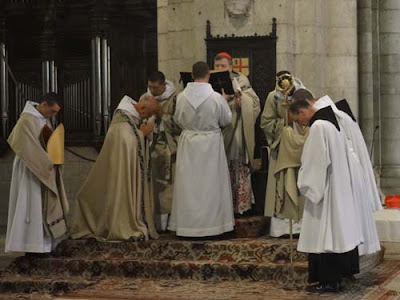 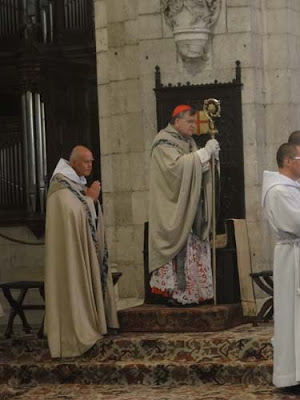 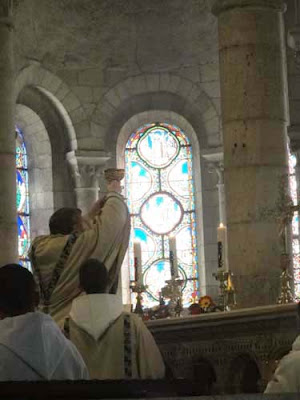 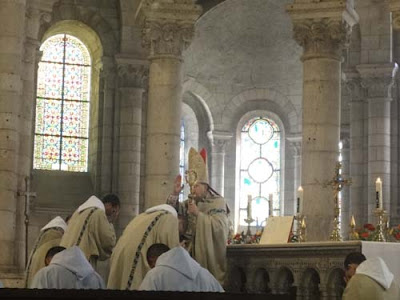 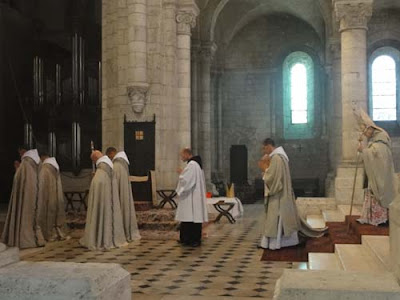