For the Whole Church – Report on the Conference of the Society 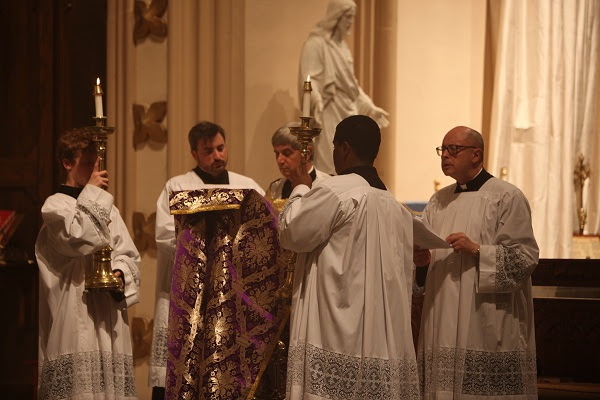 Vespers on Friday Evening.
“For the whole Church…” This weekend we enjoyed a special opportunity to get to know the extraordinary variety  of the Traditionalist movement across the world. We  in America  encountered leading intellectuals who have become, each in a different capacity, spokesmen for Tradition. For the visitors from Europe, it was a chance to experience the flourishing  life of a post-Summorum Pontificum community in a diocesan parish.  The liturgical aspects of the weekend were also ” extraordinary” in a number of respects. We at the Society of St. Hugh of Cluny seem to be forming our own tradition of scheduling “events”  on days with (a) unfavorable weather and (b) unusually demanding liturgical requirements. For who could forget the Friday Evening Vespers and then the Solemn Mass for Ember Saturday with the chanting of the five lessons from the Old Testament, culminating in the song of the three youths in the fire? Our thanks to the clergy (Fr. Greg Markey, pastor; Deacon Steve Genovese and Fr. Richard Cipolla) and the masters of ceremony and servers of St Marys’ parish,   and also to the schola of the parish under the direction of Mr. David Hughes.  Our thanks also to  women of the parish who labored devotedly for long hours over the weekend to assure the uniformly high quality of the parish hall facilities, the food and the refreshments throughout the conference. 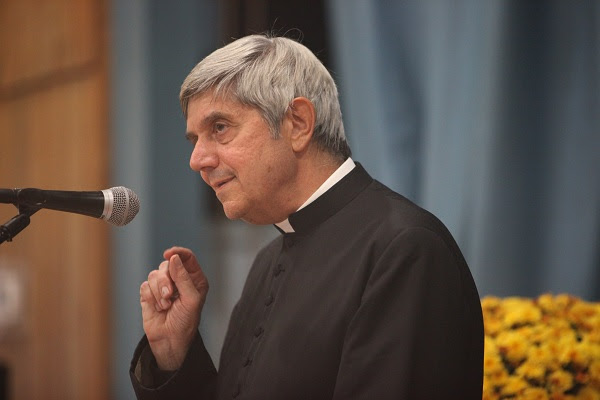 Fr. Cipolla, in the conference’s first presentation Friday evening, spoke of what is happening at St Mary’s parish as a result of Summorum Pontificum and Universae Ecclesiae. The profound effects are felt on both the spiritual and physical planes. A major repainting and restoration of the interior of the church, for example, is continuing subsequent to the restoration of the extraordinary form liturgy. 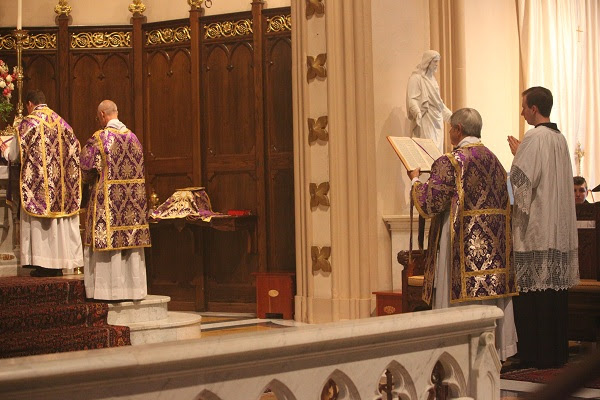 The chanting of the lessons on Ember Saturday. 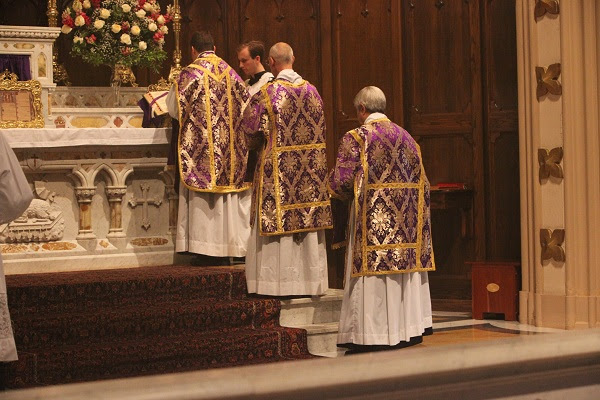 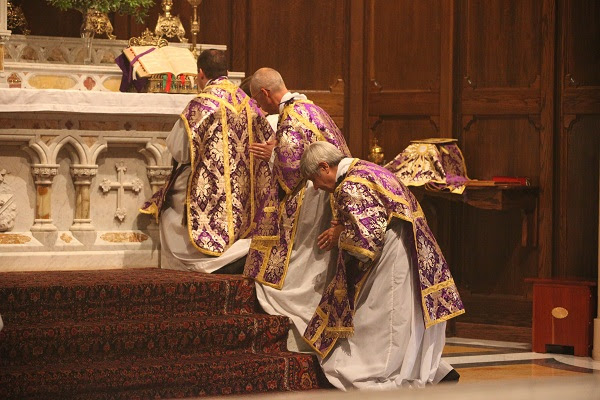 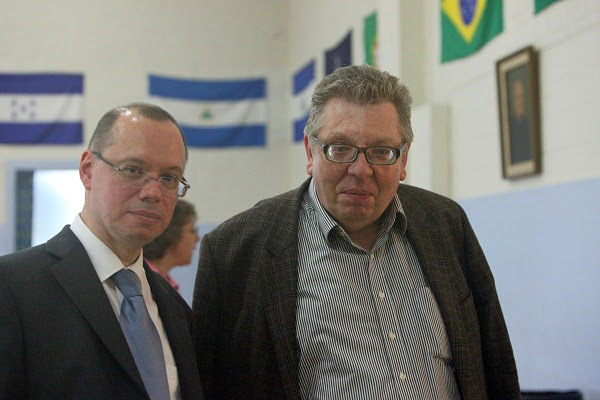 Prof. Luc Perrin (left) gave us a whirlwind tour of the history of French Traditionalism, its status and future. His report on the current state of ‘Frenchchurch” is understandably bleak. Objectively speaking, the number of Traditionalists is small and the hostility of the episcopate overwhelming.  But I think that the nation which upheld the cause of Tradition for so many years still has many sprititual gifts to offer to the world.  Dr. Lorenz Jaeger (right) offered a series of philosophical and scriptural reflections on liturgy, faith and modernity.  The liturgy of the morning, in which the readings reached back to the detailed provisons of Leviticus served as an (unintentionally) appropriate background for Dr. Jaeger’s presention.  For the exacting liturgical requirements of the Old Testament and the heavenly liturgy set forth in book of Revelation in the New lead us to a philosophy of the liturgy in which Traditomnalism is a natural consequence. 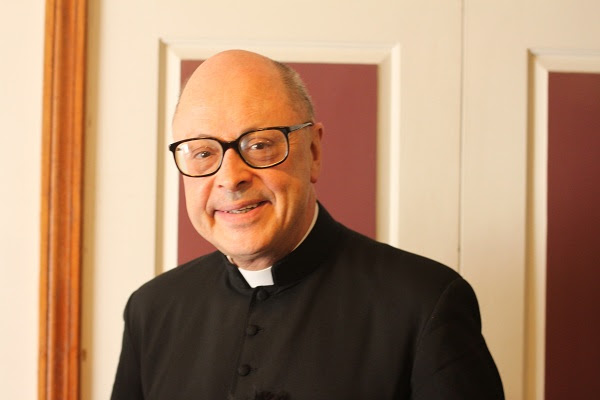 Monsignor Ignacio Barreiro provided a detailed legal analysis of Universae Ecclesiae and its significance for the Traditonalist movement. First, he situated this document – and Summorum Pontificum as well – in the context of the writings of Pope Benedict- both as cardinal and supreme pontiff – on the liturgy. Then, Monsignor Barreiro demonstrated how the new Instruction confirms the liberating effect of Summorum Pontificum against those who wanted to redefine it as merely another variant of an “indult.”
The conference concluded with a lively dialogue among the speakers and with the audience. I should add that there was opportunity during and after the conference for all of us to get to know each other better. That, after all, was one of the Society’s main aims in organizing this event. In his presentation, Prof. Perrin spoke of the preexisting “networks” in France that enabled the survival of the Traditional liturgy in that country. Going forward, we at the Society of St. Hugh of Cluny hope to facilitate the establishment of such networks in this part of the country through further events as time and resources permit.