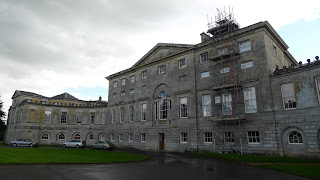 We have mentioned the recusant chapel in Wardour Castle on more than a few occasions here, including for reason of its fabulous collection of historic vestments.

Recently, it was reported to us that the Knights of Malta in England held a day of recollection there. From the Order:

Last Saturday some two dozen members of the Order, Companions and guests gather at All Saints Chapel, Wardour Castle, where we were made very welcome by Lord and Lady Talbot of Malahide.

The day begin with Rosary, followed by Fr Gerard Deighan's first conference, on the subject of Temptation, based upon the text of Abraham's sacrifice of Isaac. Sung Mass of the feast of the day, St Joseph Calasanctius, and Sext followed, and then everyone repaired to the delightful setting of Pythouse Kitchen Garden for lunch, accompanied by the Order's wines from Magione.

The second conference was on the Sacrifice of the Mass, and based upon the same text as the morning conference, Fr Deighan developed the connection bewteen these two seemingly separate aspects of our Faith. Afterwards Lord Talbot gave a talk on the history of his Chapel.

Exposition and Benediction concluded the day, before we were invited to afternoon tea in her garden by Lady Talbot.

A full photo gallery has been made available and here are a few selections from it. 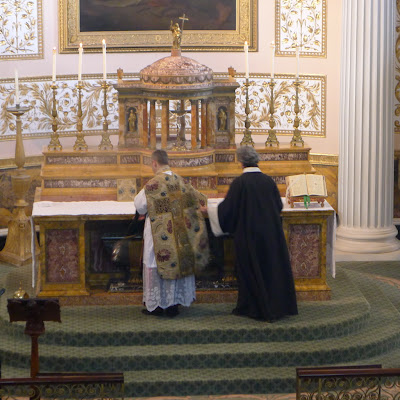 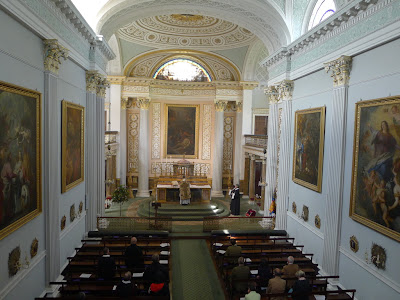 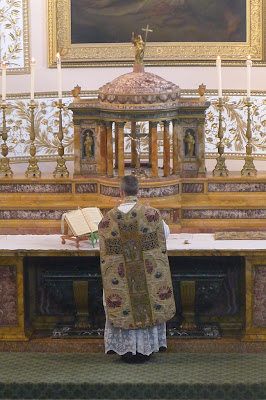 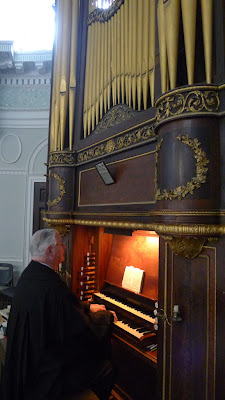 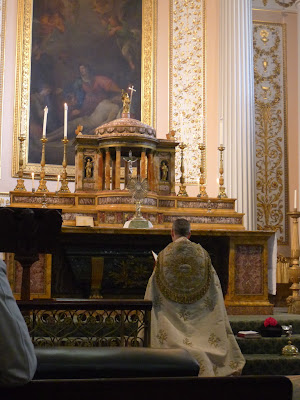 Do take a moment to enlarge this and read the interesting commemorative. Two more are available in the photo gallery.
http://www.newliturgicalmovement.org/