Brother Nicholas Edmonds-Smith was ordained priest on Saturday 1st October. Father Nicholas, originally from Cape Town, completed his studies with the Dominicans at the Oxford Blackfriars. 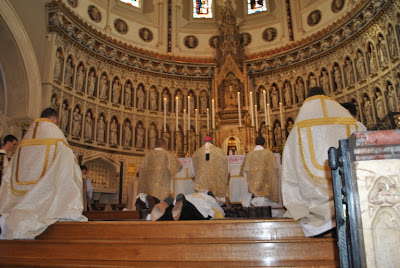 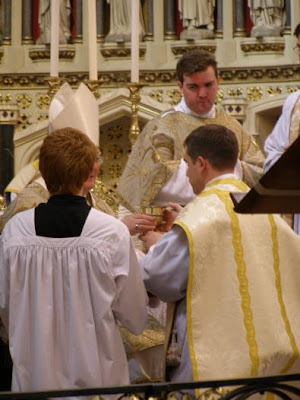 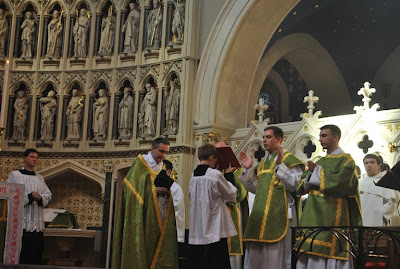 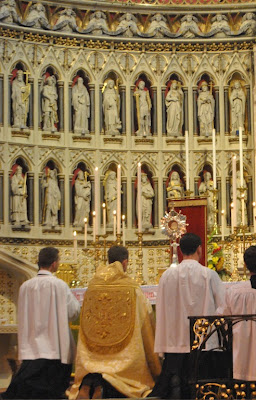 (First Benediction)
The next weekend was Newman’s Day (9th October) – many walked to Littlemore the night before to commemorate the arrival of Blessed Dominic Barberi (yes, yes, we know he himself took a cab), and on the Sunday large crowds gathered to celebrate the Mass of our new Beatus, including a group from Canada and another from the Philippines.

One week more (14-16 October), and we had our annual Forty Hours Devotion (Quarant’Ore) when the Blessed Sacrament was exposed in a sanctuary full of splendour; many prayed all night, many more came during the daytime, to pray for the needs of the Church and the World. The opening ceremony was a full High Mass in the Extraordinary Form, followed by Litanies. Boys and girls of “Young Oratory” spent the Friday evening in church, until at midnight the Dominican Friars came to lead us all in Compline, ending with their own traditional chant of the Salve Regina; before dawn the Sisters of « The Work » came to join us for Matins and Lauds. There was an extra Mass at 6:00 am, and all our usual Masses and times of Confession during the days. And all concluded with sung Vespers of the Blessed Sacrament, a Procession and Benediction. Sacristans, musicians, flower-arrangers and masters of ceremonies worked hard to provide an occasion for many to be still in the presence of the Lord. 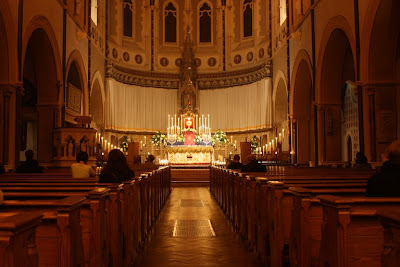 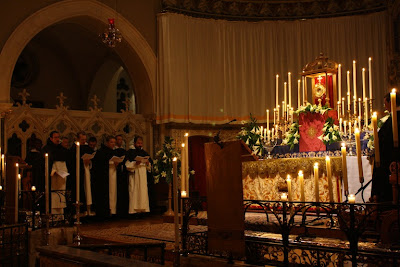 There are now eight priests and the one novice in the Oxford Oratory, sharing a house with eight rooms – so one is having to live in the cellar. This makes it even more urgent than ever to get our new building constructed: it has taken several years to perfect the design, and to go through the innumerable complicated processes required by modern planning laws. Now we have “gone to tender”, inviting contractors to offer a price and a time-scale for the First Phase. That means the accommodation block, providing another five study-bedrooms, and the Library, so that our scattered collections can at last become accessible; beneath that will be greatly improved facilities for parish meetings, catechism classes, study groups, the Secular Oratory and all the many activities that circle around the Church. 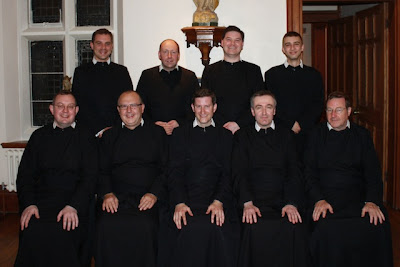 God willing, the First Phase should start in January, and be completed by the autumn of 2012. The Second Phase will be the great Newman Chapel, the Baptistery and courtyard: it may take a bit longer, for an obvious difficulty has been raising money in the present state of global economic disaster. The parishioners who attend Mass regularly at the Oxford Oratory Church have managed to raise an average of two thousand pounds each (over three thousand dollars), which is remarkable when you remember a large proportion of them are under ten years old, and the others have to cope with the costs of bringing up the under-tens!

So we look to friends elsewhere to make up the difference. Contributions, which can be spaced out over five years, can be made through “PayPal” or other means, using the “JustGiving” facility which is accessed through our Website. The names of all benefactors are recorded in a book which is placed on the altar during the weekly Mass for Benefactors, although special benefactors will be invited to suggest names for more public commemoration.