Campos: Cornerstone blessing and First Mass in new Seminary Chapel . The motivation behind the New Mass? A liturgy for the World 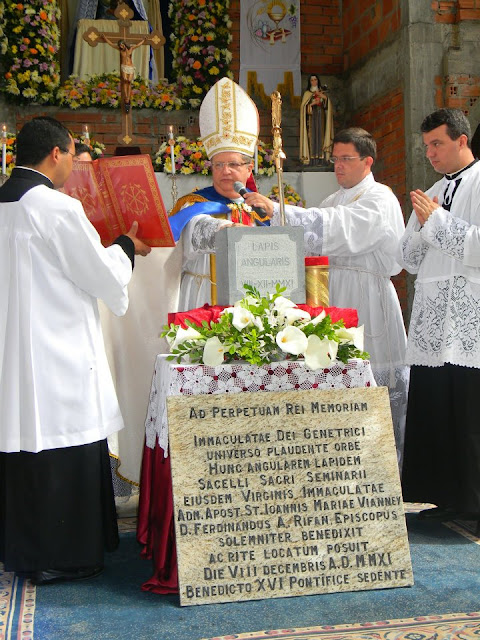 Bishop Fernando Rifan, Apostolic Administrator of the A.A. Saint John Mary Vianney, in Campos, Rio de Janeiro, Brazil, blessed the cornerstone of the new Seminary Chapel on the Feast of the Immaculate Conception. Following the ceremony, the Chapel housed the first of the countless Sacrifices that will be celebrated in that sacred space.
Read more »

The Roman Rite: Old and New - IX
The motivation behind the New Mass? A liturgy for the World

In the ninth installment of Don Pietro Leone's "The Roman Rite: Old and New", the author concludes the second part of his study, going to the core of the motivation behind the New Mass, the revolutionary change that was not ordered by the Council: a liturgy made for the world, for a Church that wants to be "accepted" by the World, "loved" by Protestants, understood and engaged with Modernity. Behold the thinking of The Architect, Archbishop Annibale Bugnini. Behold the Liturgy of Man.
____________________________________________ 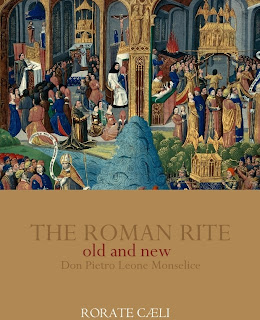 Motivation [behind the New Mass]: Rapprochement with the World
In the first part of this essay, we considered the ecumenical motivation of the changes made to the Old Rite, in other words the motivation of rapprochement with Protestantism; in this second part, we consider the motivation of rapprochement with the world.
Evidence of such motivation may be found in the works of Mgr. Bugnini (“La Riforma Liturgica”), and of four of his collaborators, Fathers Augé (on the Collects), Raffa (on the Secrets), Fervetti (on the Postcommunions), and Braga (on the New Roman Missal and the Propers of the Saints): see the respective articles in “Ephemerides Liturgicae” 84 (1970).
Mgr. Bugnini speaks of “adaptations” (La Riforma Liturgica III 25.1 p.391[1]); Fr. Augé speaks of abridging texts that were “too negative, moralizing, or polemical” (p. 298); Fr. Braga speaks of “not putting in difficulty the psychology of the man of to-day who has other problems, a different way of thinking, and also lives in a different material and disciplinary situation: non porre in difficoltà la psicologia dell’uomo di oggi, che sente altri problemi, ha un diverso modo di pensare, vive anche in una situazione materiale e disciplinare diversa” (p. 272).