by Shawn Tribe
Festal liturgical photos tend to beget more festal liturgical photos and as often as not this is a great blessing, which is certainly the case here. One of our readers send in news and photos of a Solemn Mass offered at the Gesu Catholic Church in Miami, FL on the Solemnity of the Assumption, a church which, to my knowledge, has never been featured here before:

The Gesu Church is a Jesuit parish and also the oldest parish in the City of Miami. This was the first time in over a decade that the high altar was used again for Mass. The Mass was served by the members of the Latin Mass community in Miami, assisted by the Rev. Dr. Edward Schaefer as deacon, Rev. Fr. Joseph Fishwick as subdeacon, and Rev. Fr. Christian A. Saenz, SJ celebrating. The Schola was formed from volunteers from around Archdiocese of Miami and the State of Florida under the direction of Dr. Jennifer Donelson, who teaches at Nova Southeastern University. The organist Matthew Steynor (Trinity Cathedral) included the follwing pieces:

The Mass was was also simulcast with Spanish translation on the Archiodiocese radio station.

We are told that another solemn Mass is being scheduled at Miami's Cathedral of St. Mary for the feast of the Exaltation of the Cross on September 14th. 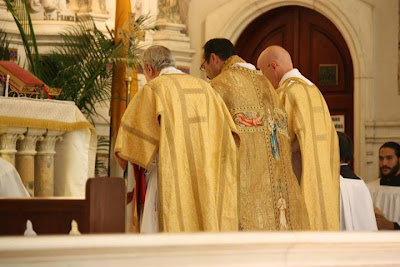 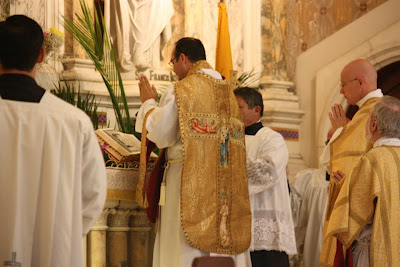 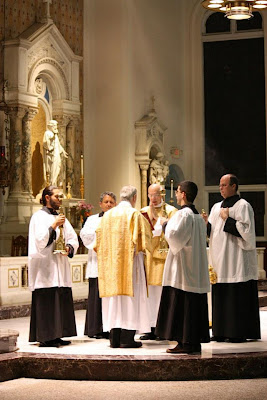 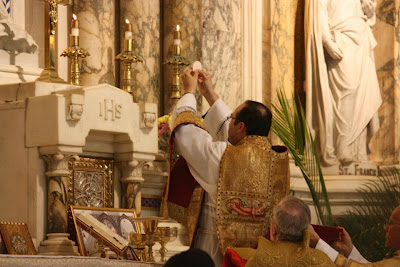 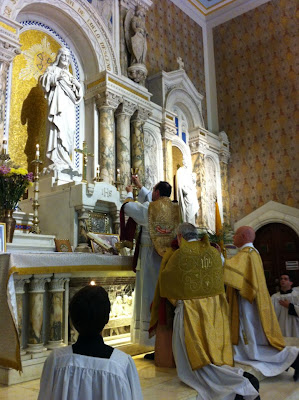 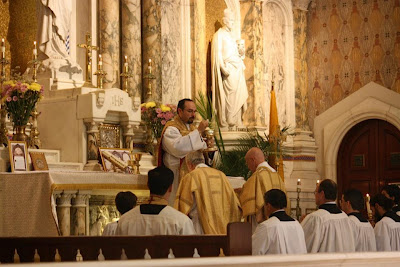 by Shawn Tribe
By way of one of our readers and also by way of Accion Liturgica, a few photos coming from the first Masses of two priests of Santa Maria Reina.

We begin with that of Fr. José Manuel María in his home parish, the church of Santa Eulalia de Meira in Moaña, Pontevedra. 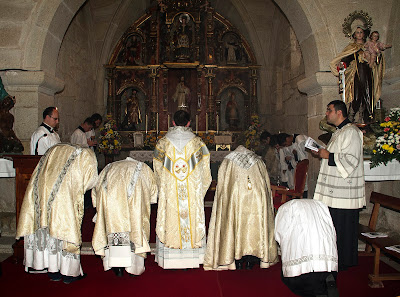 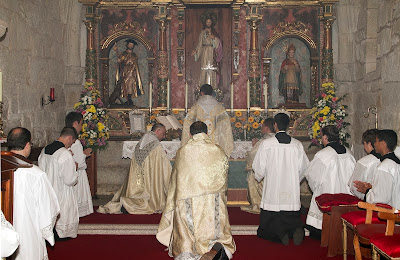 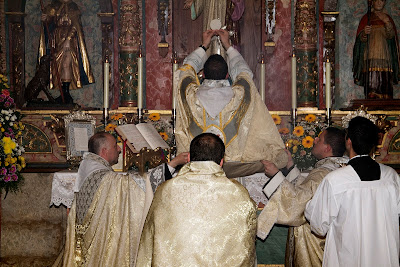 * * *
Our second set of photos are from Fr. Carlos María's first Mass in his home church of San Martín de Noya. 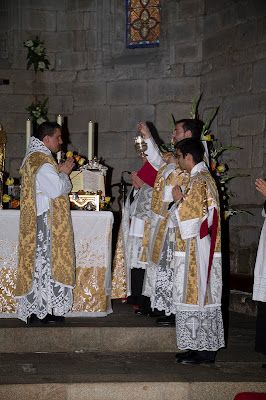 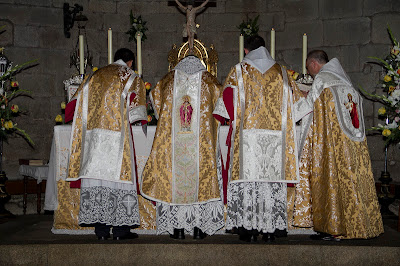 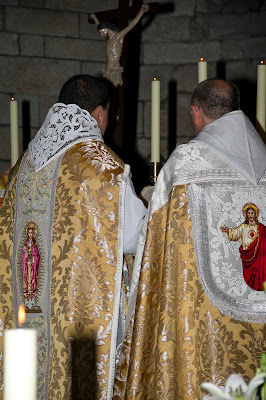 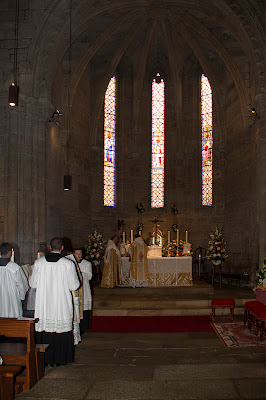 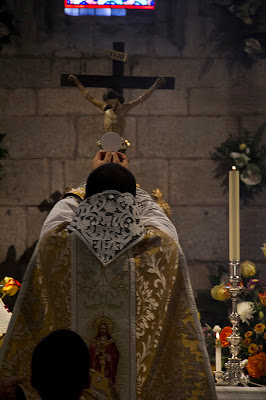 by Shawn Tribe
Continuing on with some of our coverage of the Feast of the Assumption we turn to the Mater Eccelsiae community in Merchantville, New Jersey who report a very healthy turnout of over 1000 people. 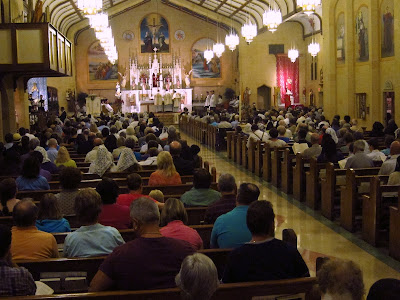 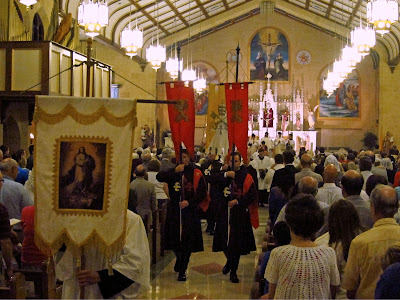 * * *
Next on the agenda is a Mass offered in the usus antiquior at the Cathedral of Saints Eunan and Columba, Letterkenny, County Donegal, Ireland. The celebrant and homilist was Fr Joseph Briody. Approximately 300 people were in attendance. 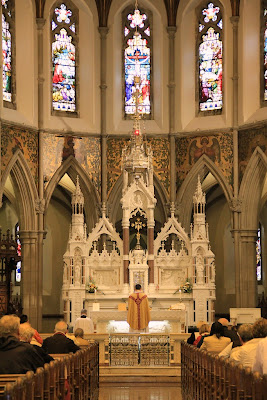 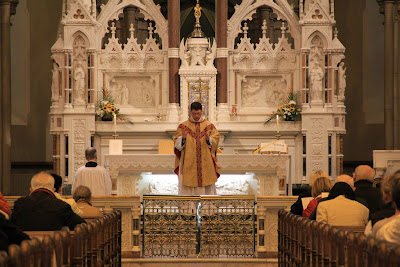 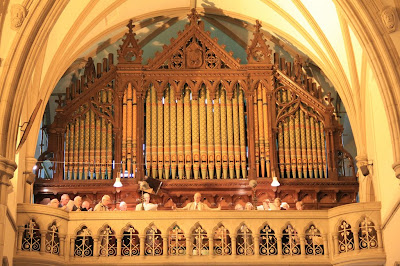 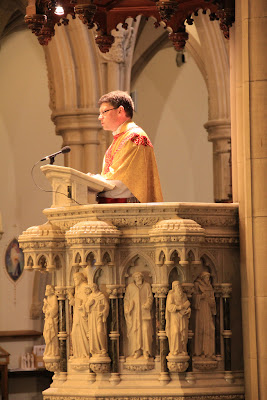 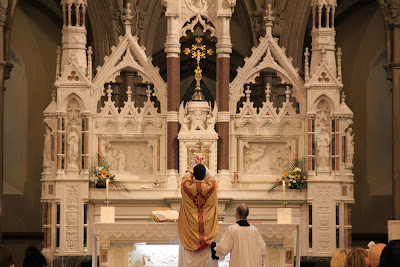 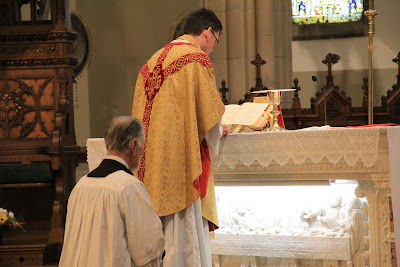 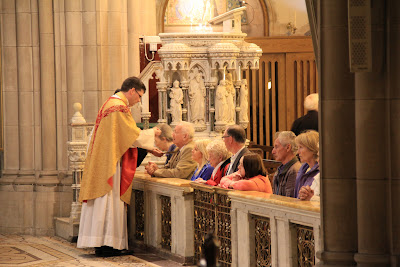