Short stories of Purgatory -A remarkable collection of visits from the souls in Purgatory to various Saints and Mystics.

Amazing stories from Purgatory and the afterlife 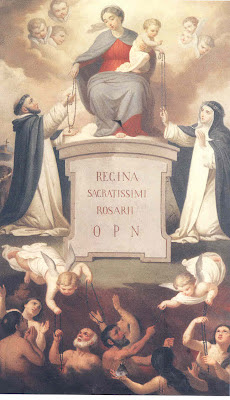 Short stories of Purgatory -A remarkable collection of visits from the souls in Purgatory to various Saints and Mystics.

“I know when you pray for me, and it is the same with all of the other souls here in Purgatory. Very few of us here get any prayers; the majority of us are totally abandoned, with no thought or prayers offered for us from those on earth” (Message from a soul in Purgatory)

Over the years of studying the lives of the mystics of the Church I have amassed a large number of eye witness accounts from various books and manuscripts of the appearances of the souls in Purgatory to a number of persons-- a good number of these accounts are not widely known, so I thought it would make a very interesting study to compile a number of shorter accounts from a variety of sources for those interested in this subject.

St Padre Pio’s visions of the souls in Purgatory


In May, 1922, Padre Pio testified the following to the Bishop of Melfi, His Excellency Alberto Costa and also the superior of the friary, Padre Lorenzo of San Marco along with 5 other friars. One of the five friars, Fra Alberto D' Apolito of San Giovanni Rotondo wrote down the account as follows:

"While in the friary on a winter afternoon after a heavy snowfall, he was sitting by the fireplace one evening in the guest room, absorbed in prayer, when an old man, wearing an old-fashioned cloak still worn by southern Italian peasants at the time, sat down beside him. Concerning this man Pio states: ‘I could not imagine how he could have entered the friary at this time of night since all the doors are locked. I questioned him: 'Who are you? What do you want?'

The old man told him, "Padre Pio, I am Pietro Di Mauro, son of Nicola, nicknamed Precoco." He went on to say, "I died in this friary on the 18th of September, 1908, in cell number 4, when it was still a poorhouse. One night, while in bed, I fell asleep with a lighted cigar, which ignited the mattress and I died, suffocated and burned. I am still in Purgatory. I need a holy Mass in order to be freed. God permitted that I come and ask you for help."
According to Padre Pio: "After listening to him, I replied, 'Rest assured that tomorrow I will celebrate Mass for your liberation.' I arose and accompanied him to the door of the friary, so that he could leave. I did not realize at that moment that the door was closed and locked: I opened it and bade him farewell The moon lit up the square, covered with snow. When I no longer saw him in front of me, I was taken by a sense of fear, and I closed the door, reentered the guest room, and felt faint.”

A few days later, Padre Pio also told the story to Padre Paolino, and the two decided to go to the town hall, where they looked at the vital statistics for the year I908 and found that on September 18 of that year, one Pietro Di Mauro had in fact died of burns and asphyxiation in Room Number 4 at the friary, then used as a home for the homeless. 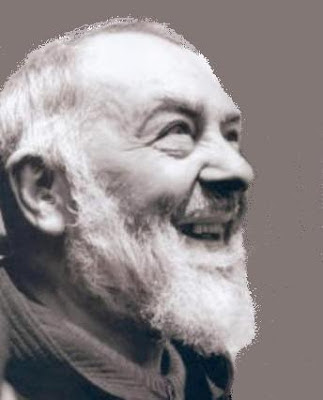 One evening, when I was absorbed in prayer in the choir of the little church I was shaken and disturbed by the sound of footsteps, and candles and flower vases being moved on the main altar. Thinking that someone must be there, I called out, "Who is it?"

No one answered. Returning to prayer, I was again disturbed by the same noises. In fact, this time I had the impression that one of the candles, which was in front of the statue of Our Lady of Grace, had fallen. Wanting to see what was happening on the altar, I stood up, went close to the grate and saw, in the shadow of the light of the Tabernacle lamp, a young confrere doing some cleaning. I yelled out, "What are you doing in the dark?" The little friar answered, "I am cleaning."

The little friar said, ‘I am a Capuchin novice, who spends his time of Purgatory here. I am in need of prayers.’ and then he disappeared,"

Padre Pio stated that he immediately began praying for him as requested, and it is not known if he had any further dealings with this particular soul. However, in regards souls in Purgatory it is very interesting to note that later in life Padre Pio once said that ‘As many souls of the dead come up this road [to the monastery] as that of the souls of the living.” Without a doubt, many souls from Purgatory visited Padre Pio seeking his prayers, sacrifices and sufferings to obtain their release.read...