Archbishop Malcolm Ranjith On Kneeling For Communion During The Liturgy And Communion On The Tongue. Now I think it is high time to review and re-evaluate such good practices and, if necessary, to abandon the current practice that was not called for by Sacrosanctum Concilium, nor by Fathers, but was only accepted after its illegitimate introduction in some countries. Now, more than ever, we must help the faithful to renew a deep faith in the Real Presence of Christ in the Eucharistic species in order to strengthen the life of the Church and defend it in the midst of dangerous distortions of the faith that this situation continues to cause.

Archbishop Ranjith: Time To Reconsider Communion In The Hand & Other Good News 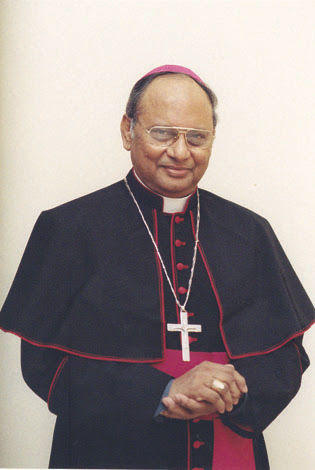 Archbishop Malcolm Ranjith, the Secretary  Emeritus of the Congregation for Divine Worship, reiterates the importance of kneeling before the Holy Eucharist and the goodness of kneeling to receive Holy Communion, and has also suggested that it's time to rethink allowing the reception of Holy Communion in the hand.
I like him!
Here's the link to Shawn Tribe's post at the excellent, The New Liturgical Movement: Ranjith On Kneeling For Communion During The Liturgy And Communion On The Tongue
Here's the text of Shawn Tribe's post, which mostly quotes Archbishop Ranjith: