Real Presence? What say the Fathers? 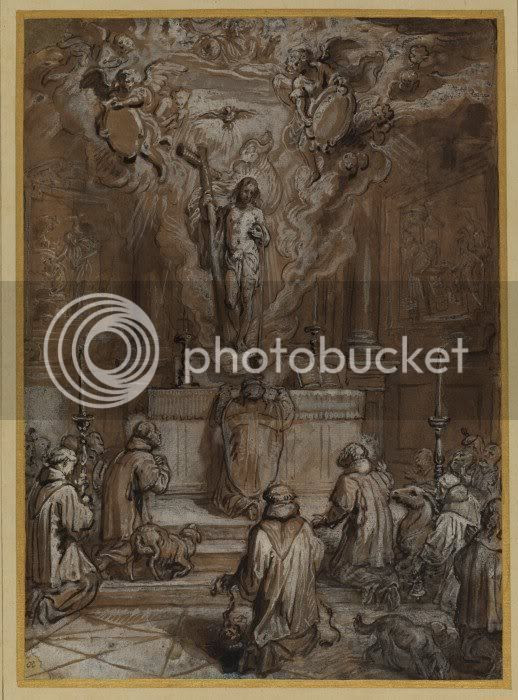 I have no delight in corruptible food, nor in the pleasures of this life. I desire the bread of God, the heavenly bread, the bread of life, which is the flesh of Jesus Christ, the Son of God, who became afterwards of the seed of David and Abraham; and I desire the drink of God, namely His blood, which is incorruptible love and eternal life. St. Ignatius of Antioch Letter to the Romans 7 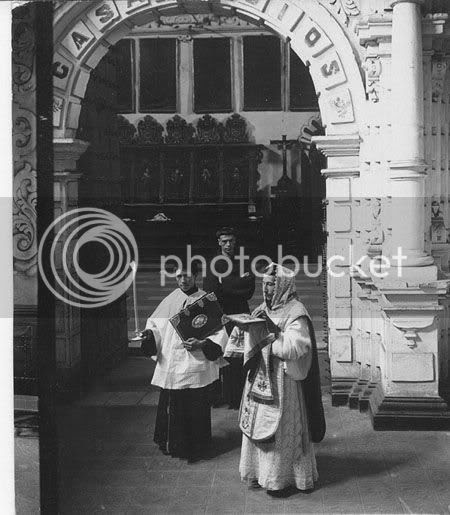 They abstain from the Eucharist and from prayer, because they confess not the Eucharist to be the flesh of our Saviour Jesus Christ, which suffered for our sins, and which the Father, of His goodness, raised up again. St. Ignatius of Antioch Letter to the Smyrnaeans, 7,1 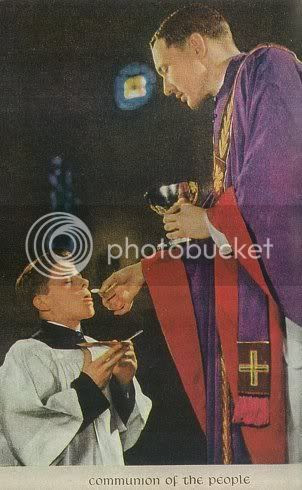 And this food is called among us Eukaristia [the Eucharist], of which no one is allowed to partake but the man who believes that the things which we teach are true, and who has been washed with the washing that is for the remission of sins, and unto regeneration, and who is so living as Christ has enjoined. For not as common bread and common drink do we receive these; but in like manner as Jesus Christ our Saviour, having been made flesh by the Word of God, had both flesh and blood for our salvation, so likewise have we been taught that the food which is blessed by the prayer of His word, and from which our blood and flesh by transmutation are nourished, is the flesh and blood of that Jesus who was made flesh. St. Justin Martyr First Apology 66 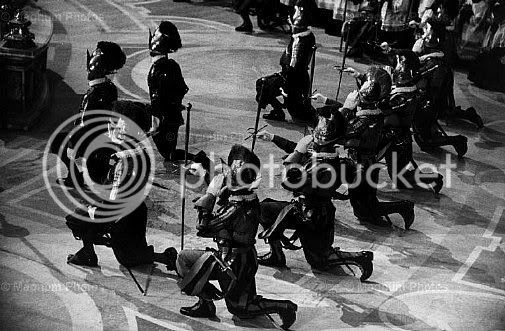 So then, if the mixed cup and the manufactured bread receive the Word of God and become the Eucharist, that is to say, the Blood and Body of Christ, which fortify and build up the substance of our flesh, how can these people claim that the flesh is incapable of receiving God’s gift of eternal life, when it is nourished by Christ’s Blood and Body and is His member? It is this which is nourished by the cup which is His Blood, and is fortified by the bread which is His Body. St. Irenaeus Five Books on the Unmasking and Refutation 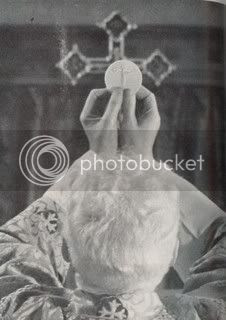 Then, again, how can they say that the flesh, which is nourished with the body of the Lord and with His blood, goes to corruption, and does not partake of life? Let them, therefore, either alter their opinion, or cease from offering the things just mentioned. But our opinion is in accordance with the Eucharist, and the Eucharist in turn establishes our opinion. For we offer to Him His own, announcing consistently the fellowship and union of the flesh and Spirit. For as the bread, which is produced from the earth, when it receives the invocation of God, is no longer common bread, but the Eucharist, consisting of two realities, earthly and heavenly; so also our bodies, when they receive the Eucharist, are no longer corruptible, having the hope of the resurrection to eternity. St. Irenaeus Against Heresies 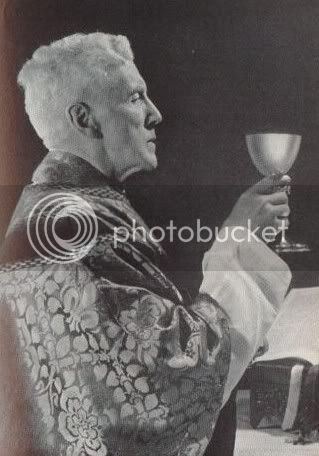 Therefore, He is a rich treasure, for His bread is rich. And ‘rich’ is apt for one who has eaten this bread will be unable to feel hunger. He gave it to the Apostles to distribute to a believing people, and today He gives it to us, for He, as a priest, daily consecrates it with His own words. Therefore, this bread has become the food of the saints. St. Ambrose of Milan The Patriarchs 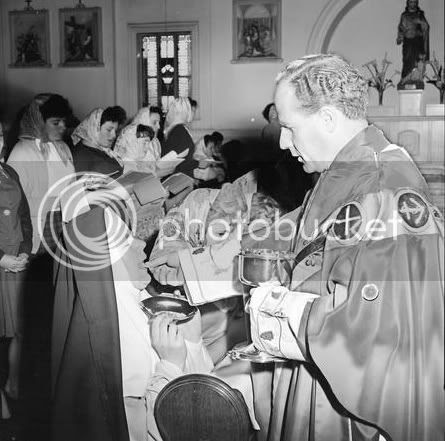 The Word is all to the child, both father and mother and tutor and nurse. “Eat ye my flesh,” He says, “and drink my blood.” Such is the suitable food which the Lord ministers, and He offers His flesh and pours forth His blood, and nothing is wanting for the children’s growth. O amazing mystery. St. Clement of Alexandria The Instructor 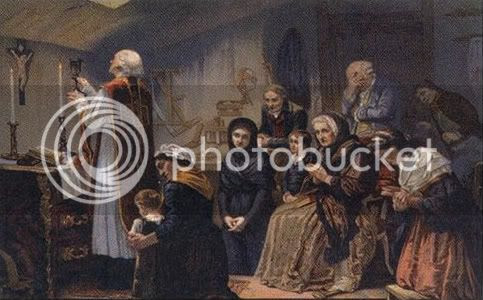 I wish to admonish you with examples from your religion. You are accustomed to take part in the divine mysteries, so you know how, when you have received the Body of the Lord, you reverently exercise every care lest a particle of it fall, and lest anything of the consecrated gift perish. You account yourselves guilty, and rightly do you so believe, if any of it be lost through negligence. But if you observe such caution in keeping His Body, and properly so, how is it that you think neglecting the word of God a lesser crime than neglecting His Body?  Origen Homilies on Exodus 13,3 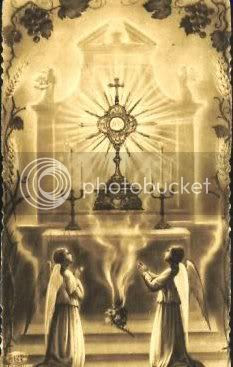 Since then He says that, if anyone eats of His bread, he lives forever, as it is manifest that they live who attain to His body and receive the Eucharist by right of communion, so on the other hand we must fear and pray lest anyone, while he is cut off and separated from the body of Christ, remain apart from salvation, as He Himself threatens, saying: ‘Unless you eat the flesh of the Son of man and drink His blood, you shall not have life in you.’ And so we petition that our bread, that is Christ, be given us daily, so that we, who abide and live in Christ, may not withdraw from His sanctification and body. St. Cyprian of Carthage The Lord’s Prayer 18 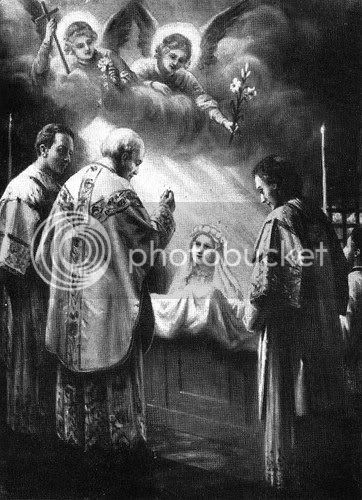 So too the the sacred meaning of the Pasch lies essentially in the fact, laid down in Exodus, that the lamb – slain as a type of Christ – should be eaten in one single home. God says the words: ‘In one house shall it be eaten, ye shall not cast its flesh outside.’ The flesh of Christ and the Lord’s sacred body cannot be cast outside, nor have believers any other home but the one Church. St. Cyprian of Carthage The Unity of the Catholic Church 8 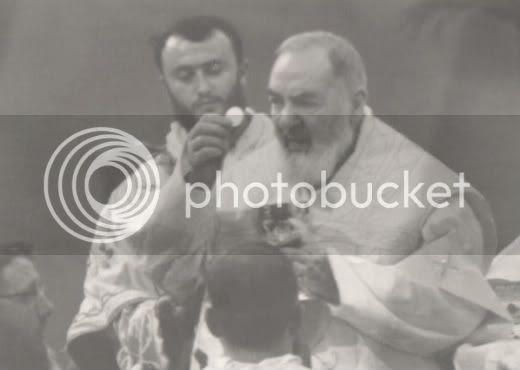 That our Lord Jesus Christ in the night in which He was betrayed, took bread, and when He had given thanks He brake it, and gave to His disciples, saying, Take, eat, this is My Body: and having taken the cup and given thanks, lie said, Take, drink, this is My Bloods. Since then He Himself declared and said of the Bread, This is My Body, who shall dare to doubt any longer? And since He has Himself affirmed and said, This is My Blood, who shall ever hesitate, saying, that it is not His blood? St. Cyril of Jerusalem Catechetical Lectures 22,1 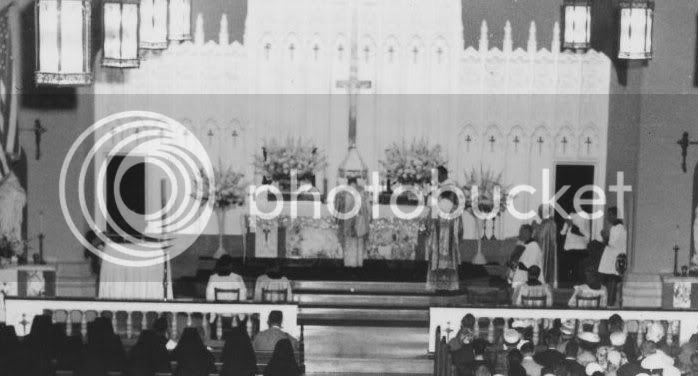 When the word says, ‘This is My Body,’ be convinced of it and believe it, and look at it with the eyes of the mind. For Christ did not give us something tangible, but even in His tangible things all is intellectual. So too with Baptism: the gift is bestowed through what is a tangible thing, water; but what is accomplished is intellectually perceived: the birth and the renewal. If you were incorporeal He would have given you those incorporeal gifts naked; but since the soul is intertwined with the body, He hands over to you in tangible things that which is perceived intellectually. How many now say, ‘I wish I could see His shape, His appearance, His garments, His sandals.’ Only look! You see Him! You touch Him! You eat Him! St. John Chrysostom Homilies on the Gospel of Matthew 82,4 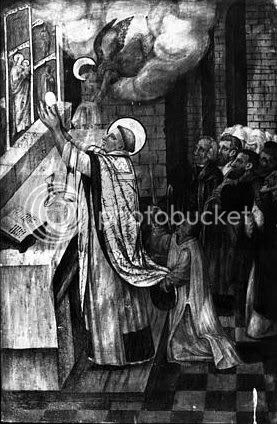 What is the mark of a Christian? That he be purified of all defilement of the flesh and of the spirit in the Blood of Christ, perfecting sanctification in the fear of God and the love of Christ, and that he have no blemish nor spot nor any such thing; that he be holy and blameless and so eat the Body of Christ and drink His Blood; for ‘he that eateth and drinketh unworthily, eateth and drinketh judgement to himself.’ What is the mark of those who eat the Bread and drink the Cup of Christ? That they keep in perpetual remembrance Him who died for us and rose again. St. Basil the Great The Morals 22 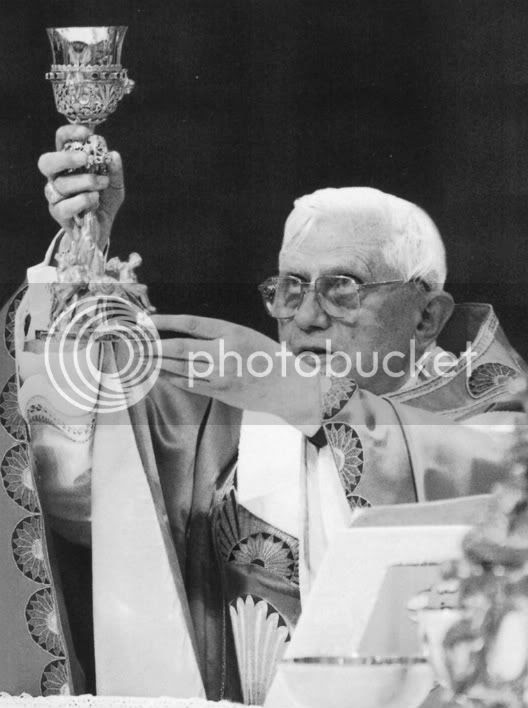 After the great and wonderful prayers have been completed, then the bread is become the Body, and the wine the Blood, of our Lord Jesus Christ. St. Athanasius Sermon to the Newly Baptized 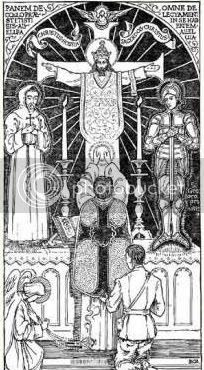 The bread is at first common bread; but when the mystery sanctifies it, it is called and actually becomes the Body of Christ.  St. Gregory of Nyssa Orations and Sermons 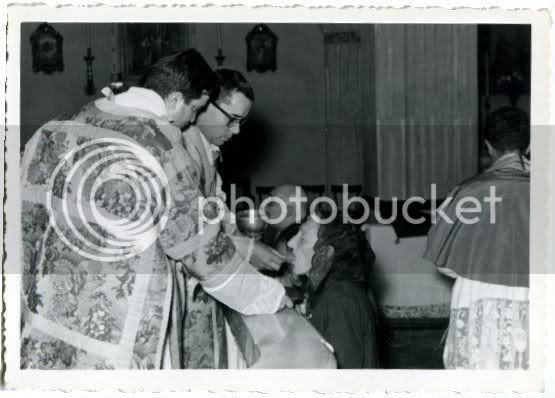 After the type had been fulfilled by the Passover celebration and He had eaten the flesh of the lamb with His Apostles, He takes bread which strengthens the heart of man, and goes on to the true Sacrament of the Passover, so that just as Melchisedech, the priest of the Most High God, in prefiguring Him, made bread and wine an offering, He too makes Himself manifest in the reality of His own Body and Blood. St. Jerome Commentaries on the Gospel of Matthew 4,26,26 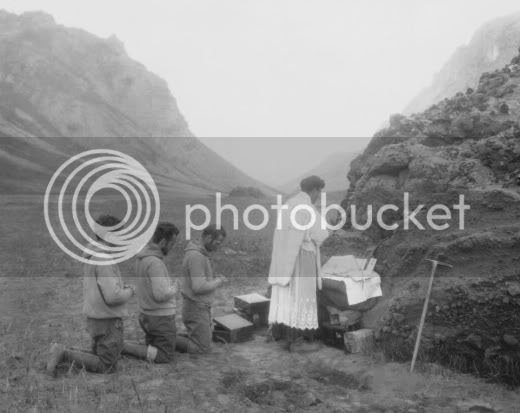 For the whole Church observes this practice which was handed down by the Fathers: that it prayers for those who have died in the communion of the Body and Blood of Christ, when they are commemorated in their own place in the sacrifice itself; and the sacrifice is offered also in memory of them on their behalf. St. Augustine Sermons 172,2 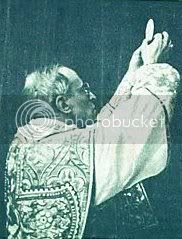 He states demonstratively: “This is My Body,” and “This is My Blood,” lest you might suppose the things that are seen are a figure. Rather, by some secret of the all-powerful God the things seen are transformed into the Body and Blood of Christ, truly offered in a sacrifice in which we, as participants, receive the life-giving and sanctifying power of Christ. St. Cyril of Alexandria Commentary on Matthew (26:27) 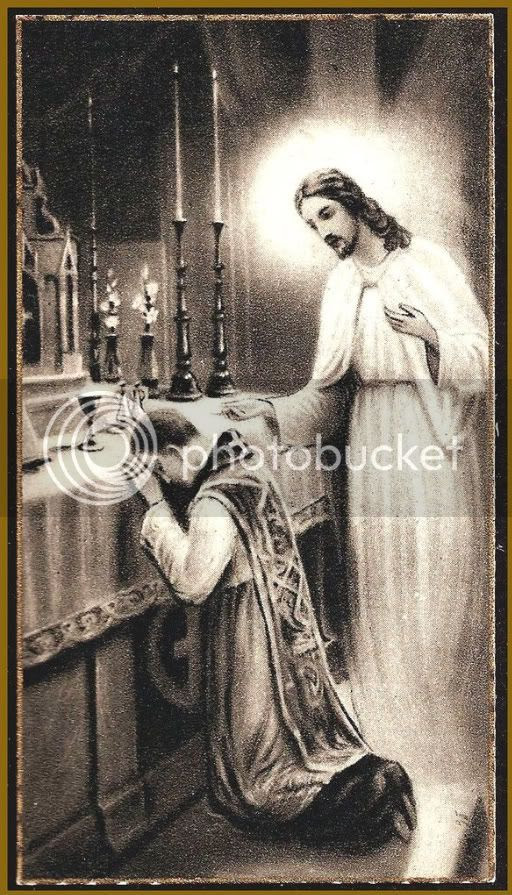