INTERVIEW WITH MONSIGNOR. DOMENICO BARTOLUCCI: Look here, to defend the old rite is not the same as being a worshiper of ancient times; it is to be “eternal”. You see, when one gives the traditional mass names like “Mass of Saint Pius V” or “Tridentine” one is wrong, it makes it seem as if it is a mass belonging to a certain epoch. It is our Mass, the Roman universal Mass, valid everywhere and in all times, a single language spoken from the Oceania to the Arctic’s. 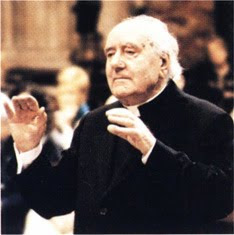