Report from the Fraternity of Christ the Priest in Spain

News comes the NLM way from Spain this morning, from the Fraternity of Christ the Priest of a Missa Canata and time of Eucharistic adoration .

(While my preference is for the more classical gothic or Roman style antipendium, this one seems quite nice as well.)

(A teasing glimpse of the Spanish landscape.)

A few NLM readers sent me in notes about the re-emergence of the Solemn form of the usus antiquior at Georgetown University in Washington .

The Mass had a Gregorian schola of seven men, the Canticum Novum Schola, and was celebrated in the Copley Crypt Chapel at Georgetown University.

The NLM is also told that the celebrant, Fr. Fields, said it was probably the first traditional High Mass on campus in 44 years. (Low Masses are said Wednesdays and Sundays.)

by Gregor Kollmorgen The FSSP website has uploaded some beautiful pictures of the May 1st excursion of their European seminary at Wigratzbad, Bavaria, to the isle of Reichenau and to Rheinau.

On the isle of Reichenau in Lake Constance (Bodensee), there is the ancient Benedictine abbey (founded in 724, but dissolved, like so many others, in the secularisation of 1803) of the same name. The entire island is part of UNESCO World Heritage since 2000.

Mass was celebrated in the monastery church of Rheinau, also an ancient Benedictine abbey, founded in 778 and dissolved in 1862. The church as it is today was built in 1710 by Franz Beer.

This is the monastery as seen from the other side of the Rhine: 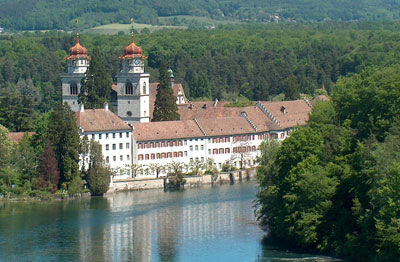 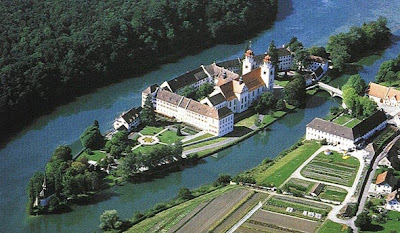 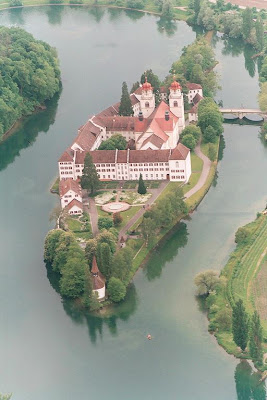 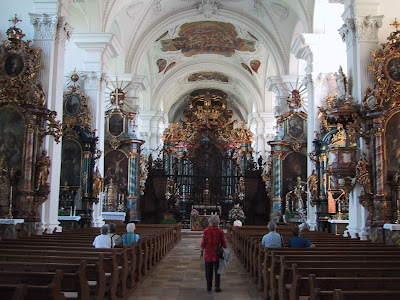 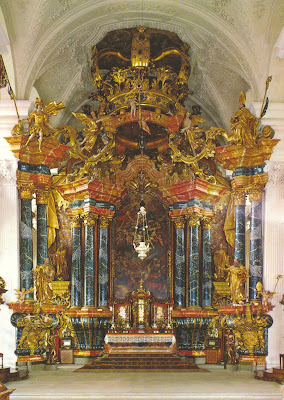 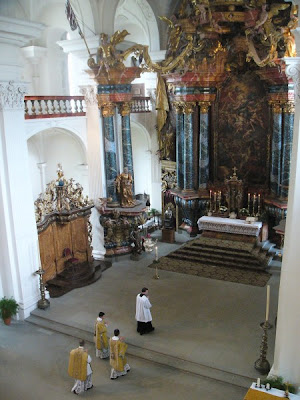 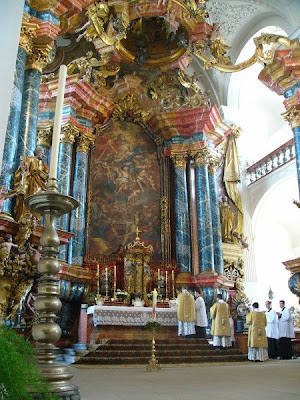 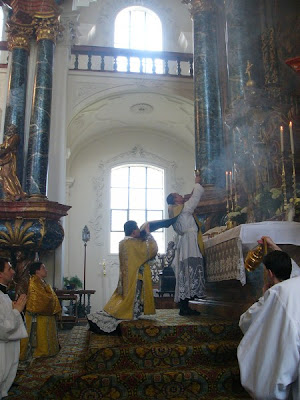 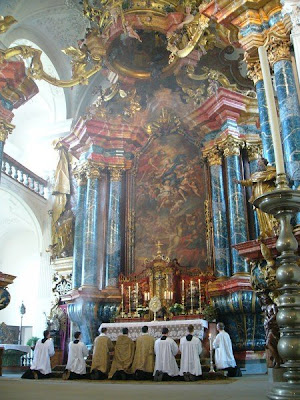 At the same link, there are some pictures of an earlier (7 March) excursion to Landsberg on Lech, which I think we may have seen here on the NLM before, but since the church is so beautiful, I suppose there is no harm in posting again some select pictures. The church is the former Jesuit church of the Holy Cross.

Exterior of the church: 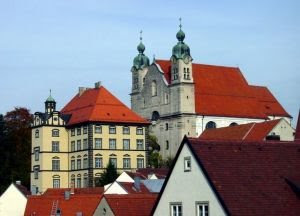 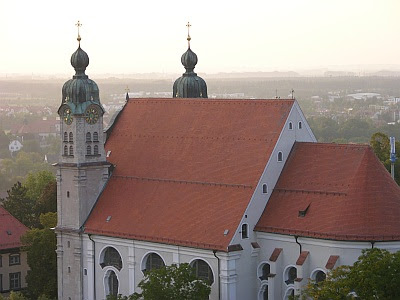 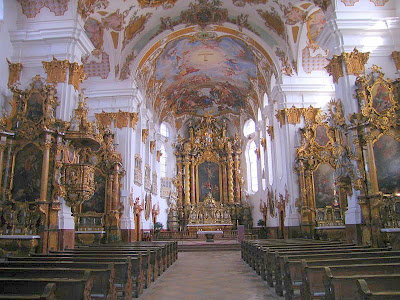 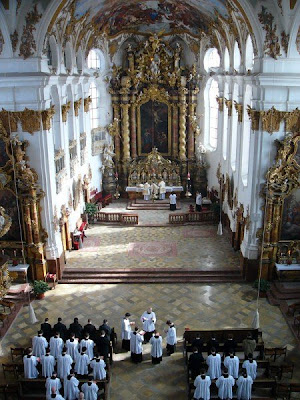 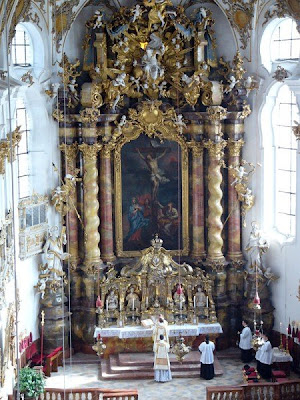 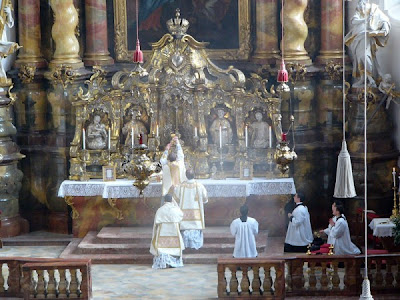 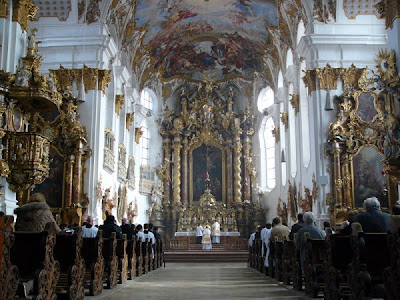 Detail of the high altar: 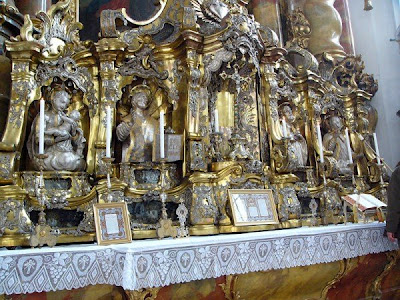 One of the wonderful ceiling frescoes by Felix Anton Scheffler, depicting the famous scene at the Milvian Bridge: 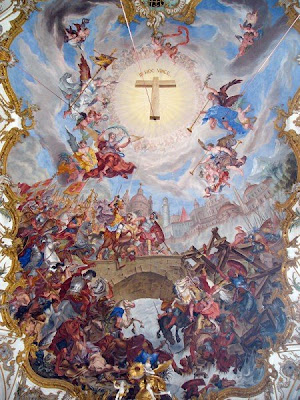