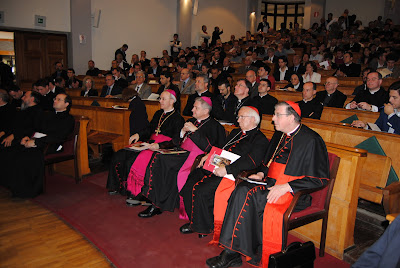 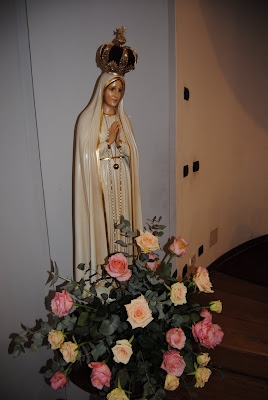 The recent Roman conference on the Motu Proprio Summorum Pontificum was scheduled by its sponsoring association Giovani e Tradizione before the date of issue was announced for the new instruction Universae Ecclesiae. It is therefore only a happy coincidence that the name chosen for this third edition of the conference perfectly describes the intention of the Holy Father and the Ecclesia Dei commission in publishing the instruction on the first day of the three-day event, “A Hope For All the Church”. I was able to attend all of the events over the three days, which was indeed an occasion full of hope and joy, and which I am confident will bear great fruit in the long term for the future of the Church and its liturgy. In addition to the liturgical events, culminating in the Solemn Pontifical Mass at St. Peter’s, there were a total of nine talks given; obviously, it will not be possible to give more than a fairly brief summary of them here on the NLM. 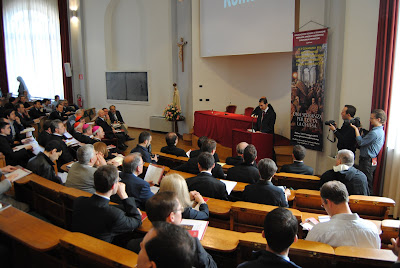 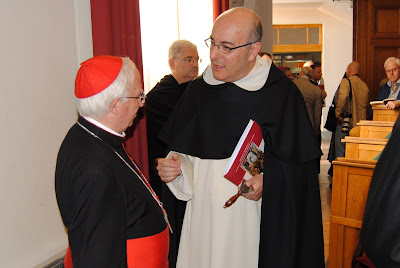 The first event was a spiritual conference particularly for priests and seminarians, but open to the public, held on the afternoon of May 13th at the F.S.S.P.’s Roman parish, Santissima Trinità dei Pellegrini. The church’s sanctuary being too small for the large numbers of clergy attending, a liturgical choir was set up in the crossing as on other occasions.After the recitation of the Rosary and the Litany of Loreto, Fr. Cassian Folsom, the prior of the Benedictine monastery at Norcia and a professor at the Anselmianum, (Rome’s Pontifical school for the study of the liturgy), delivered an excellent talk on the liturgy as the source of spiritual life for the priest. I thought it a particularly useful observation that the tradition of having an Ordo Missae, an obligatory set of precise instructions about how to celebrate the Mass, is of great benefit to the priest’s spiritual life, enabling him approach the liturgy as an objective reality apart from himself, and as “the servant of the liturgy, not its master,” freeing him to become the vehicle of an action which is truly done by God. Fr. Folsom also gave a detailed explanation of the prayers of the upcoming Sunday Mass. He noted that the collect “Deus, qui errantibus” is one of the few whose precise history is known, composed by Pope St. Gelasius I at the end of the fifth century in reference to those Christians who continued to participate in certain pagan rituals. This is a perfect example of historical continuity, stretching back for literally a millennium and a half, in the texts of the sacred liturgy, and, as Fr. Folsom pointed out, “deep roots are essential for strong growth.” The prayer’s references to “those who have wandered off” and God’s action in bringing them back to the ways of justice may also be taken as a description of the New Evangelization towards the de-Christianized parts of the Western world, and continual call to both clergy and laity for reform and conversion. 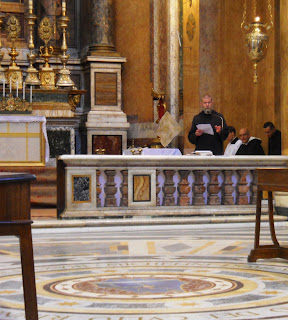 This talk was followed by Solemn Pontifical Vespers and Benediction, celebrated by His Excellence Athanasius Schneider, Auxiliary Bishop of Astana in Kazakhstan. His Excellence Marc Aillet, Bishop of Bayoone, France, was also present in choir; both he and Bishop Schneider delivered talks the following day during the main part of the conference, which will be summed up in another article. During Benediction, an act of consecration to the Immaculate Heart of Mary was read by the priests and seminarians present. The music was provided by a group of Franciscan Friars of the Immaculate, and was absolutely splendid; a member of the choir said to me afterwards, with typical modesty, “Oh, we were having an off-day.” They weren’t.

This article will be followed by two others on the following two days of the conference. 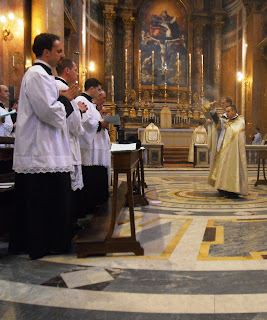 Incensation of the clergy during Vespers. 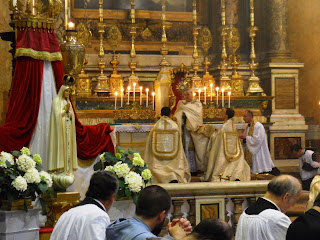 Benediction given by His Excellency Bishop Athanasius Schneider.
http://www.newliturgicalmovement.org/