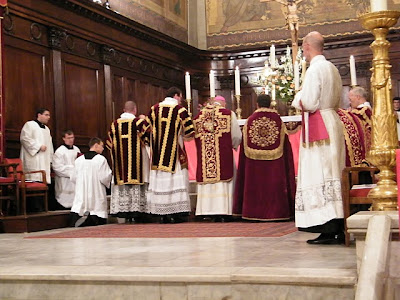 When I was in the Diocese of Frejus-Toulon in France last week with Bishop Dominique Rey, there was some comment on the Traditional Form Ordinations to the Diaconate that he had conferred in his Cathedral on 11th May. This was because two days later Universae Ecclesiae was published and seemed to say that in the future this would not be possible for bishops to do unless it was for communities directly under the Ecclesiae Dei. There is a short report here and a set of photos here. Although the unusual restriction in Ecclesiae Dei disappointed some, I am given to understand that no request by a diocesan bishop to Ecclesiae Dei for particular permission to ordain in the Traditional Form has ever been denied and that there may be room for some movement and clarification. 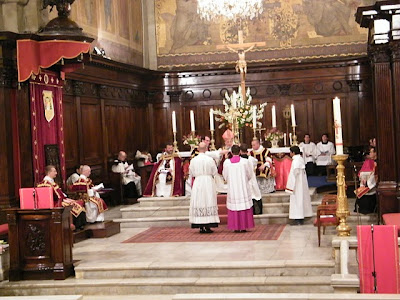