A vigorous and extensive discussion on Vatican II

On the coercive authority of the Church: a response to Fr. Martin Rhonheimer by Dr. Thomas Pink 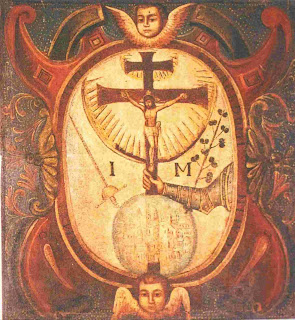 A vigorous and extensive discussion on Vatican II, and the plausibility of interpreting its decrees as being in continuity with the teachings of the Magisterium of the pre-Vatican II era, has been carried out since the early part of this year in the pages of Sandro Magister's websites, Chiesa (with English translation) and Settimo Cielo (in Italian only). As Fr. Giovanni Cavalcoli OP put it in the course of the discussion: "The heart of the debate is here. We all agree, in fact, that the doctrines already defined [by the dogmatic magisterium of the former Church] present in the conciliar texts are infallible. What is in discussion is if the doctrinal developments, the innovations of the Council, are also infallible."

The following are the articles in Chiesa that are part of this discussion, listed in chronological order:

1) High Up, Let Down by Pope Benedict. (April 8, 2011) -- Noted by Rorate Caeli. An article describing the disappointment of Roberto de Mattei, Brunero Gherardini and Enrico Maria Radaelli over the approach of Pope Benedict XVI towards Vatican II, and concluding with a defense of the hermeneutic of continuity written by Francesco Arzillo.

2) The Disappointed have Spoken. The Vatican Responds. (April 18, 2011) -- Noted by Rorate Caeli. -- Concerning the defenses of the "hermeneutic of continuity" written by Inos Biffi and Archbishop Agostino Marchetto in response to Gherardini and de Mattei (see the first item in this list of articles).

4) The Church is Infallible. But Not Vatican II. (May 5, 2011) -- Containing / referring three articles: the first one by Roberto de Mattei regarding the element of rupture to be found in Vatican II, the second one by David Werling in response to Francesco Arzillo (see the first item in this list of articles), and the last one by Fr. Giovanni Cavalcoli OP in response to Werling.

5) Benedict XVI "The Reformist". - The Prosecution Rests. (May 11, 2011) -- Where Massimo Introvigne responds to Roberto De Mattei and contends that Vatican II indeed represents "renewal in continuity", while Fr. Martin Rhonheimer returns to the fray and elaborates on "hermeneutic of reform."

6) Religious Freedom. Was the Church Also Right When It Condemned It? (May 26, 2011) -- Which publishes Fr. Basile Valuet's critique of Gherardini and de Mattei on one hand, and of Rhonheimer on the other, after reprinting part of the last-mentioned's Nova et Vetera article. Valuet's article is followed by a note about David Werling's response to Cavalcoli (see the fourth item in this list) and a long series of "postscripts" in Italian and French. (In sequence: separate responses to Valuet by Rhonheimer and Cavalcoli, followed by a response of Valuet to Cavalcoli and a second response by Cavalcoli to Valuet, then followed by a long note from Introvigne, and then one response each to Introvigne and Rhonheimer by Valuet.)

7) A "Disappointed Great" Breaks His Silence. With an Appeal to the Pope. (June 16, 2011) -- Noted by Rorate Caeli --Enrico Radaelli's memorable contribution to this discussion, an impassioned appeal to His Holiness Pope Benedict XVI to "restore the divine 'munus docendi' in its fullness.

8) Bologna Speaks: Tradition is Also Made of "Ruptures". (June 21, 2011). -- Where the historian Enrico Morini interprets Vatican II as a return to "what the Church had lost", in the process making some unexpected nods to Eastern Orthodox criticisms of Catholicism; followed by the responses of Cavalcoli, Rhonheimer and Arzillo to Morini.

Rorate is now posting the following intervention (especially submitted to our blog) in this still-open debate. This particular intervention is in response to Fr. Martin Rhonheimer's essay in Nova et Vetera, part of which can be found in the third item in the list of articles above. More than being a mere response, the following essay throws further light upon the Catholic doctrine and theology of religious liberty and coercion from Trent to Vatican II, especially in relation to the coercion of belief.
The author is Dr. Thomas Pink, Professor of Philosophy in King's College, London and author of various books. To the blogosphere, Dr. Pink is best known for his long introduction (Introduction and Part 1. Part 2.) to the statement of Bishop Gerhard Ludwig Muller (the Roman Catholic bishop of Regensburg) on the Church's Confession of Christ in Jewish-Christian Dialogue (Part 1, Part 2). The latter statement -- and Dr. Pink's commentary on it -- were called forth by the controversy over the reformulation of the Good Friday Oratio pro conversione Iudæorum in the Missal of 1962.

Martin Rhonheimer sees doctrinal reform, not doctrinal continuity, in Vatican II's declaration on religious liberty. According to his Nova et Vetera paper, Dignitatis humanae is a genuine revision of earlier doctrine. The pre-conciliar magisterium endorsed religious coercion, calling for state restriction of the public practice of false religions. Now, by asserting religious liberty as not only a natural but a state or civil right, Dignitatis humanae has contradicted previous Church doctrine.READ...