A variety of things have been sent in the past few days. Here is a cluster of usus antiquior related items.

Readers might recall mention of Cardinal Castrillon Hoyos' visit to Toulon, France that was reported here on the NLM with a few photos on the weekend.

More photos from the Solemn Mass of the Immaculate Conception at St. Mary's Seminary in Emmittsburg, MD. are available off the blog Meeting Christ in the Liturgy

Photos from the Solemn Mass on the occasion of the 60th Anniversary of Holy Family Parish in Vancouver, Canada may be found here.

The Knoxville Latin Mass group sent in a number of photos from their third anniversary celebrations.

This Sunday, 14 June, two significant Masses were celebrated according to the Extraordinary Form of the Roman Rite in Poland.

In the Franciscan church of St. Anthony in Poznań (Posen), H.E. Grzegorz Balcerek, auxiliary bishop of the Archdiocese of Poznań, sung Pontifical Mass on the occasion of the 15th anniversary of the establishment of a regular celebration of Mass in the usus antiquior in Poznań. The Polish blog Pod Mitrą has excellent images of the occasion, of which here is a selection: 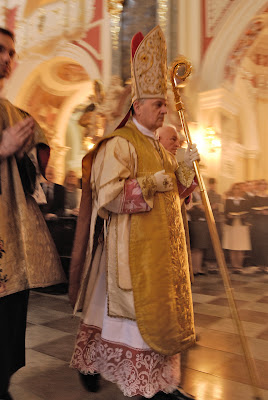 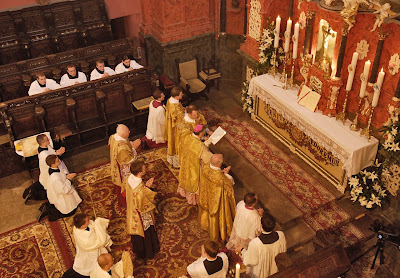 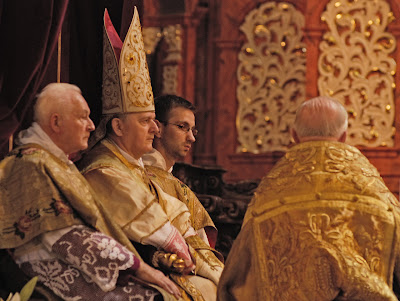 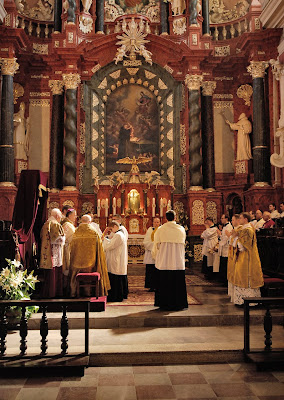 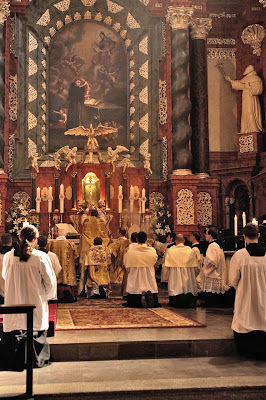 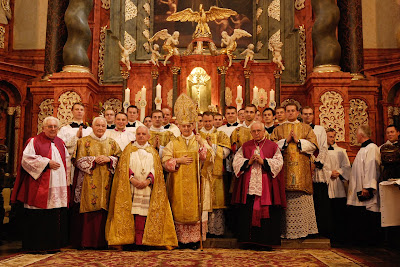 Also on Sunday, in the Church of the Holy Cross in Rzeszów, Fr. Sławomir Jarząb, who was ordained a priest on 30 May by H.E. Kazimierz Górny, the bishop of Rzeszów, celebrated a First Mass as a solemn Mass in the older use. Six others of the twelve priests ordained on 30 May also attended the Mass and imparted their new priest's belssing to the faithful. Nowy Ruch Liturgiczny has photos, here are some of them: 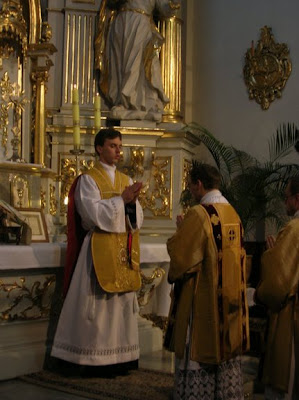 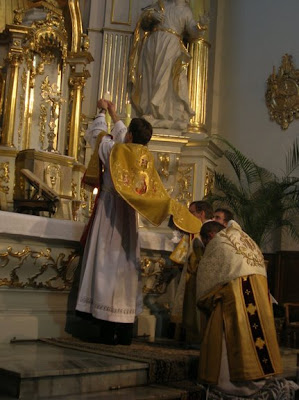 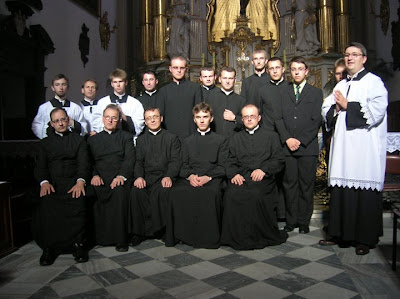 The Canons Regular of St. John Cantius sent in some news about a training conference for priests that is a little different than some training conferences, mainly because of who it was for: Latin Mass Training for the Franciscan Missionaries of the Eternal Word.

In other words, the Franciscans at EWTN. Two of the "EWTN Friars" whom you will no doubt recognize from the network, came up to the Canons Regular to receive training in the celebration of Mass in the ancient Roman form.