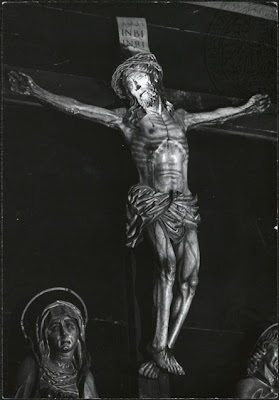 The following is a Paper published atRorate Caeli. It represents a
very worthwhile exploration of some of the liturgical-theological
positions proper to a correct "Traditionalist" understanding of
the situation in the life of the Church today. I present it here
for your perusal and edification.

FIUV Position Paper 2: Liturgical Piety and Participation
1.The term ‘Liturgical Piety’ refers to a piety which is fostered by frequent participation in the liturgy, draws inspiration from the unfolding of the sacred mysteries through the cycle of the liturgical year, and for which the texts of the liturgical books and the ceremonies of the liturgical rites as central rather than peripheral to its formation. It is contrasted with a piety which is formed predominantly by non-liturgical devotions, whether these be public or private. The fostering of liturgical piety, and the participation in the liturgy conducive to such piety, might be said to be the ultimate objects of the Liturgical Movement, from its beginnings in the nineteenth century up to, and including, the influence that Movement had on the reform of the liturgy after the Second Vatican Council. It was the task of successive popes to encourage this movement while simultaneously guarding against the exaggerated and misguided conclusions which were sometimes derived from this ideal. The concept of liturgical piety is of particular interest in the context of the Extraordinary Form of the Roman Missal, since this ideal continues to influence discussion of the participation of the faithful in the liturgy, and the discussion of how the Extraordinary Form should be celebrated, and its liturgical books further developed over time. In particular this paper is intended to shed light on the question of whether the ‘former liturgical tradition’ is itself a barrier to a proper liturgical participation by the faithful, and whether the arguments of the Liturgical Movement, and the contemporary Magisterium such as Pius XII’s encyclical Mediator Dei, should be read as indicating that it is a barrier.READ...