Paul Augustin Cardinal Mayer: The Octave of Pentecost should never have been removed 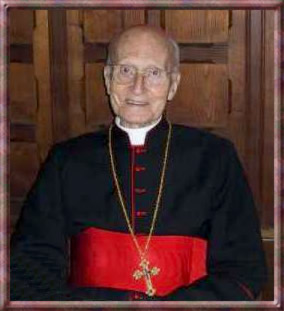 From Anscar Chupungco's What, Then Is Liturgy? Musings and Memoir, Claretian Publications, Quezon City 2010, p. 133:

Pentecost Sunday often fills me with melancholy, knowing that the following day will be Ordinary Time. Pentecost brings the curtain down on the drama of Easter and it does so with such finality that no echo remains. (How about every Sunday? CAP) Cardinal Augustinus Mayer, who as Rector of Sant'Anselmo on the Aventine had taken me under his protective wings as a student from the Far East, enjoyed arguing with me about the liturgical reform. One of his laments was the slashing of Pentecost to one day. The octave days, he said, should have been maintained. I replied lamely that the entire week before Pentecost talked of nothing else but the coming solemnity and that the traditional fifty days of Easter meant fifty days. But sometimes I tend to agree that the sudden ending does not allow what sounded like a powerful wind from heaven (cf. Acts 2:2) to reverbrate across the liturgical year. The antiphon for Magnificat concludes magnificently the celebration of the fifty days of Easter: "Today we celebrate the feast of Pentecost, alleluia; on this day the Holy Spirit appeared before the apostles in tongues of fire and gave them his spiritual gifts. He sent them out to preach to the whole world, and to proclaim that all who believe and are baptized shall be saved, alleluia."
Paul Augustin Cardinal Mayer (1911 - 2010) was Rector of Sant' Anselmo from 1949-1966, Prefect of the Congregation for Divine Worship from 1984 to 1988, and first President of the Pontifical Commission Ecclesia Dei from 1988 to 1991.
fonte:Rorate Caeli