by Shawn Tribe
We have been somewhat inundated here at NLM with Corpus Christi photos, so I shall do my best to show at least some of them in the next few days.

We begin with the parish church of Santi Gervasio e Protasio in Valloria in the diocese of Albenga-Imperia in Italy. (A few thoughts following the photos.) 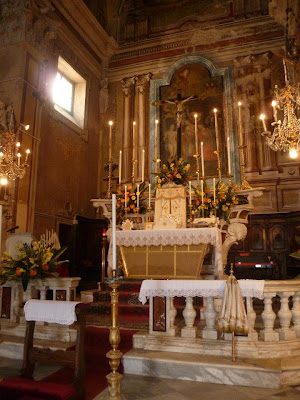 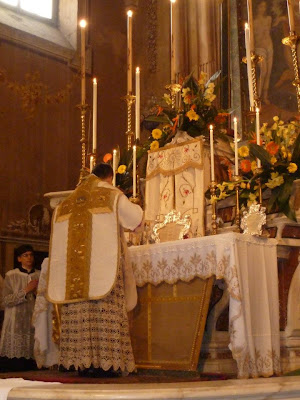 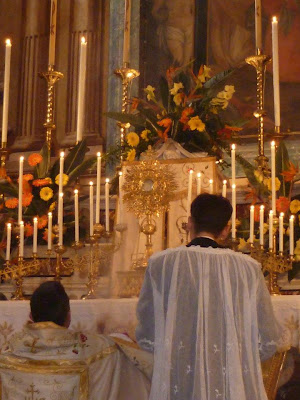 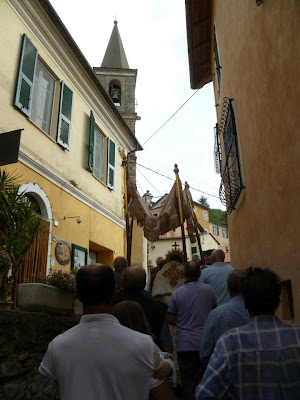 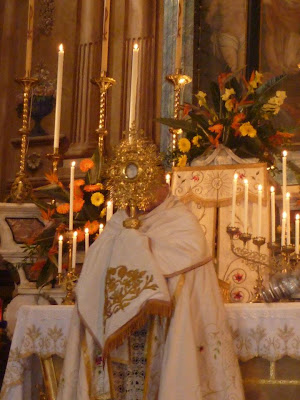 The use of flowers as ornaments for the sacred liturgy is a subject which interests me, both positively insofar as they can bring added beauty and festivity into festal liturgies, but also for critical reasons insofar as they are quite often approached in a way which I personally find rather lacking (namely, the "more is better" approach which typically sees all manner of flowers crowded into a sanctuary, near or on the altar and so on; the result is rather chaotic and cluttered).

I wrote two separate articles on this very subject a few years ago. The first in 2007, Adorning God's Altar: Some Thoughts upon Floral Ornamentation on a Traditionally Oriented Altar. The second, in 2009: Seasonal and Festal Decoration of Altars and Sanctuaries.

The reason I mention this is because I was quite positively struck by the floral arrangements we see in these photos, which employ a nice, but restrained use of colour, while being further restrained in number -- excepting only the arrangement seen on the altar rail, which I think should have be done without.

by Shawn Tribe
As previously announced, yesterday, Monday, June 11th 2012, a Solemn Pontifical Mass was offered by the Archbishop of Ottawa, the Most Rev. Terrence Prendergast, in St Kevin's Church, Dublin as part of the 50th International Eucharistic Congress events taking place in that city.

The setting used for this Mass was the famed Missa Papae Marcelli of Palestrina. It was sung by the Lassus Scholars under the direction of Ite O'Donovan.

One of the most glorious pieces of that setting -- in my own estimation -- is the Kyrie. Here it is. (Unfortunately you will only get a very brief views of the liturgy itself at the beginning.)


Here, also, is the Gloria:

by Shawn Tribe
While Pentecost is now a couple of Sundays ago, I could not resist sharing this image of the vespers of Pentecost taken by Henri Adam de Villiers at the FSSP parish in Rome, Ss. Trinita. 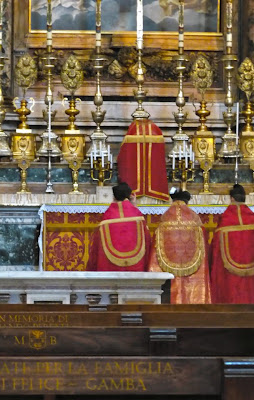 And as a bonus, here are two images from the Solemn Mass of Pentecost from the same: 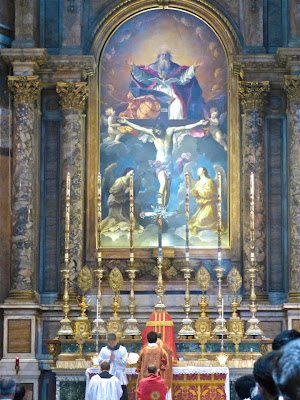 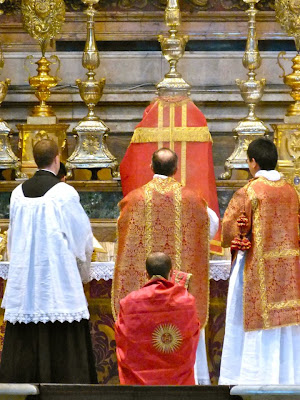 by Shawn Tribe
As we have noted on here on a few occasions, the FSSP community in Ottawa was given the opportunity to relocate to one of the historic parishes in the city of Ottawa, St. Anne's. The following show some images from one of their first Masses in the new building, taken on Trinity Sunday.

As you will see, renovations have been undertaken within the church, so now the process will no doubt begin to restore the church to its historical integrity -- or at least closer to its historical integrity. Given the French-Canadian history of this parish, its interior at one time would have likely looked very much like what one might see in the old churches of Quebec. 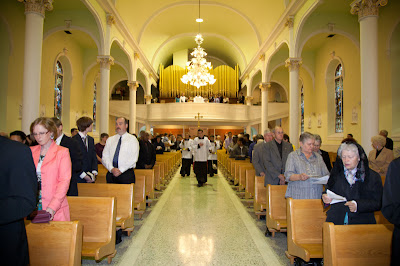 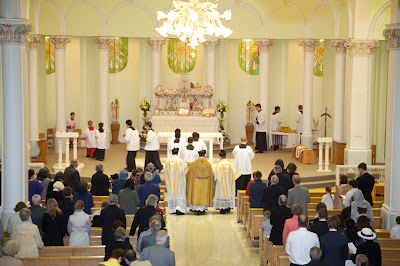 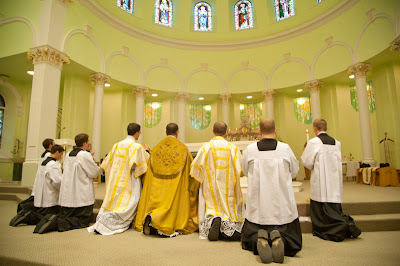 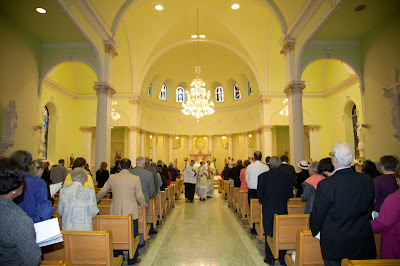 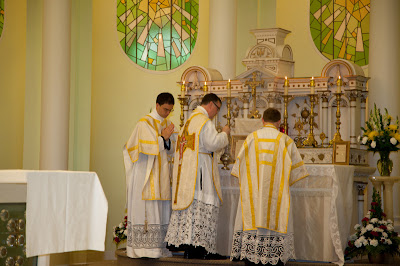 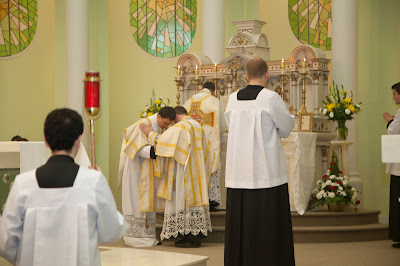