Photos from the Populus Summorum Pontificum Pilgrimage in Rome


This past weekend, the Populus Summorum Pontificum Pilgrimage to Rome was celebrated once again, coinciding with the end of the Synod on the Family, and the EF feast of Christ the King. Mr François Nanceau has been kind enough to share links to his photo albums of the events with us, and give us permission to reproduce some of his pictures here, to which I have added to a video. More pictures tomorrow!

Friday October 23rd - Pontifical Mass celebrated by Archbishop Guido Pozzo, Secretary of the Ecclesia Dei Commission, at the Church of Santa Maria in Campitelli.
The Mass of St Anthony Maria Claret was said, with music by the Schola Sainte Cécile, conducted by our own Henri de Villiers, singing Marc-Antoine Charpentier’s Mass for Four Choirs. (The video with a recording of the Kyrie is below the third picture.) Click here to see more photographs, and here to find them on facebook. 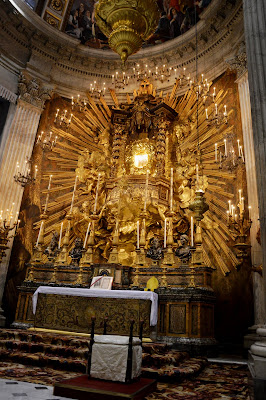 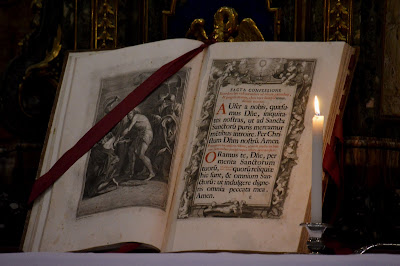 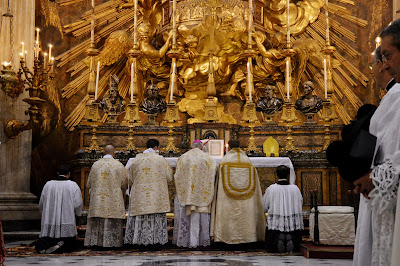 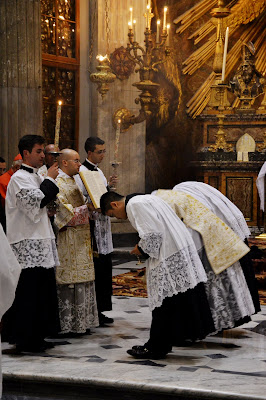 Here are some more photos from the Populus Summorum Pontificum Pilgrimage to Rome celebrated past weekend, with our thanks once again to the photographer Mr François Nanceau.

October 25 - Pontifical Mass for the feast of Christ the King at the FSSP’s Roman parish, Ss.ma Trinità dei Pellegrini, celebrated by Don Jean Pateau, Abbot of Fontgombeault, .
The Mass was sung by English ensemble Cantus Magnus, conducted by Mt Matthew Schellhorn. Click here to see more photos, and here to find them on facebook. 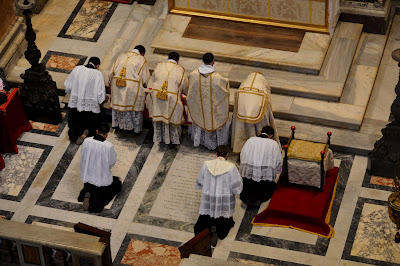 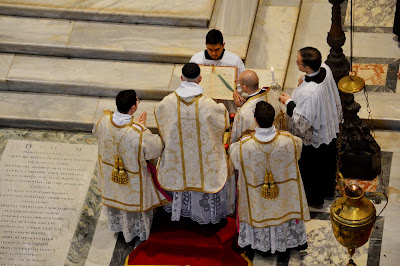 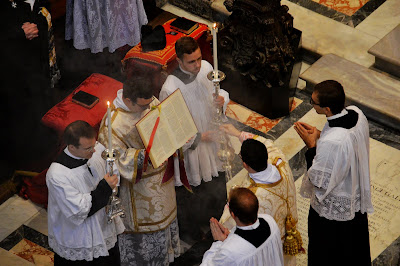 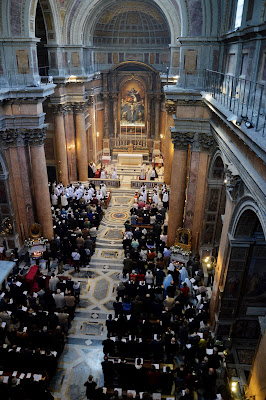 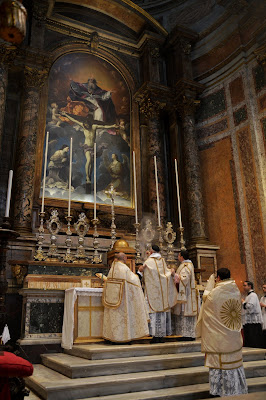