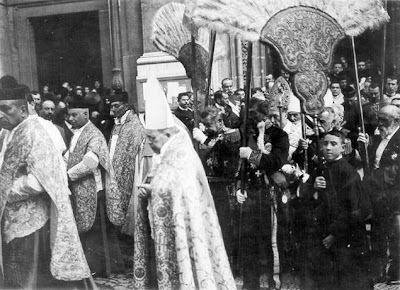 The Patriarchs of Lisbon...

... had a bucket full of privileges. I often read about them but never saw any photos where you could actually see them. I finally found some pictures. Enjoy!


The first five photos show António Cardinal Mendes Belo, Patriarch of Lisbon from 1907 to 1929. Here you can see that the Patriarchs did not only have a very nice canopy (which of course is not a special privilege) but also flabella and a falda: 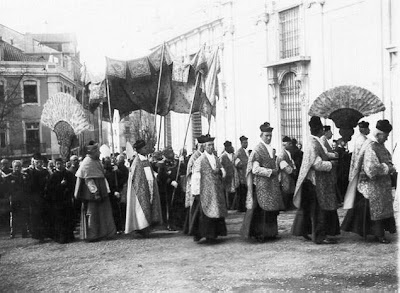 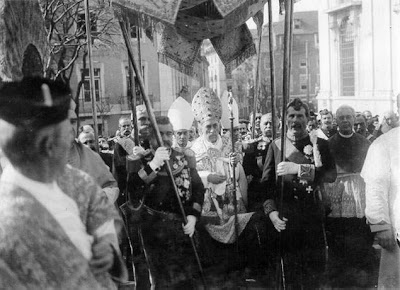 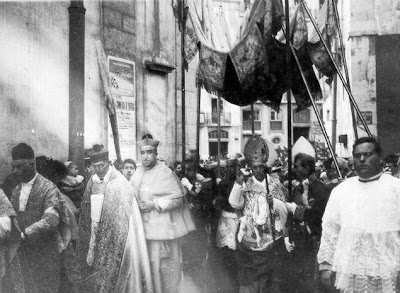 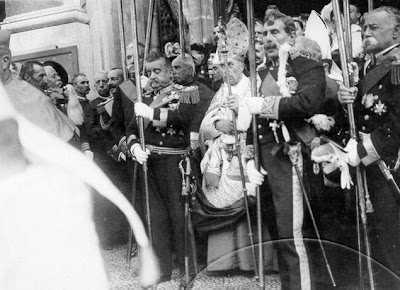 On the next two photos you can see Manuel Cardinal Gonçalves Cerejeira, successor of Cardinal Belo, Patriarch of Lisbon from 1929 to 1971. You can see the flabella and the fanon again and also the patriarchal miter which was designed to look like a tiara. The Patriarch of Lisbon had the privilege to wear the tiara but - maybe out of respect for the Pope - apparently never actually wore one but only miters that - at least from far away - looked a bit like tiaras: 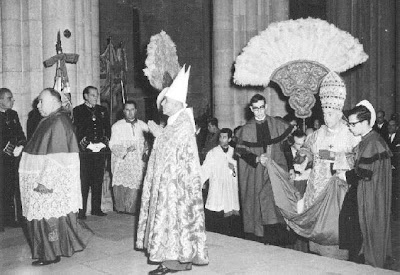 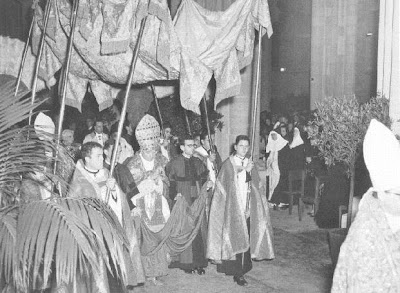 On the last three photos (Cardinal Belo again) you don't see any privilege, but one just doesn't pass up pictures of prelates and their carriages: 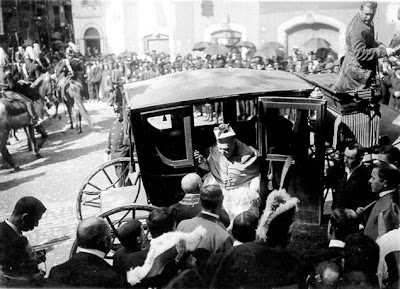 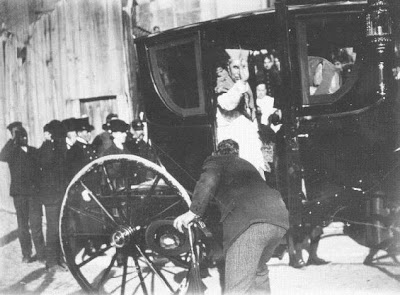 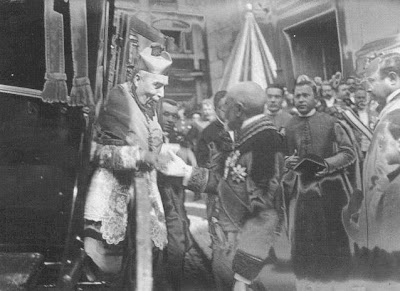