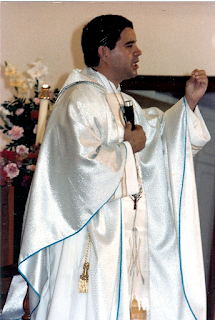 Return of the Traditional Mass to the Cathedral-Basilica of St. James, Brooklyn 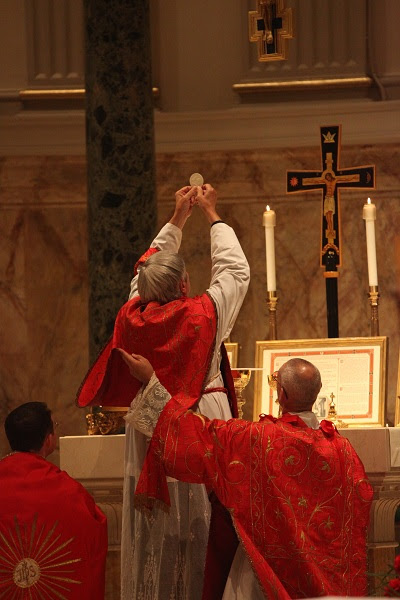 After 45 years, the Traditional Mass returned on Monday, July 25 to the Cathedral of St. James in Brooklyn. Thanks to the kind invitation of Msgr. John Strynkowski, rector of the Cathedral, and of Bishop Nicholas DiMarzio a splendid liturgy commemorated the patronal feast of the Cathedral. The celebrant was Fr. Richard Cipolla, the deacon, Rev. Mr. Steve Genovese, and the subdeacon Fr. Daniel Champoli of the diocese of Brooklyn. Msgr. Strynkowski preached. David Hughes led the music and Bill Riccio was the master of ceremonies. Needless to say they did their usual outstanding job. A dedicated team of altar servers from St. Mary’s parish, Norwalk, CT came down to assist. I will allow the celebrant, Fr. Cipolla, to describe that evening:
“It was so clear to me on Monday evening, 25 July, how important the Society of St Hugh of Cluny is to the Church at this time. As chaplain of the Society, I offer spiritual support to our members and to our raison d’etre: to actively encourage the celebration of the Extraordinary Form of the Roman rite in the Catholic Church today. On the feast of St James the Apostle, we celebrated Solemn Mass in the Cathedral of St James in Brooklyn. The preacher was the Rector of the Cathedral, Msgr. John Strynkowski. His sermon was a clear and evangelical preaching of the Word. He spoke about the four notes of the Church and the importance of the presence of the Extraordinary Form of the Roman rite as necessary and salutary for the true diversity within unity of the Catholic Church. The music of the Mass, under the direction of David Hughes, was exemplary of the music written for the Traditional Mass: Missa Iste Sanctus by Guerrero, and motets by Victoria and Morales. To be able to celebrate this Mass we packed our cars with altar cards, vestments, candlesticks, all from St Mary’s in Norwalk. One of our MCs, Bill Riccio came with us, and four of our servers. Because of weather and accidents on the road, it took us three and a half hours to get down to Brooklyn from Norwalk, a trip that should have taken just over an hour. Needless to say: it was a real effort on our part.
The Mass was glorious. There were a goodly number of people there. The comments of the people were all positive. I cannot help but be reminded that ours is a missionary effort, to bring wherever we can, the glory of the Traditional Roman rite of the Mass. When we read with open minds and open hearts the Holy Father’s Motu Proprio, Summorum Pontificum, and the recent instruction Universae Ecclesiae, there is no doubt that this Pope believes that the widespread celebration of the Extraordinary Form in the Church today is the antidote to the terrible problems facing the Church. It is not only, in the negative sense, the antidote to the poison of secularism and individualism: it is, in the positive sense, the real presence of the Tradition of the Church that is an inestimable source of grace in these perilous times.
Many thanks to all who make our missionary effort possible. Please consider joining the Society of St Hugh of Cluny and make a worthy contribution to the joyful missionary effort that lies at the very heart of what we are and do.” 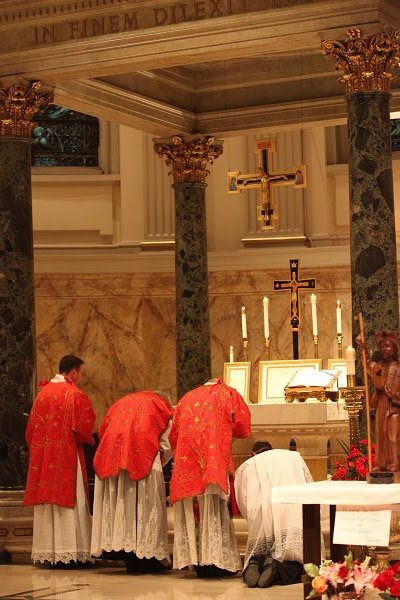 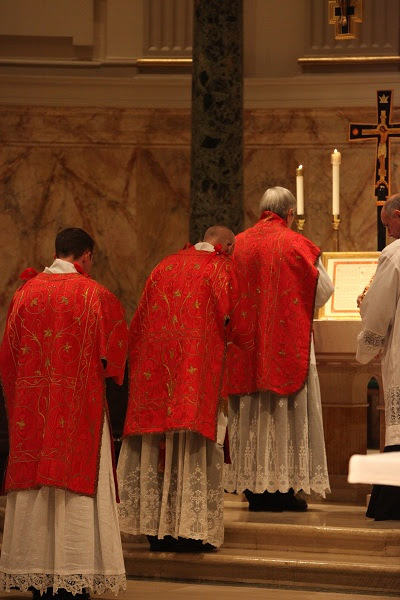 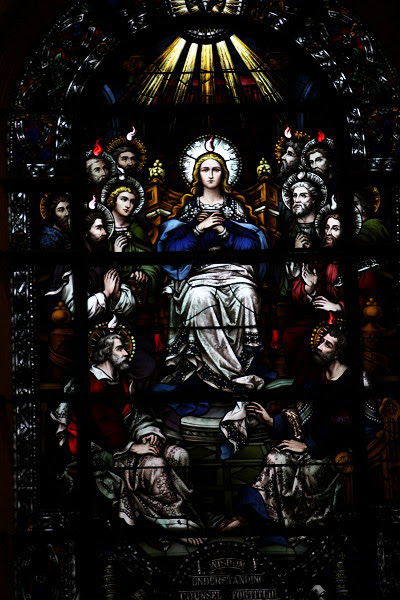 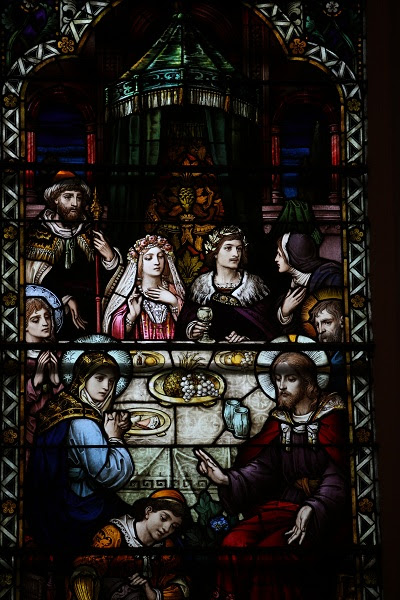 St. James is the first Catholic church built on Long Island and the third Catholic church built within the present borders of New York City. For many years it was the “pro-Cathedral” of the Brooklyn Diocese – but no cathedral was eventually built in the wake of the union of the once independent city of Brooklyn with New York City. The diocese of Brooklyn continued, however, and is one of the largest dioceses by population in the United States. The Cathedral owes its present appearance to a rebuilding after a disastrous 1889 fire. 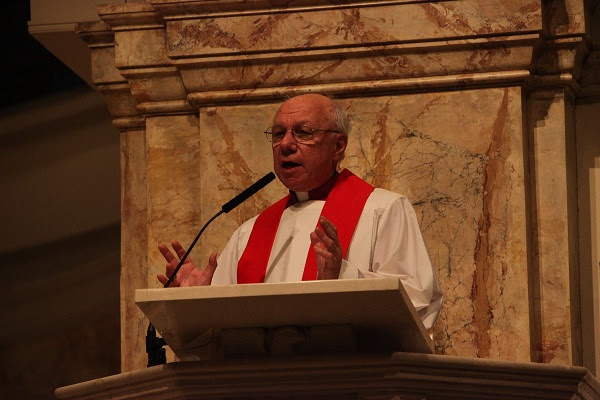 Msgr. Strynkowski preached on the “one, holy, catholic and apostolic Church.” 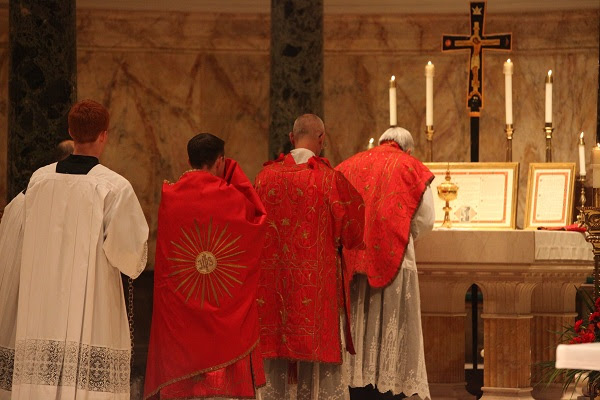 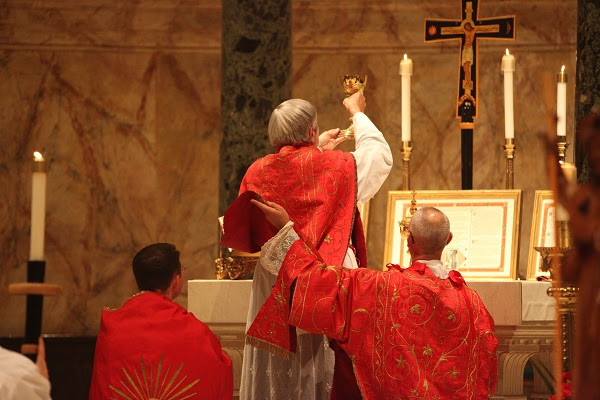 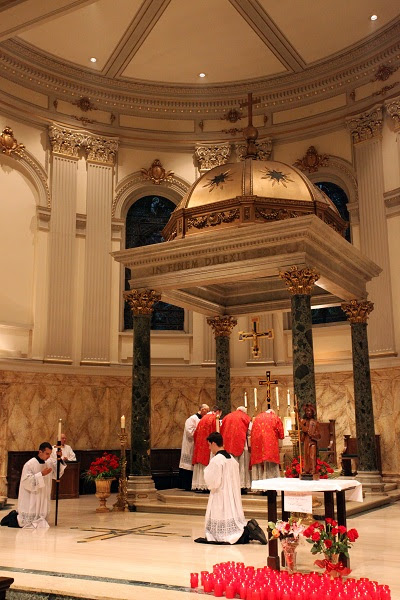