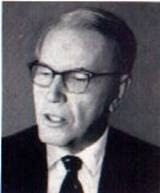 But, of course, any contradiction in defined dogma is incompatible with the infallible magisterium of the Church. Any implication, therefore, that Vatican II has in any way abrogated dogmatic expositions of former councils calls into question the divine institution and perpetual guarantee of the Catholic faith. Furthermore, the Second Vatican Council made no dogmatic definitions: Its purpose was strictly pastoral in nature. And Vatican II declared expressis verbis the continuity of the "spirit" of its utterances with that of former councils. The Holy Father gave a clear answer to those who wish to treat Vatican II as a kind of beginning of the authentic Christian revelation, as a new norm against which the teachings of former Councils must be measured: "The teachings of the Council do not constitute a complete, organic system of Catholic doctrine. Doctrine is much more extensive, as everyone knows, and it is not called into question by the Council nor substantively modified" (Address of Pope Paul VI, Jan. 12, 1966).

But in reality the propagators of the "post-conciliar spirit" do not truly identify it with the spirit of the decrees of Vatican II. The term itself—"post-conciliar spirit," "post-conciliar Church"—clearly suggests that something quite different is meant. Often this is openly and frankly admitted as at the [1967] Toronto Congress, where the Vatican Council was seen by some speakers as only a beginning but as not fully expressing the "post-conciliar spirit." In fact, this conveniently vague notion has no basis in the infallible magisterium of the Church. It represents, rather, a mentality nourished by historical relativism and at the service of that fictional creature "modern man."

Yet, the "post-conciliar spirit" cannot justly designate the state of the Church after Vatican II, for no one can deny that there are contradictory currents within the framework of the Church today, not one trend that embraces all Catholics. Thus, it is not even possible to speak of a "post-conciliar spirit" that is analogous to the "post-Tridentine mentality." The Council of Trent imposed through its precise and emphatic definitions of faith a lucid unity of spirit on the hierarchy, clergy, and all the faithful, a spirit that stamped the time which we know today as the Counter-Reformation.

If we wish to know precisely in what the new modernism that calls itself the "post-conciliar spirit" consists, we have only to turn to the numerous warnings of the Holy Father. If we examine the speeches and writings of the heralds of the "post-conciliar spirit," we shall find that the real content of this spirit is the desire to conform to "modern times," "the scientific age," to "man come of age." (Of course, the new norm is as much a mere speciality of a single epoch as the National Socialist "ethos of the Nordic race" was a specialty of a single people.)
This modernization of the Church is put forward as an attempt to deepen the truth of Christian revelation, to free the deposit of Catholic faith of "mythological elements." But in making the alleged mentality of our epoch the criterion of the faith, these post-conciliar spirits are only replacing the perennial faith with short-lived and often self-contradictory slogans. The fashionable theories that fill the air are usually no more than sophisticated superstitions. In choosing these as the norm for their alleged deepening of the Christian truth, the post-conciliarites have, in reality, set the wolf to mind the sheep.

Perhaps the most pervasive manifestation of the "post-conciliar spirit" is the unrestricted freedom many assume in the discussion of religious matters, a penchant for re-examining the dogmas, instead of accepting the deposit of Catholic faith as transmitted infallibly by the Church. But when these post-conciliar persons assert that the Church must be adapted to the mentality of our epoch, they had in mind meeting all the objections that are made against the Church—notionly by the Protestant denominations but also by the "world." The deepest desire of some of our progressives seems to be to measure up in the eyes of the world. But this attitude in no way grows out of a genuine thirst for truth, but comes, rather, from an unwarranted respect for the opinions of the world and from fear of the world’s censure; it comes from having chosen to replace the infallible magisterium of the Church with certain contemporary opinions.

The absurdity of all these perversions of the faith is most flagrant in those who assert that they are deepening the truth, after first having proclaimed that there is no "static truth." This self-contradictory position, born out of radical historical relativism, would (if it were possible to take it seriously) make all striving for truth senseless, the appeal to truth an empty gesture, and faith and religion utterly meaningless.
Of course, the unchangeable character of the Church is a scandal to the world and the worldly. But the Catholic should rather affirm this unchangeableness as a sign of her supernatural foundation: "Lo! The fair form of the ancient Church rises up at once, as fresh and vigorous as if she had never intermitted her growth. She is the same as she was three centuries ago, ere the present religions of the country existed, you know her to be the same; it is the charge brought against her that she does not change; time and place affect her not, because she has her source where there is neither place nor time, because she comes from the throne of the Illimitable Eternal God" (John Henry Cardinal Newman, "Prospects of the Catholic Missioner" in Discourses to Mixed Congregations).