Our Lady of the Annunciation of Clear Creek celebra Missa Tridentina 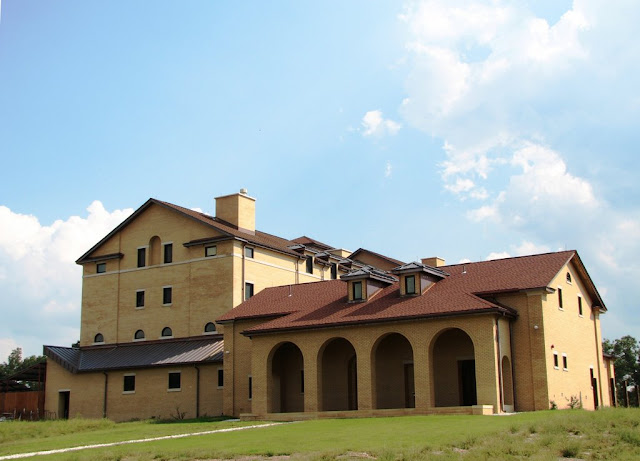 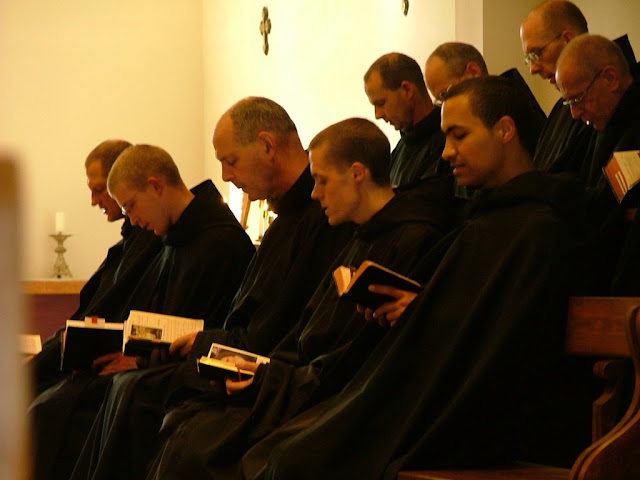 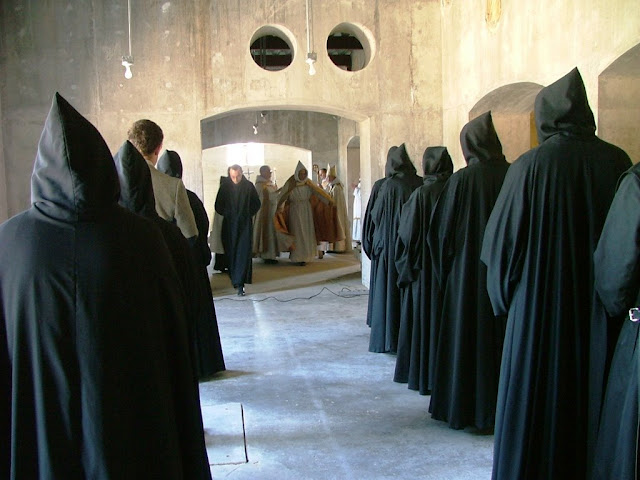 Our Lady of the Annunciation of Clear Creek is a monastic foundation of the French Abbey Notre Dame de Fontgombault, itself a foundation of Saint Pierre de Solesmes. (See Origins for a complete history.)

Over the years Solesmes started new monasteries, one of which was the Abbey of Fontgombault, restored to monastic life in 1948. Fontgombault in turn, after having sent monks to three monasteries in France, has now started one in Oklahoma in response to the gracious invitation of His Excellency Edward Slattery, Bishop of Tulsa.

Monasteries which are members of the Solesmes Congregation, as are Fontgombault and Clear Creek, in order to better to cultivate the essential of their vocation, that is, the life of prayer, do not assume pastoral charge of parishes nor run schools. But in the Rule of Saint Benedict, hospitality has an important place, and Benedictine tradition has always considered this to be a part of the monastery's role in the Church. So, besides their deep communion with the life of the Church and their prayer for all, the monks of Clear Creek receive guests for retreats and help the faithful participate in their life of prayer and recollection, especially through the Divine Office.

It is indeed a part of the Solesmes tradition to cultivate a solemn, public liturgical Office. The monks of Clear Creek celebrate God's glory in Latin, so appropriate to give an idea of God's majesty, a sense of the sacred. Thus the monks exploit the riches developed over centuries in the Church's liturgy and cultivate Gregorian Chant.

Two other main features of the Solesmes Congregation and which the monks of Clear Creek will strive to fully live must be noted: deep fidelity to the Holy See and devotion to the Virgin Mary.

Saint Benedict, the patriarch of western monks, lived in Italy in the 6th century. He was heir to a monastic tradition that dates back to the first centuries of the Church and has its source in the Gospel: "As for yourselves," says Jesus, "be perfect as your heavenly Father is perfect." The evangelical counsels of poverty, chastity, and obedience are means recommended by Christ for speeding the reign of love in souls, in which Christian perfection consists. To help them become perfect, Saint Benedict proposes to his disciples to seek God by living these counsels in monastic community under the authority of the Rule and of an Abbot who will be their spiritual father. In that framework, the monk seeks God and eternal life by imitating Christ along the paths of humility and obedience, preferring nothing to His love.

It is to favor this quest of the "One Thing Necessary," the essential of spiritual life, that the monk lives in the silence and the enclose of a monastery, because the world's agitation and noise can only trouble the soul's recollection.

The monk's day is centered on the Liturgy and the Divine Office, whose heart is the holy Sacrifice of the Mass, for there he finds the highest expression of his prayer and God's greatest glory. Outside of these times singing together the Lord's praise, the monk is engaged in more personal prayer, in study, and in the tasks that obedience assigns him.

Clear Creek monastery is especially dedicated to the Virgin Mary in the mystery of the Annunciation and to Mary's total, loving response to God's plan: "Behold the servant of the Lord; let it be done to me according to Thy word" (Lk 1:38).

Visitors are welcome at low and conventual Masses and at most of the canonical hours.