Our Australian friends made certain to send some images our way from the solemn pontifical Mass celebrated by Cardinal Pell in his Cathedral today.

A few more photos from Berlin

Further to our post of the other day of the ordination of a new priest for the German-based Insitute of St. Philip Neri, they now have photos up of that young priests first Mass: a requiem Mass.

Here are a few, please see the site for the rest. (All photos copyright Cathrin Bach)

First images from CIEL in Rome

I'm expecting to get some official images from CIEL France itself, as well as a report on the conference from them, all of which will be posted here on the NLM, but in the meantime I had a sense that Mr. J.P. Sonnen of Orbis Catholicus would not let us down, being that he has the great privilege of being in Rome:

Solemn Mass in the Basilica of Santa Maria Maggiore in one of the chapels. Msgr. Camille Perl, long-time secretary of the Ecclesia Dei Commission was celebrant.

Images from other liturgies:

Mass offered by the head of the ICRSS:

Mass offered at the tomb of Blessed John XXIII by Dom Louis Marie, Abbot of Le Barroux, in the Vatican Basilica:

Mass offered at the altar of St. Gregory the Great in the Vatican Basilica:

Pontifical Low Mass offered by a French Bishop at the Altar of St. Joseph in the Vatican Basilica -- it was estimated that over 200 people attended this Low Mass:

The Society of St. Hugh of Cluny and Seminarians of Holy Apostles Seminary

The Society of St. Hugh of Cluny sent me information on some spectacular pictures they have up: Immaculate Conception Parish Reintroduces Traditional Latin Mass

" A Missa Cantata was celebrated in the magnificent surroundings of the Church of the Immaculate Conception, Waterbury. The vast Roman-style edifice was filled with worshippers... Seminarians from Holy Apostles Seminary, Cromwell, CT, provided the splendid chant for the Mass."

The Mass was celebrated by Fr. Richard Cipolla 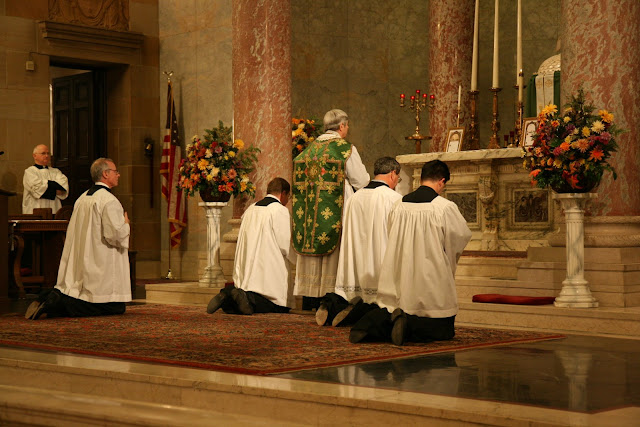 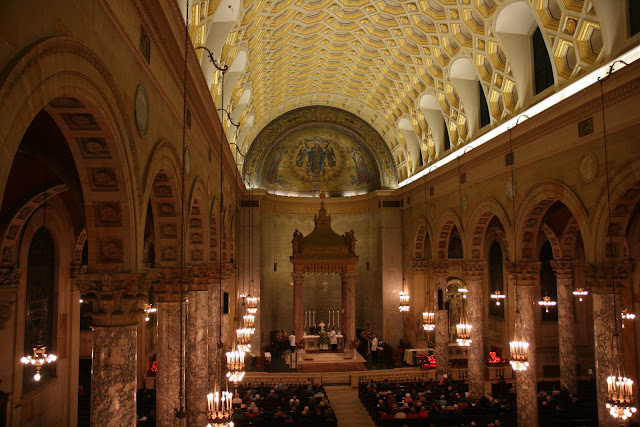 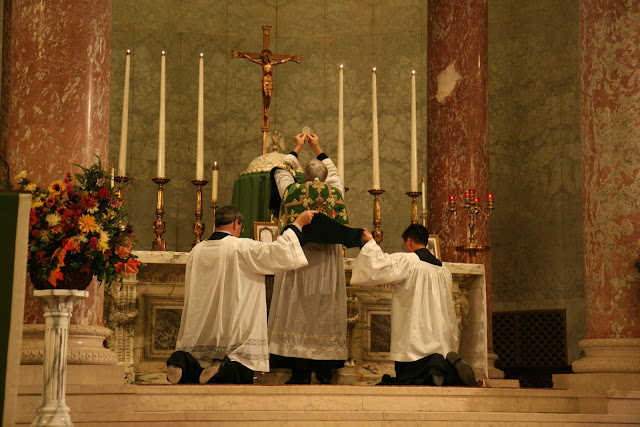 ORBIS CATHOLICVS has a photo report up on the Pontifical Mass of Cardinal Castrillon Hoyos in St. Ivo alla Sapienza by Borromini. He tells us that the Mass setting was Palestrina's Missa Regina Coeli. Just a couple of photos: 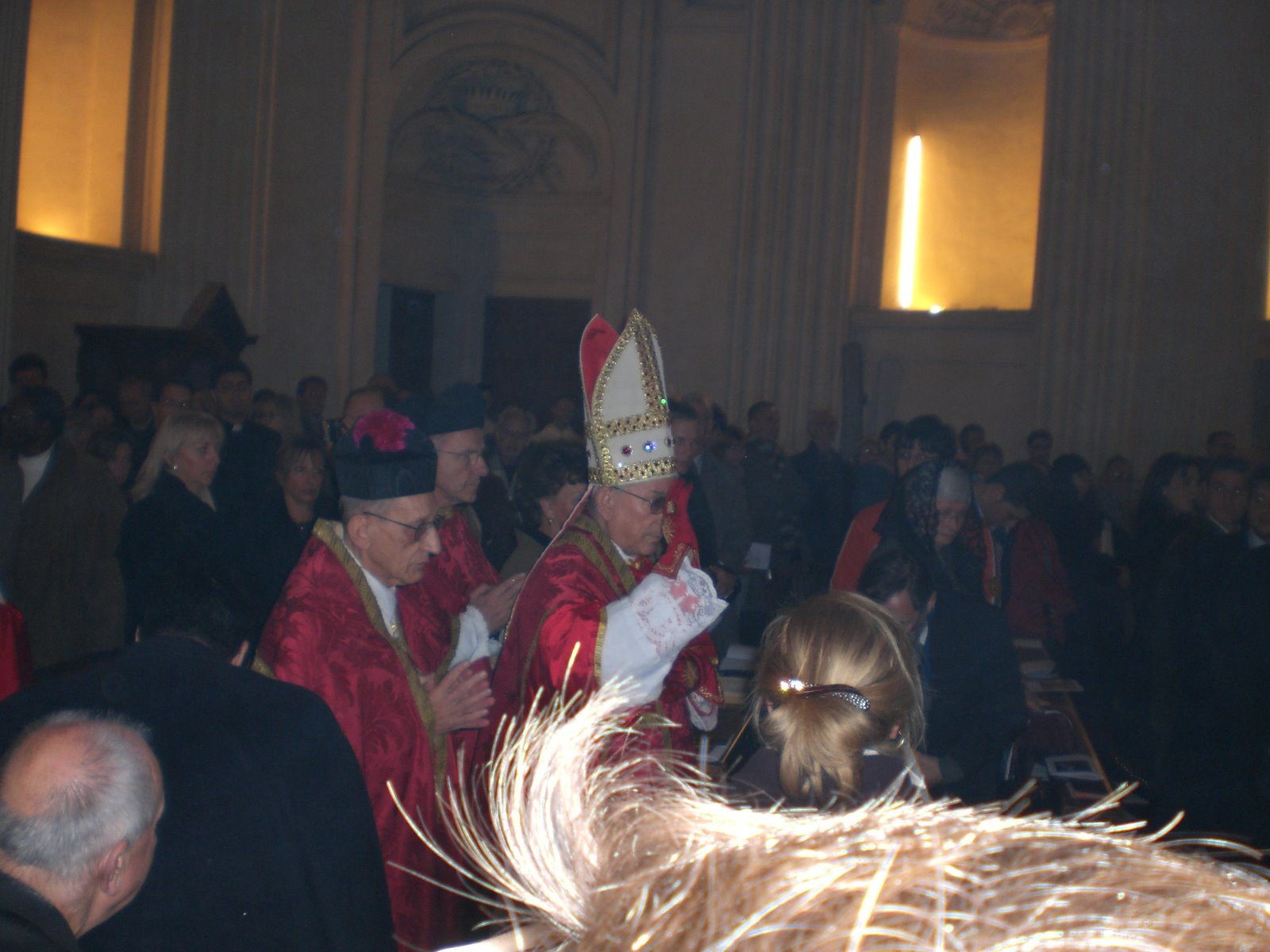 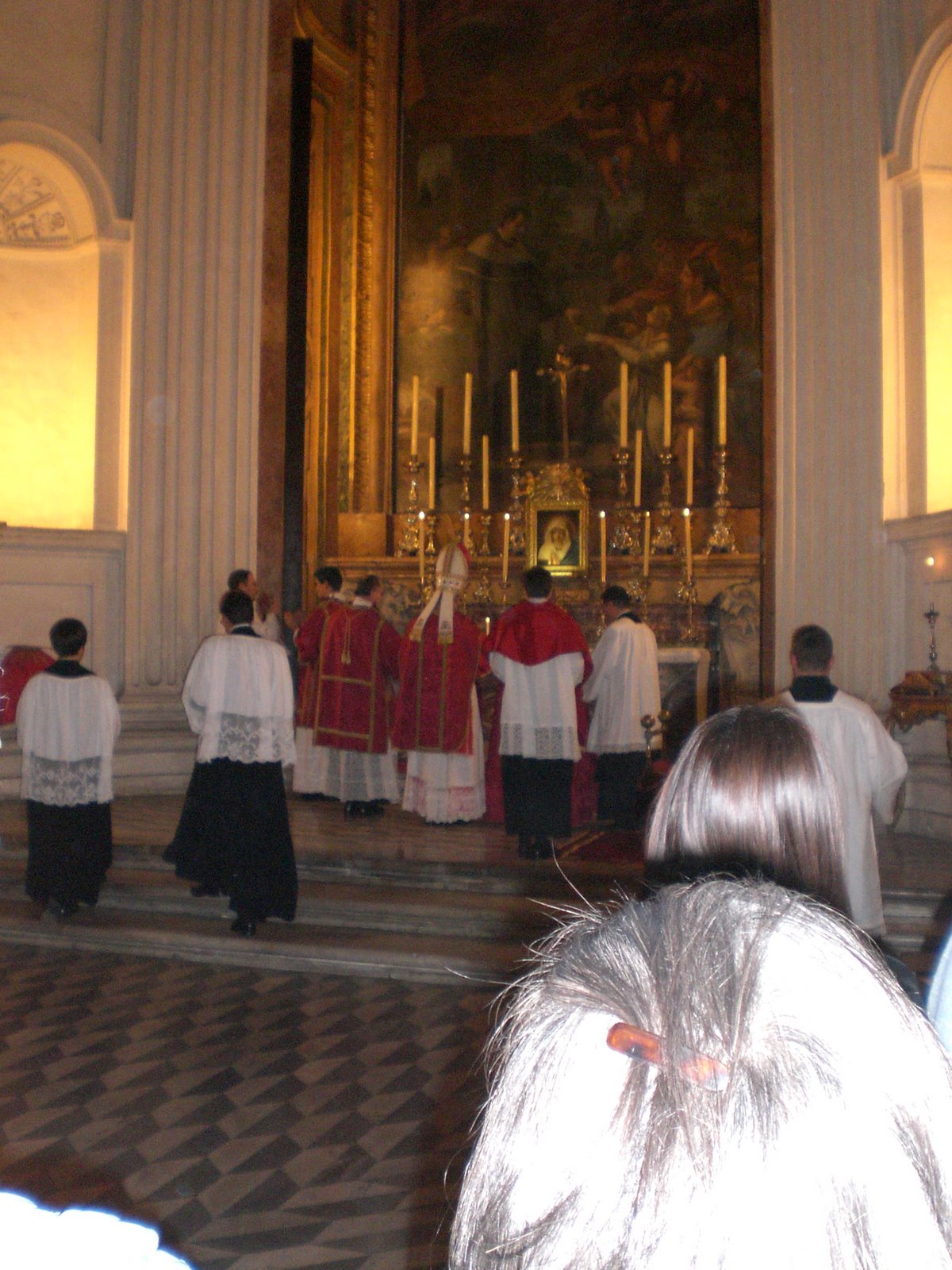 We are informed one of the Canons of the Cathedral of Milan served in a liturgical capacity, and members of the Oratory, the Canons Regular of the New Jerusalem, the Norbertines, and even the SSPX in Rome, were present at the Mass.