An abbot explains "the Tridentine Mass"

An abbot explains why "the Tridentine Mass is the missing link" 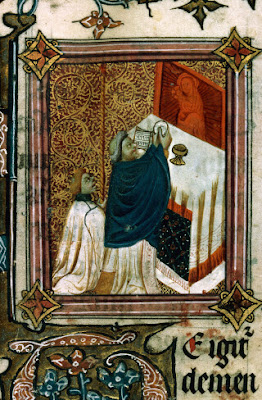 A solid interview with Dom Christopher Zielinski, OSB Oliv., Abbot of the Olivetan Abbey of Our Lady of Guadalupe, in Pecos, New Mexico (Tip: Reader).

Will the Pope restore the Tridentine Mass?Abbot: The Tridentine Mass, the Mass of St. Pius V cannot be considered abolished by the so-called new mass of Paul VI. We must never forget that the Second Vatican Council was not a break from the past, but a renewal in continuity. That is why the question regarding the liturgy must be one of seeking the true sense of the Council and implementing it. Therefore, the question that needs to be asked is whether or not the Indult of Pope John Paul II and the creation of the Pontifical Commission of Ecclesia Dei, that gave permission to the Bishops to allow for the celebration of the Tridentine Mass, was implemented in the spirit of justice and compassion.READ...