Dom Jean Pateau Abbot of Our Lady of Fontgombault : "They talk about peace, while war is brought to wombs by abortion!" 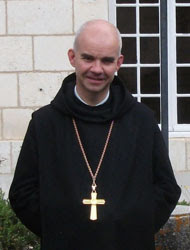 THE ASSUMPTION OF THE BLESSED VIRGIN MARY 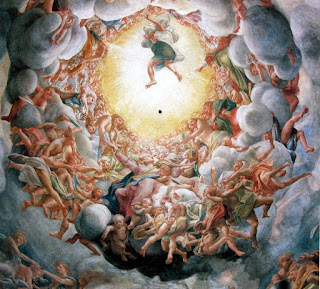 Sermon of the Right Reverend Dom Jean Pateau
Abbot of Our Lady of Fontgombault
(Fontgombault, August 15, 2015)
Et benedictus fructus ventris tui.
And blessed is the fruit of thy womb.
(Lk 1:42)
Dear Brothers and Sisters,
My dearly beloved Sons,
and most especially you, who are celebrating on this day
the sixtieth anniversary of your religious profession,
The choice of today’s readings might seem surprising.
Since no text in the New Testament tells of the Assumption of Our Lady into Heaven, the Church has chosen for the Epistle the Book of Judith, where the heroine sets the people of God free from the yoke of its oppressor, and for the Gospel the account of the Visitation. These texts both testify to a benevolent exchange between Heaven and earth.
God is blessed by the people of Israel for having made it victorious over its foes, and for raising in its midst the woman who was instrumental in securing this victory. Judith also is blessed for having yielded herself unreservedly and with trust to God’s design, when her people was living in anguish and tribulation. As in a parallel, the Gospel tells of the double blessing uttered by Elizabeth, first concerning her cousin, Mary, Mother of her Lord, then concerning the Divine Child Who rests in her womb. Mary in turn raises towards God, as a bunch of flowers, her canticle of thanksgiving and blessing, namely the Magnificat. Mary, who was foreshadowed in Judith and her fight against evil, is she who is blessed par excellence, she who more than anyone else has believed that the promises of the Lord would be fulfilled.read...