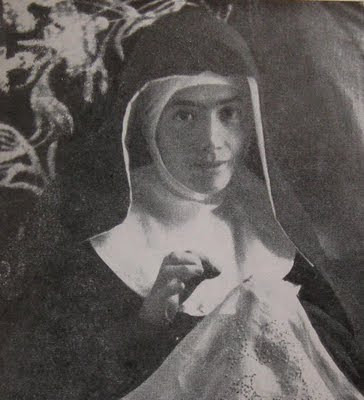 "Pray, and loose no time, lest it be too late; since dense darkness surrounds the earth and the enemy is at the doors!" Feast of the Immaculate Heart of Mary -- August 22, 1960 The Madonna speaks: "The hour of the justice of God is close, and will be terrible!
"Tremendous scourges are impending over the world, and various nations are struck by epidemics, famines, great earthquakes, terrific hurricanes, with overflowing rivers and seas, which bring ruin and death.
"If people do not recognize in these scourges (of nature) the warnings of Divine Mercy, and do not return to God with truely Christian living, ANOTHER TERRIBLE WAR WILL COME FROM THE EAST TO THE WEST. RUSSIA WITH HER SECRET ARMIES WILL BATTLE AMERICA; WILL OVERRUN EUROPE. The river Rhine willbe overflowing with corpses and blood. Italy, also, will be harrassed by a great revolution, and the Pope will suffer terribly.
"Spread the devotion to my Immaculate Heart, in order that many souls may be conquered by my love, and that many sinners may return to my Maternal Heart. Do not fear, for I will accompany with my maternal protection my faithful ones, and all those who accept my urgent warnings, and they - especially by the recitation of my Rosary - will be saved.
"Satan goes furiously through this disordered world, and soon will show all his might. But, because of my Immaculate Heart, the triumph of Light will not delay in its triumph over the power of darkness, and the world, finally, will have tranquility and peace." Good Friday ---1961
The Sorrowful Madonna speaks:
"People pay no attention to my motherly warnings, and thus the world is falling headlong into an abyss of iniquity. Nations shall be convulsed by terrible disasters, causing destruction and death.
"Russia, spurred on by Satan, will seek to dominate the whole world and, by bloddy revolutions, will propagate her false teachings throughout all the nations, especially in Italy. The Church will be persecuted and the Pope and the priests shall suffer much."
Sister Elena Aiello speaks:
"Oh, what a horrible vision I see! A great revolution is going on in Rome! They are entering the Vatican. The Pope is all alone; he is praying. They are holding the Pope. They take him by force. They knock him down on the floor. They are tying him. Oh God! Oh God! They are kicking him. What a horrible scene! How dreadful!
"Our Blessed Mother is drawing near. Like corpses those evil men fall down to the floor. Our Lady helps the Pope to his feet and, taking him by the arm, she covers him with ehr mantle saying: "Fear not!"
"Flagstaffs (flying the Red Flag over St. Peter's dome and elsewhere) collapse, and power is gone out of the clubs of those evil brutes. These atheists are ever shouting: 'We don't want God to rule over us; we want Satan to be our master!'"
Our Blessed Mother speaks again:
"My daughter, Rome will not be saved, because the Itailian rulers have forsaken the Divine Light and because only a few people really love the Church. But the day is not far off when all the wicked shall perish, under the tremendous blows of Divine Justice."