Bookmark and Share Octave of Easter at the Oratory of Ss. Gregory and Augustine, St. Louis

We have drawn attention to the Oratory of Ss. Gregory and Augustine -- attached to Saint Louis Abbey -- in various respects before; from their beautiful custom-made vestments and altar frontals, to their newly carved reredos. Indeed, it is always a delight to feature them and accordingly, we were very pleased to receive some further photos from the Oratory, showing one of the Masses celebrated during the recent Octave of Easter by Dom Bede Price, OSB. (A few comments beneath each photo.) 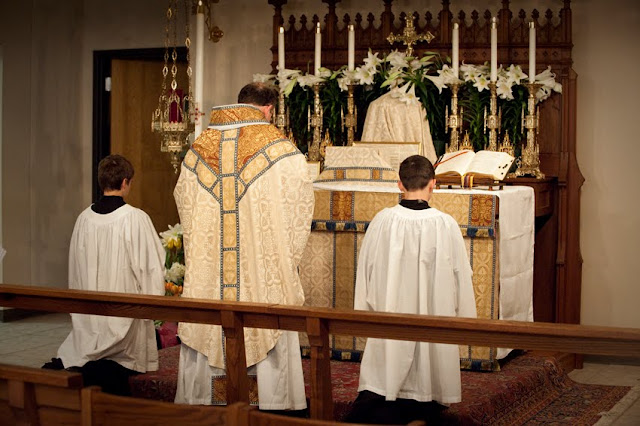 The chasuble is very well done in my estimation and is particularly well complimented and completed by the apparels on the amice and alb. I would also point out the antependium, which is also very well executed. 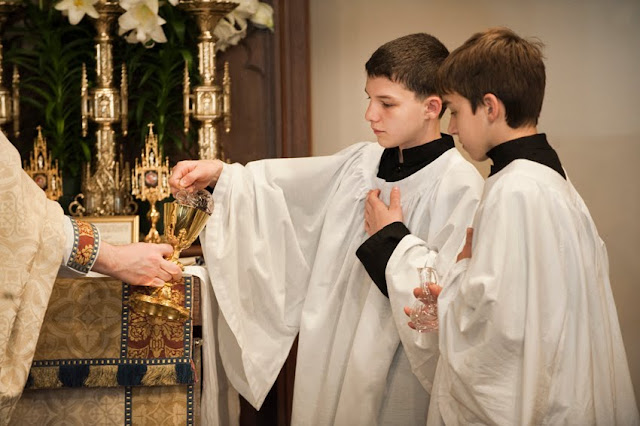 This style of surplice, simple but full flowing, works very well in relation to the mediaeval inspired forms being generally used. (I would also take a moment to note that the cuffs of the priest's alb are likewise ornamented.)