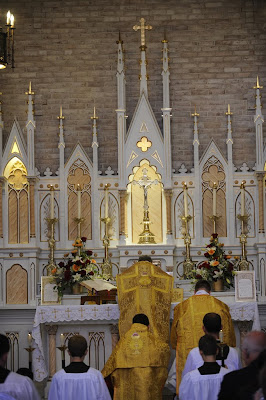 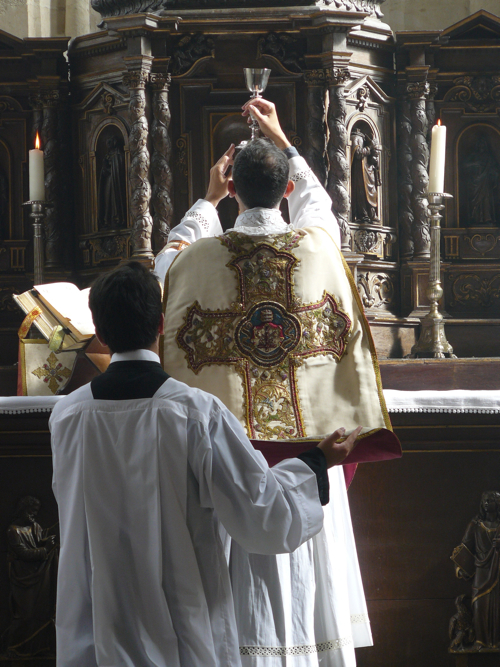 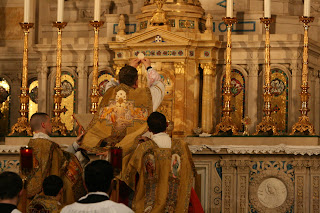 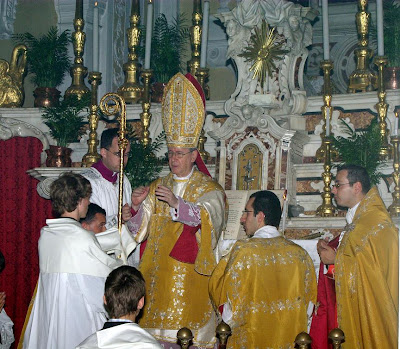 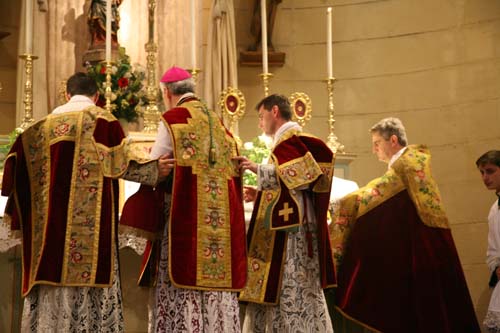 The deacon, Rev Mr Simon Harkins, a Fraternity seminarian who hails from Edinburgh, preached a most interesting sermon on the priesthood, pointing out the link between the day's propers and the Ember Saturday which would originally have preceded it. This link throws into perspective the story of Our Lord curing the man with the palsy by forgiving his sins: this is the Gospel of the day because it is a priestly action.

The Cathedral was restored not long ago and is a magnificent building; it is wonderful to see a Solemn liturgy here. The Mass was well attended and was accompanied by Haydn’s 'Missa Brevis St Johannes de Deo' to mark the 200th anniversary of the composer's death; this was sung by the Cantores Michaelis directed by Keith Davis. Solemn Mass in the Presence of a Greater Prelate in Wrocław, Poland

The Institute of the Good Shepherd in Poland sent in some photos to the NLM of a recent Solemn Mass in the presence of a greater prelate, Archbishop Marian Gołębiewski, who assisted in cope and mitre.

The Mass took place in Wrocław in the South of Poland. The Mass of was that of Our Lady of the Most Holy Rosary, with the celebrant of the Mass being Fr. Stanisław Pawlaczek. Fr Jarosław Powąska was deacon, and Fr Grzegorz Śniadoch, IBP, subdeacon. Frs. Zbigniew Chromy of Świdnica and Fr Wojciech Gryglewicz of Wrocław were the Assistant Deacons. Additionally, Fr Wojciech Grygiel, FSSP, was also in attendance.

The NLM is told that the Mass was attended by almost three hundred faithful, clergy and seminarians of the St Pius X diocesan seminary in Wrocław. The servers, inclusive of the MC, were all taken from the parish's regular corps of servers. 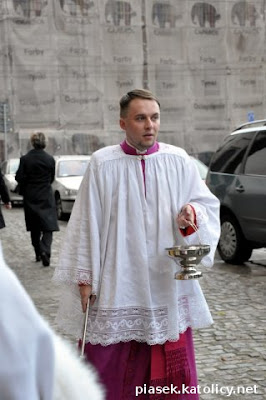 When the Archbishop arrives, he will be greeted and offered holy water which he blesses himself with and sprinkles. 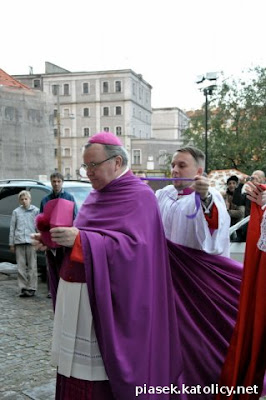 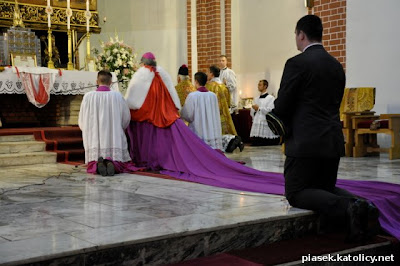 The Archbishop proceeds to the altar and tabernacle, kneels at the faldstool and prays. 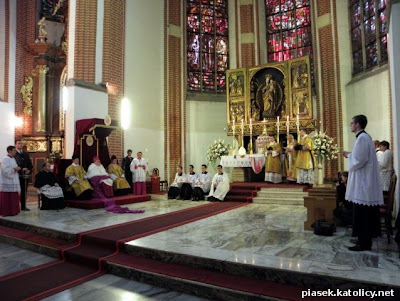 The Archbishop proceeds to the throne to prepare to vest. 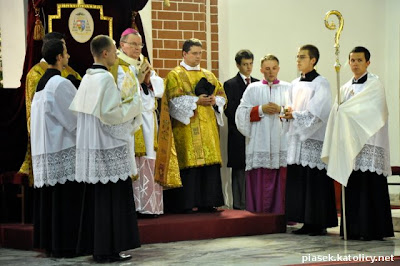 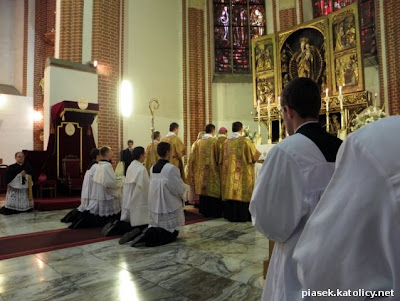 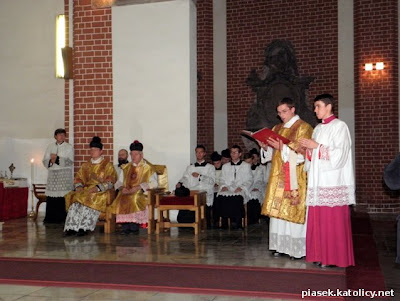 The Subdeacon chants the epistle, not turned directly toward the altar, but half turned toward altar and the Archbishop. 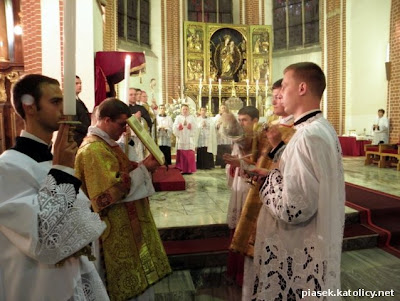 The Deacon chants the Holy Gospel. 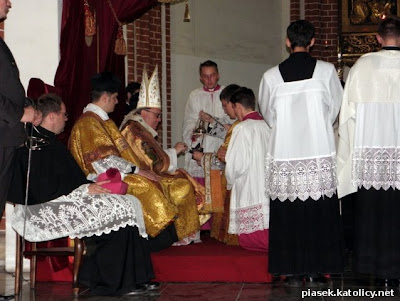 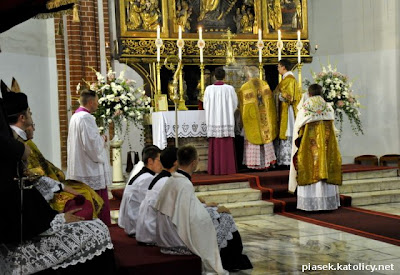 Offertory: the celebrant incenses the altar. 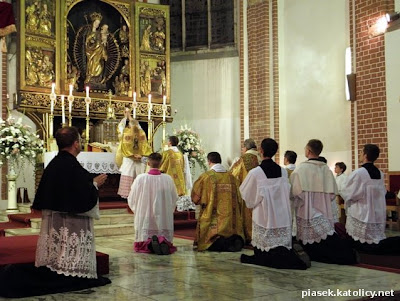 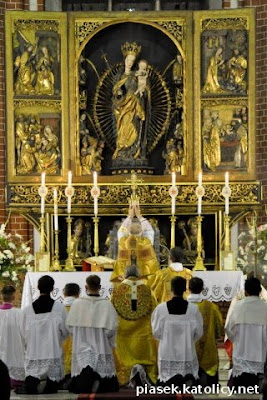 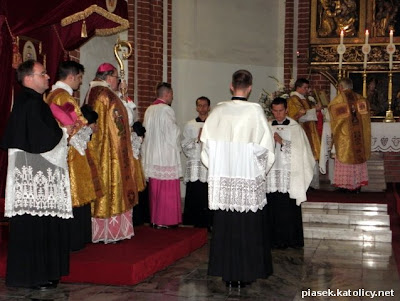