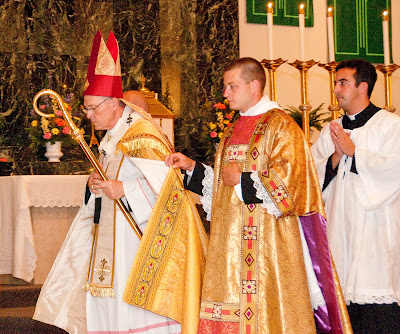 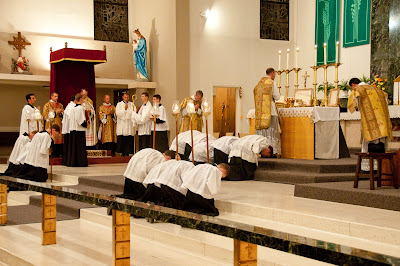 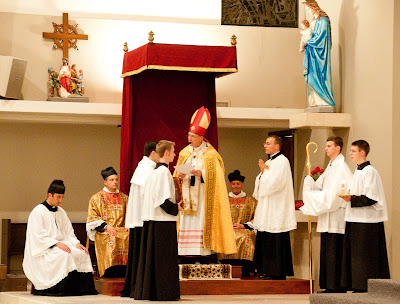 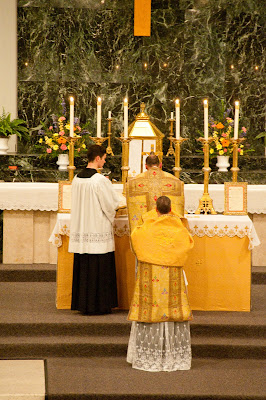 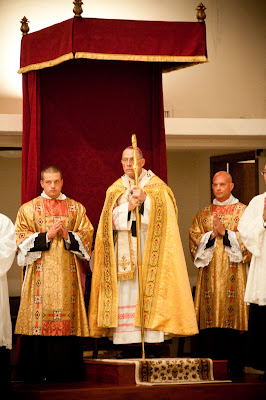 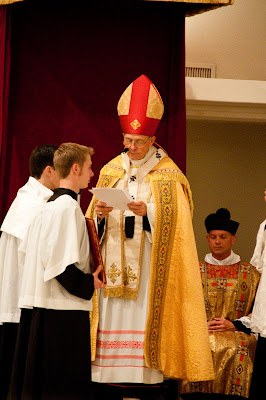 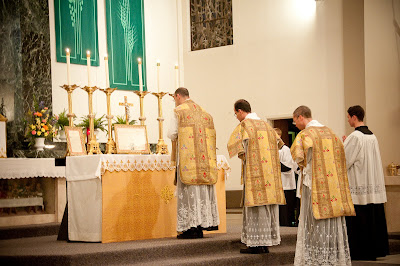 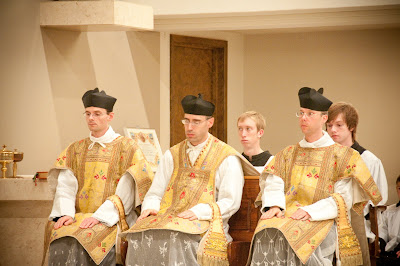 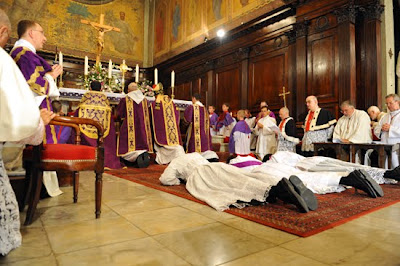 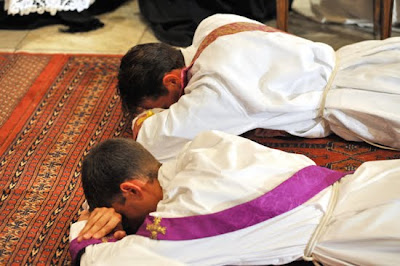 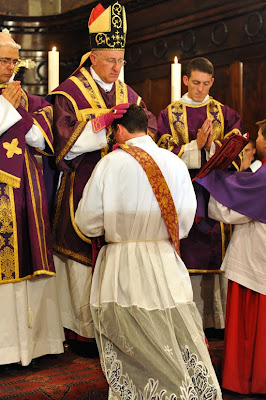 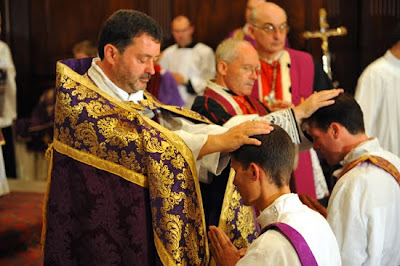 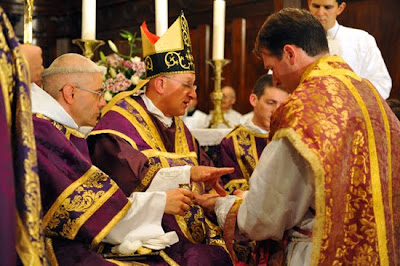 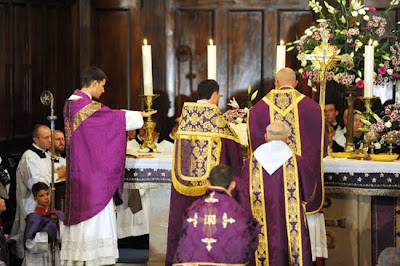 What is especially significant and wonderful about this particular televised Mass -- one of many such EWTN has aired, and one of the many solemn and dignified liturgies EWTN regularly airs in both forms of the Roman liturgy -- is that it was the first which saw all the sacred ministers and servers coming from EWTN's own: the MFVA friars and Knights of the Holy Eucharist.

Here are a few stills from the Mass.

As recently mentioned, Mariawald Abbey, the German Trappist abbey which last year had received the privilege conceded by the Holy Father of a complete return to the Liturgy and the Observance in use in the Order of Cistercians of the Strict Observance (Trappists) until 1963/64, yesterday celebrated the centenary of its erection as a Trappist abbey with a Pontifical Mass sung by the abbot, Dom Josef Vollberg. Our friend Martin Bürger at EXSVLTET has photos. 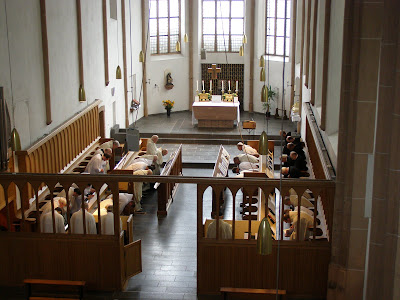 Prayers at the foot of the altar (the assistant priest was Fr Franz Karl Banauch FSSP): 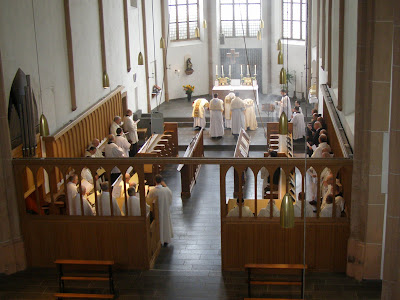 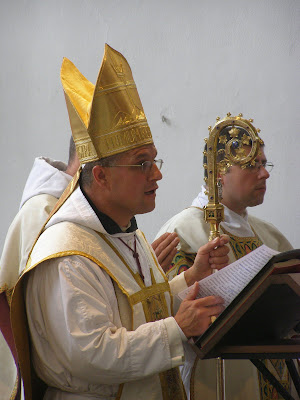 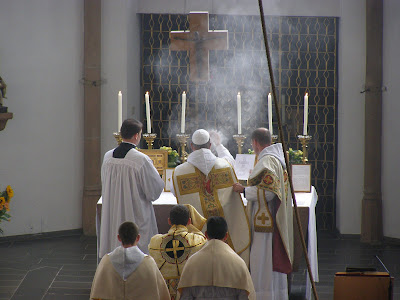 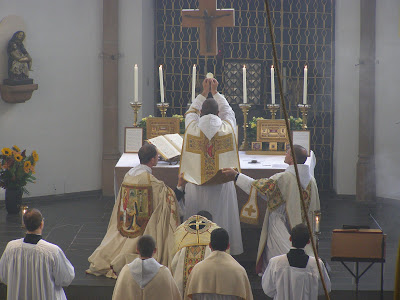 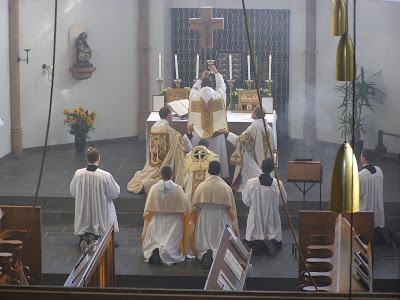 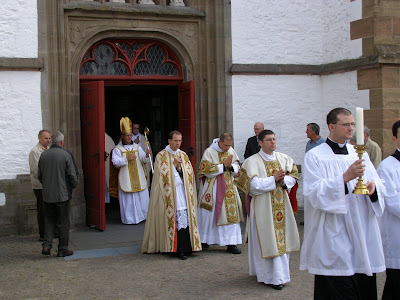