For the opening of the Populus Summorum Pontificum pilgrimage, His Grace Archbishop Guido Pozzo, Secretary of the Ecclesia Dei Commission, presided over the celebration of a Votive Vespers of St Raphael the Archangel, one of the patrons of pilgrims and travelers. The music was provided by a choir of seminarians of the Institute of the Good Shepherd, directed by Fr Matthieu Raffray, accompanied also by organ and recorder. Here is a small portion of the Vespers, the fifth antiphon and psalm, and the chapter. (Pictures below).

These photos were taken at the Opening Mass of Forty Hours Devotion at St John Cantius, Chicago on October 19, 2014. A Solemn High Tridentine Latin Mass with the Resurrection Choir and Orchestra singing Hadyn’s “Theresienmesse” - Mass No. 12 in B Flat was offered. The Mass, which was the External Solemnity of Saint John Cantius, was celebrated by the Rev. C. Frank Phillips, C.R. The Mass was followed by a solemn procession with the Blessed Sacrament around the inside of the Church. Members of the Confraternity of the Blessed Sacrament, as well as various religious attended. 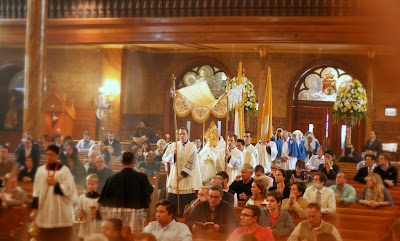 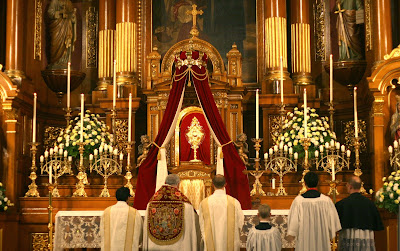 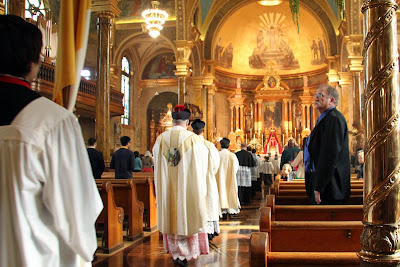 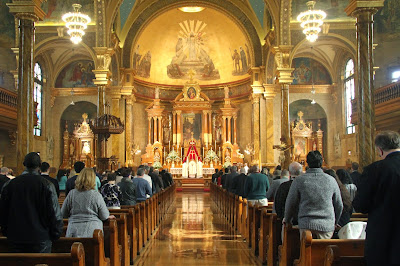 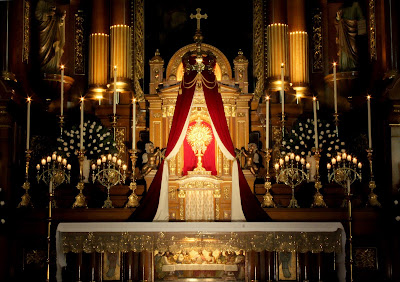 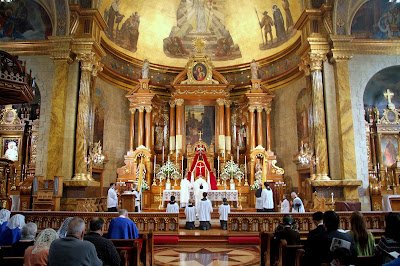 There are many more wonderful photographs here. St John Cantius also featured inOpen House Chicago when they opened their doors to hundreds of first-time visitors to Chicago's most beautiful church.
http://www.newliturgicalmovement.org/