Today, on the Feast of the Exaltation of the Holy Cross, is the third anniversary of the coming into force of Summorum Pontificum. To mark this occasion, H.E. Most Reverend Juan Ignacio González Errázuriz, Bishop of San Bernardo in Chile and priest of Opus Dei, whom we have mentioned before for his exemplary ars celebrandi (cf. here), celebrated a bishop's Low Mass in the usus antiquior in his cathedral. As far as I am aware, he is the first Chilean ordinary to do so. This how the event is reported on the website of the diocese, where it is currently the first item on the frontpage:


To commemorate the anniversary of the promulgation of the Apostolic Letter "motu proprio" "Summorum Pontificum" on the use of the Roman liturgy prior to the reform of 1970, Mass in the Extraordinary Rite in Latin was celebrated in the diocese.

The Eucharist celebrated in the Cathedral of San Bernardo was presided over by Msgr. Juan Ignacio González.

Many faithful of the diocese attended, who followed the Rite in Latin by means of a manual that was handed out at the entrance of the church.

Here are some images, which are taken from this album. 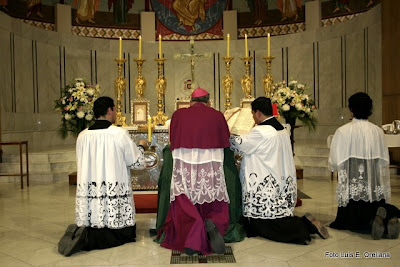 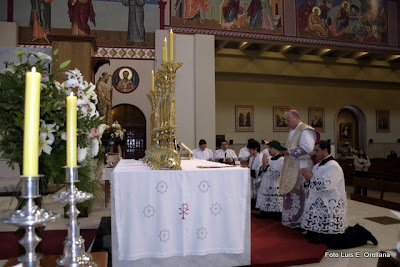 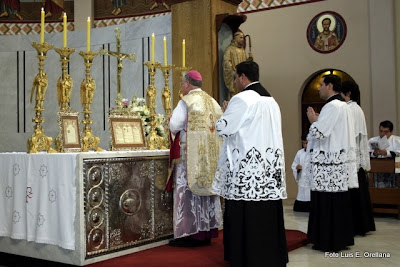 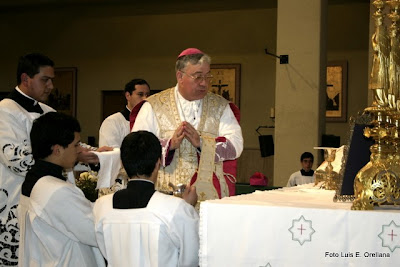 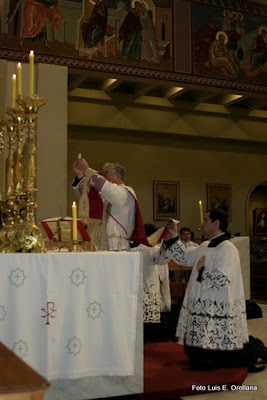 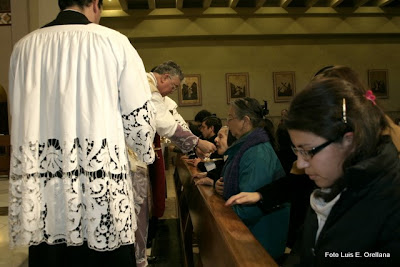 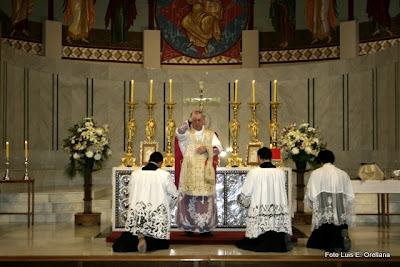