by Shawn Tribe
From a reader in Australia:


The Christus Rex Pilgrimage is an annual pilgrimage where pilgrims walk between two provincial shrines in Victoria, Australia, through the countryside. Celebrating it’s 22nd year, it is in honour of the solemn feast of Christ the King starting from St Patrick’s Cathedral, Ballarat on Friday, 26th October, and ending after three days of walking at Sacred Heart Cathedral, Bendigo on the Sunday feast, on the 28th of October 2012.

Inspired by the Paris to Chatres Pilgrimage, it draws together over 300 pilgrims from all around Australia and even overseas, to walk, pray, and sing hymns to give glory to Christ the King.

The traditional Mass is celebrated daily at local churches, except for Saturday, where an outdoor Mass is held. This year saw the commission of the new Eucharistic Tent designed by architect, Sidney Rofe, for the Archdiocese of Sydney. This tent was custom made for the archdiocesian Corpus Christi procession and was kindly loaned by Bishop Julian Porteous, auxillary bishop of Sydney.

Testimony to it’s enrichment to the lives of Catholics around Australia, 12 priests devoted their weekend for the spiritual benefit of the pilgrims, through the wet, cold and then sweltering heat of Victoria. Pilgrims were also met at the Cathedral by Bishop Les Tomlinson, the bishop of Sandhurst, who also sat in choir during the Solemn Mass. 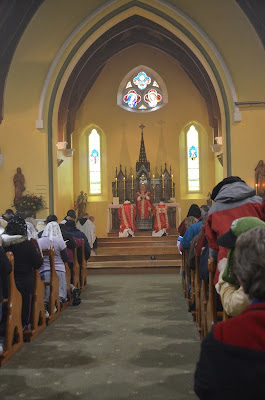 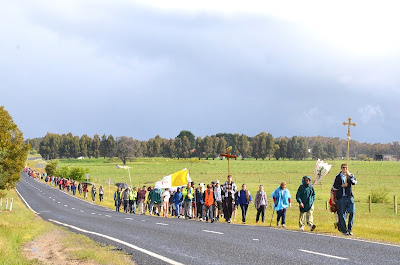 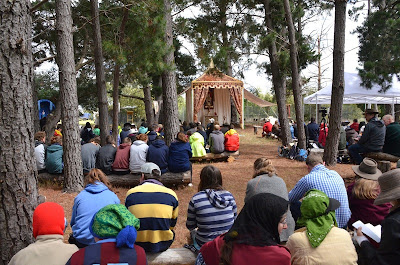 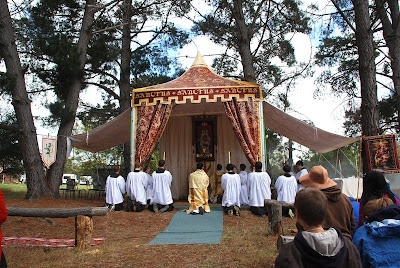 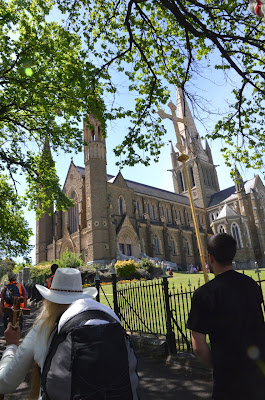 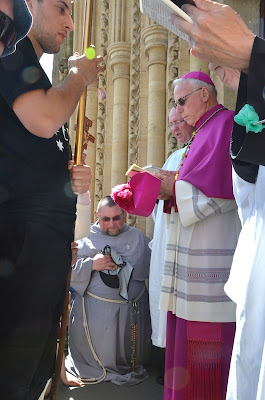 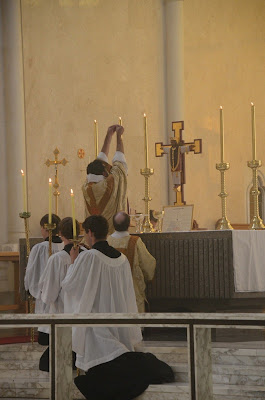 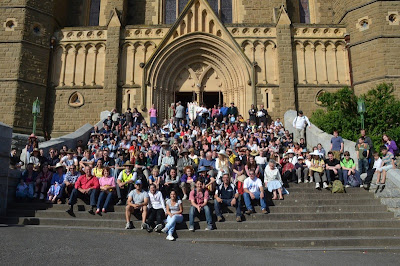 Fr. Aidan Nichols on the Ordinariate and the New Evangelization

by Shawn Tribe
Continuing on with our consideration of the Ordinariate today, I wanted to draw your attention to an address given by Fr. Aidan Nichols, entitled, Visionary Gleamings: The Ordinariate and the New Evangelization.

In his address, Fr. Nichols gives consideration to some of the potentialities and opportunities he sees for the Ordinariate. You can read the entire address there, but here is an excerpt I think many of our readers will find of interest: 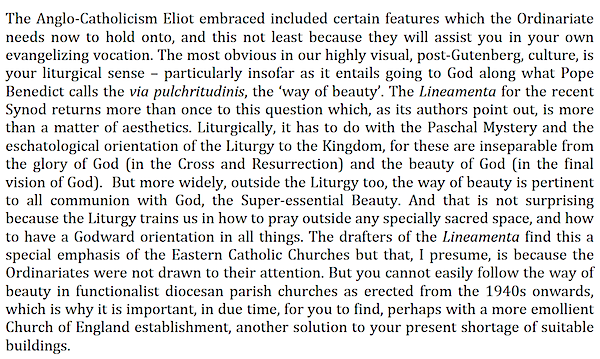 News from the U.K. Ordinariate

by Shawn Tribe
One of our Ordinariate readers sends in the following bit of news:

Last week the Ordinary of the Personal Ordinariate of Our Lady of Walsingham, Monsignor Keith Newton, celebrated Mass according to the Book of Divine Worship at the end of a conference on mission and evangelisation at the church of St Patrick's, Soho Square, and at the former Anglican church of St Agatha's, Portsmouth. During the latter, a peal of bells was blessed.

At Soho Square, well-known Anglican hymns replaced the Proper of the Mass, and the setting by John Merbecke was used for the Ordinary of the Mass. In Portsmouth hymns were sung, and English plainchant propers were led by the schola. The Ordinary of the Mass was Missa de Angelis set using the traditional language English texts as published by the Plainsong and Medieval Music Society. As is proper to the Anglican tradition, Holy Communion was distributed under both kinds, kneeling at a Communion Rail. Following the example of the Holy Father, a paten (Communion Plate) was used.

Each celebration represented examples of liturgical traditions within High Church Anglicanism, one which looks towards distinctive English ceremony and vesture, the other toward the Roman liturgical tradition as embodied by the likes of the Society of SS Peter and Paul, and the artist Martin Travers.


Here are some photos. First, from Soho Square. 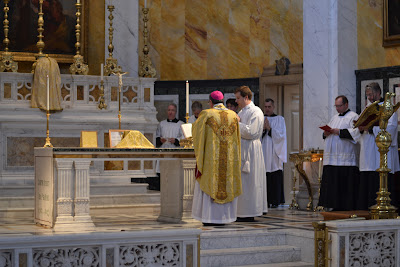 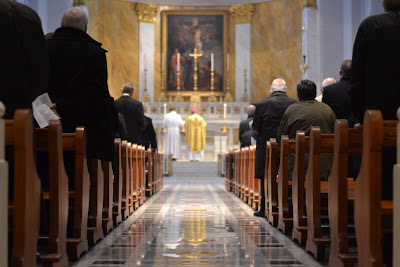 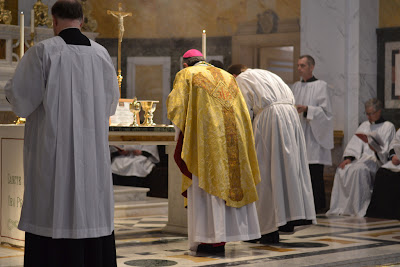 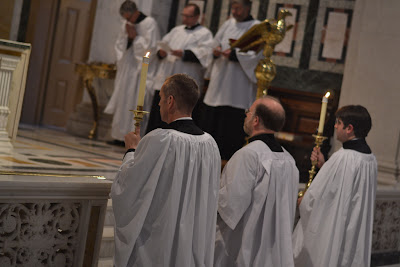 (And here are a bit of video from the same:)


And here are a few from Portsmouth. 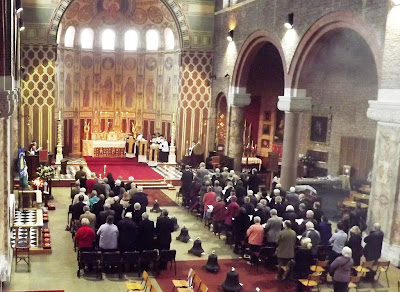 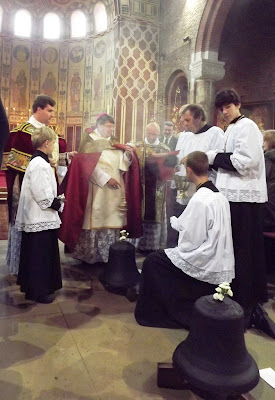 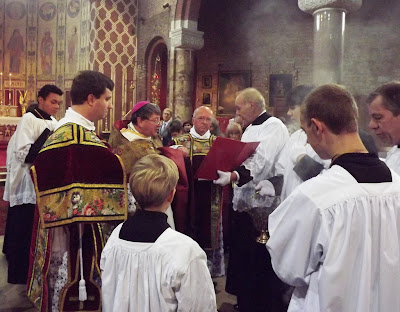 Photos copyright the Personal Ordinariate of Our Lady of Walsingham
http://www.newliturgicalmovement.org/