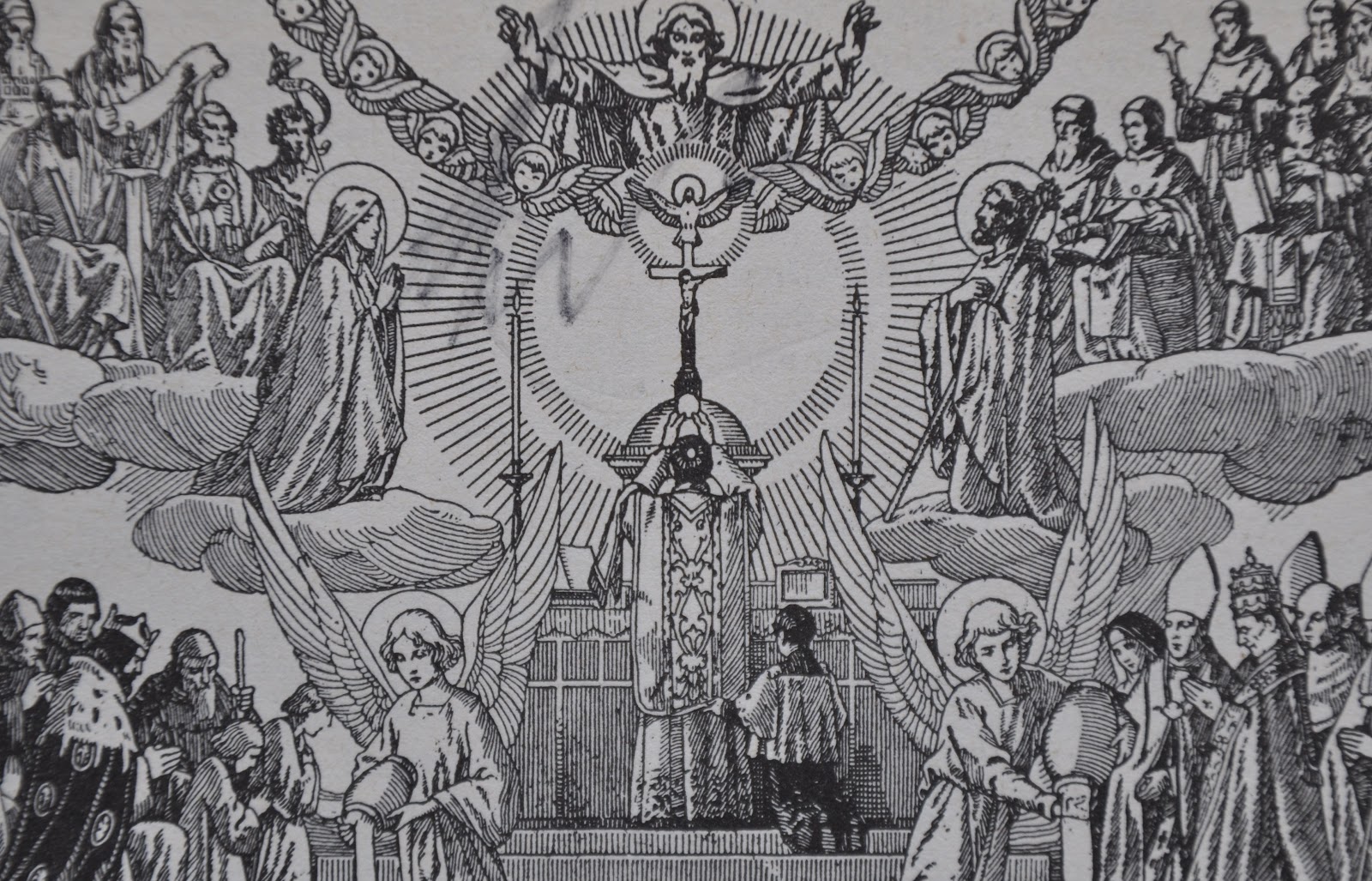 The Christian's Life is a Mass.

"Tu es sacerdos in aeternum!" “You are a priest for ever!” What a joy was ours when, on the morning of our ordination, a consciousness of this divine reality dawned in our souls: "You are a priest for-ever!" Yes, we were happy then with a happiness we could not measure, a happiness which the passing years have served but to increase.

Many Christians in the world envy us our sacerdotal dignity. Well do I understand their holy jealousy. For their consolation, I would remind them of a truth which they do not perhaps sufficiently recognize — Every Christian has received a true participation in the priesthood of Jesus Christ; as a member of the mystical Body of Christ, he belongs, as St. Peter has authoritatively declared, to "a chosen generation, a kingly priesthood." St. Ambrose repeats the same truth to the people of Milan: "All the children of the Church are priests; in Baptism they receive the anointing that makes them participate in the Priesthood; the victim which they must offer God is wholly spiritual: this victim is themselves."read...


Mystic Treasures of the Holy Mass 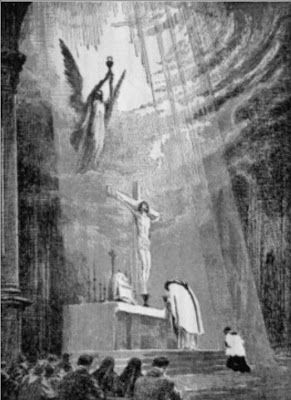 On the first Wednesday of the month when I volunteer at the Apostleship of Prayer (AoP) I always take a few minutes to browse the library shelves. The AoP recently acquired the books of Fr. Richard Tomasek, SJ who has just passed away this past August, and I've found some real gems among his donations including Mystic Treasures of the Holy Mass by Fr. Charles Coppens, SJ which was written in 1905.

One of the very first posts that I wrote on this blog 2-1/2 years ago was about a pilgrimage that my sisters and I made to Our Lady of Guadalupe Shrine in La Crosse, WI. It was at this Shrine where I experienced the Latin Mass for the first and only (so far!) time. I had written in that post that I was mystified by the translation that said that the priest offered a "secret" prayer. I wondered what that secret prayer could be and in Mystic Treasures of the Holy Mass, I found the answer to that long ago question.

"The entire series of prayers and ceremonies that make up the Canon are the most solemn that the human mind can conceive. But the words are not heard by the people; for this part of the Holy Mass is called "the Secret," from the "Sanctus" to the "Pater Noster," The silence entered upon by the priest soon spreads over the entire congregation...So during the secret portion of Holy Mass the incense of prayer from the hearts of the priest and people ascends to the throne of God in Heaven."

Sigh...isn't that a beautiful explanation? I also found this suggestion for prayer during the Consecration of the Mass to be especially touching and effective:

"At the most solemn portion of Holy Mass she suggests propriety of individual communing with Christ by the silence of her ministers at the altar. The time is most appropriate for laying our wants and desires before the throne of God's mercy. A practice familiar to many devout persons, one said to have been dear to St. Aloysius, consists in imaging ourselves at that solemn moment to see the crucified Lord, as He was on Calvary, and recommend our principal requests through the bleeding wounds of our Redeemer. By the wounds of his sacred head we may pray for all of our superiors, spiritual and temporal, the Pope, the Bishop, our pastors, rulers, parents, etc. By the wound of the right hand of Christ we beg blessings for our relatives and friends. By that of the left hand for all sinners, and in particular for our enemies, who hate, persecute and calumniate us. In the wound of the right foot of Christ we ask perseverance for all the just; in the wound of the left foot we recommend the souls in Purgatory, those chiefly for whom we have special reasons to intercede. Finally, in the wound of His Sacred Heart we seek a safe refuge for ourselves, enumerating our own personal wants of body and soul, for time and eternity."
http://annebender.blogspot.pt/2011/11/mystic-treasures-of-holy-mass.html

Father M. von Cochem
To omit hearing Mass merely from carelessness or indolence would be proof that we were either ignorant of, or indifferent to, the divine treasures it contains. God grant that those who read this may in future appreciate more fully this pearl of great price, value it more highly, seek it more diligently. Ponder this.
What dost now think of the Holy Mass, O Christian? Can it be supposed that in the whole world there is any other good work whereby so many graces and fruits are placed within our reach? It is no longer possible to question the truth of the words of Father Sanchez:


If Christians only knew how to profit by Holy Mass, they might acquire greater riches than are to be found in all things God has created.

We have indeed a precious storehouse in the Mass: happy he who can earn treasures so great at the cost of so little labor! Who would willingly miss Mass? Who would not delight in hearing it? Let us resolve never to lose an opportunity of hearing Mass, provided the duties of our state of life do not prevent us from doing so.

Father Martin von Cochem (1625-1712). Cochem’s Explanation of the Holy Sacrifice of the Mass.