Today is the Feast of St Benedict . Pontifical Mass at the Throne - Albuquerque, NM 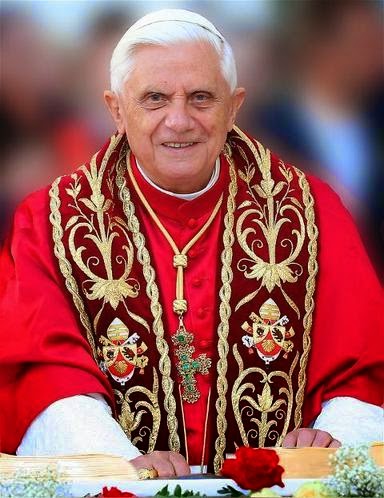 Over the course of the preceding year, there had been a number of amicable but highly tentative discussions about the extent to which the traditional Latin Mass should find a place in the life of our newly established college, which was to open its doors in August 2007. At that time, the Gregorian rite was the preserve of a vibrant minority of Catholics gratefully receiving the fruits of Ecclesia Dei communities, along with the occasional lone priest who had managed to secure episcopal permission or who had been tapped to provide this service for a group of the faithful. Adherence to the old Mass was slowly growing, but the movement dwelt in the margins, in the shadows.

For our college as for so many communities, Summorum Pontificum simply changed the whole nature of the conversation, forcefully and yet peacefully. There was no longer any question of whether the old Mass would be welcome at our school; it was a foregone conclusion for those who wished to be obedient to the Magisterium, as we did. Rather, we began working out a practical plan for making it available to all who desired it.

For Catholics loyal to the Church’s Tradition, this motu proprio meant the end of a sort of Thirty Years’ War of outrageously mismatched armies. It was a surprising triumph for the faithful who had insisted that the ancient liturgy, the Mass of the Saints, has and will always have an important place in the Church’s life, and who begged to be able to worship God as so many generations had done before. Pope Benedict XVI established equal canonical rights for the OF and the EF. He did not say they were altogether equal in every way; he noted that the OF is more prevalent, while the EF “must be given due honor for its venerable and ancient usage.” Nevertheless, for the immediate peace of the Church, what matters most is that, canonically speaking, they are equal. After Pope Benedict, the EF can never be seen as the ugly duckling, the unwanted stepchild, the nutty aunt of the family, or a radioactive material to be encased in lead. It is part of the living heritage of every Roman Catholic priest, every Roman Catholic believer.

In the United States alone, the growth of the TLM is impressive indeed: from about 20 Sunday Masses in 1988, to 220 in 2006, to over 500 today. The religious communities that either serve the faithful in active ministry or utilize the old liturgical books in their contemplative life have prospered and grown, with a vastly disproportionate number of vocations for their size. There is no vocations crisis within this traditional realm—only in the larger Church whose leaders are still all too often wandering in the desert of modernism, wondering what happened to the once-filled churches and seminaries, and thinking that “more of the same” has got to be the solution. In reality, it’s time for “something completely different”—something altogether different from the postconciliar modus operandi. Something so different ... it is, thankfully, the same as the Roman Church has always had for all her centuries, with the natural growth and flux of an organic reality.

The New Evangelization will stand or fall on the strength of authentic liturgical renewal, and this renewal will stand or fall depending on whether or not it is rooted in the traditional Latin Mass as an immense good in itself and as a constant point of reference for the Ordinary Form.

No, the motu proprio and its accompanying letter are not perfect; even taking Universae Ecclesiae into account, some thorny theoretical and practical difficulties remain. For example, if the explicit requirement in Canon Law that seminarians be well instructed in Latin is routinely ignored, how much hope is there that, on the basis of a papal commendation, they will be taught the traditional Mass, Office, and sacramental rites as a component of their comprehensive training in the Roman Rite? And when little or no effort is made to enforce the Church's standing law or to protect clergy from well-intentioned but misguided superiors, will a mere legislative framework adequately defend the rights of priests and the faithful? Disciplinary actions of incredible harshness against traditional religious communities and individual priests continue to make headlines. We are far, alas, from the peaceful resolution Pope Benedict wished and worked for; in fact, it would be no exaggeration to say that the Pope’s impassioned invitation to his brother bishops has been culpably rejected by many:

Let us generously open our hearts and make room for everything that the faith itself allows. … What earlier generations held as sacred, remains sacred and great for us too, and it cannot be all of a sudden entirely forbidden or even considered harmful. It behooves all of us to preserve the riches which have developed in the Church’s faith and prayer, and to give them their proper place. (Benedict XVI, Letter to Bishops, July 7, 2007)

And yet, in spite of this mixed reception and internecine strife, have we not abundant cause for rejoicing in all that the Lord has done through his servant Benedict and through this courageous incentive to the modern Counterreformation? For there can be no doubt that Summorum Pontificum has reshaped the liturgical landscape profoundly and permanently.

The most important thing right now is for priests everywhere to live confidently according to what Pope Benedict established as their canonical right—that is, to celebrate the Extraordinary Form for the glory of God in communion with His saints, for their own priestly benefit, and for the spiritual nourishment of their flocks. And to do this means learning the old Mass if they have not already done so—a challenging task, but by no means insurmountable. I have known and worked with several priests who started from scratch and who, having achieved their goal, feel privileged and blessed to be able to offer this venerable rite of the Mass. The resources and opportunities have only multiplied with the passing of these seven years.

Priests, men of God, shepherds ordained for the altar and the flock: take courage, be stouthearted! Respond as generously as you can to this great invitation, this movement of grace sweeping through the Church.

Here are some contacts:

Training with the Fraternity of Saint Peter

Training with the Canons Regular of St. John Cantius

On the occasion of the 7th anniversary of the promulgation of Summorum Pontificum, His Excellency Archbishop Michael J. Sheehan celebrated a Pontifical Mass at the Throne in Albuquerque, NM. All the best from NLM to Archbishop Sheehan and all those who helped to make this Mass possible. 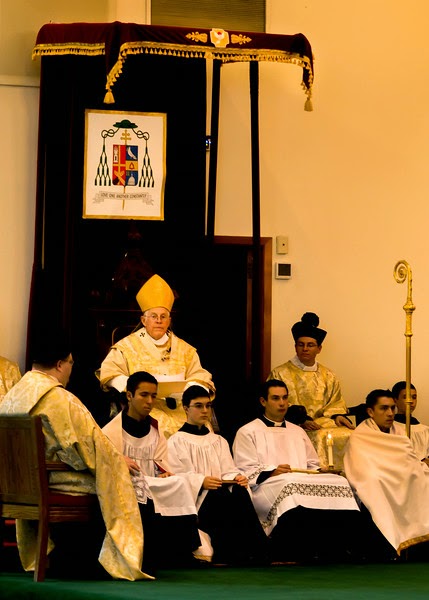 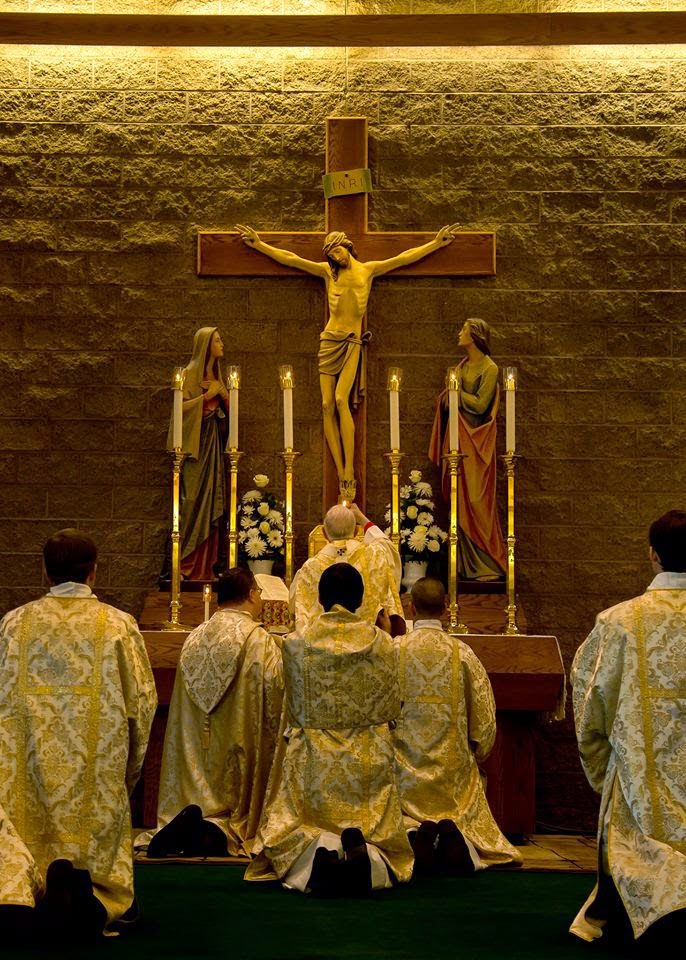 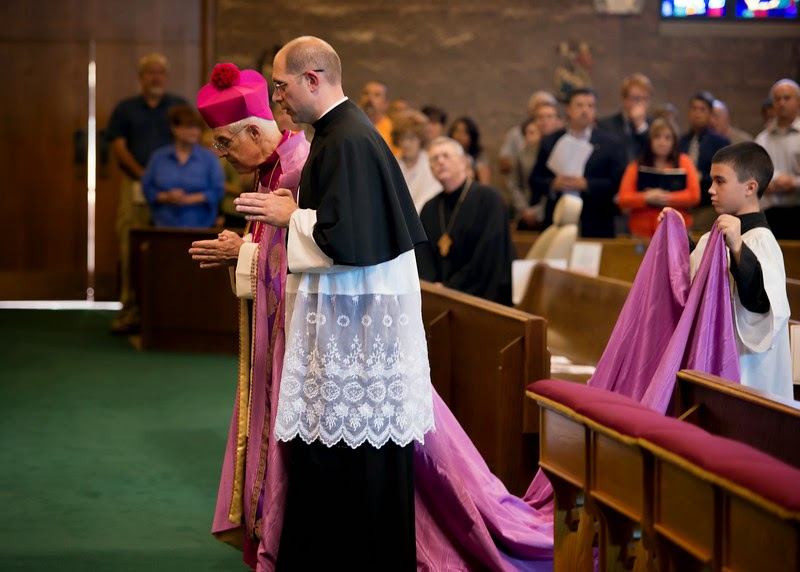 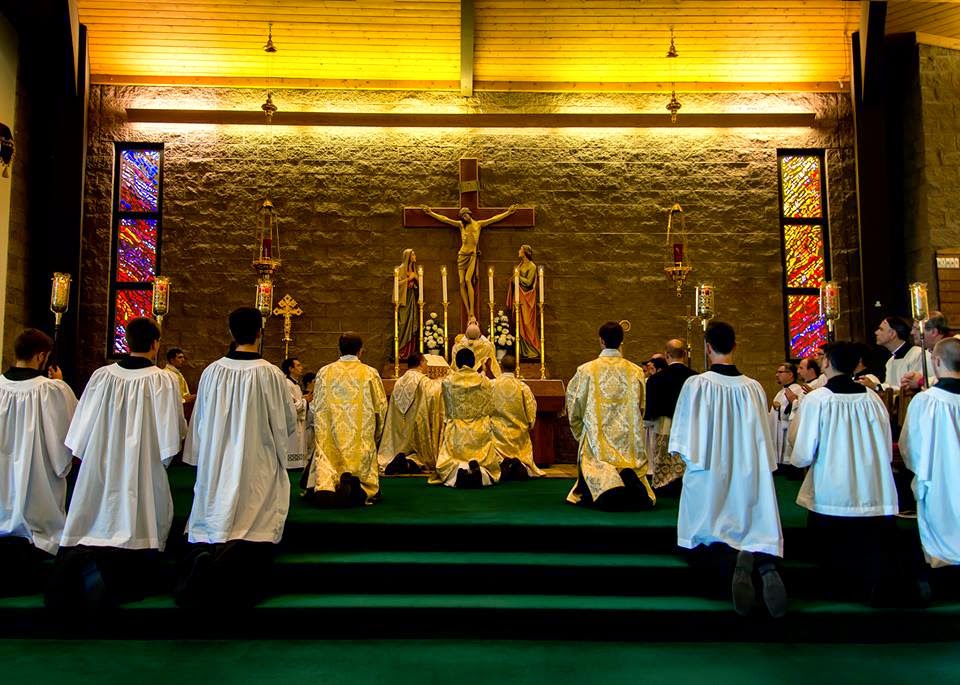 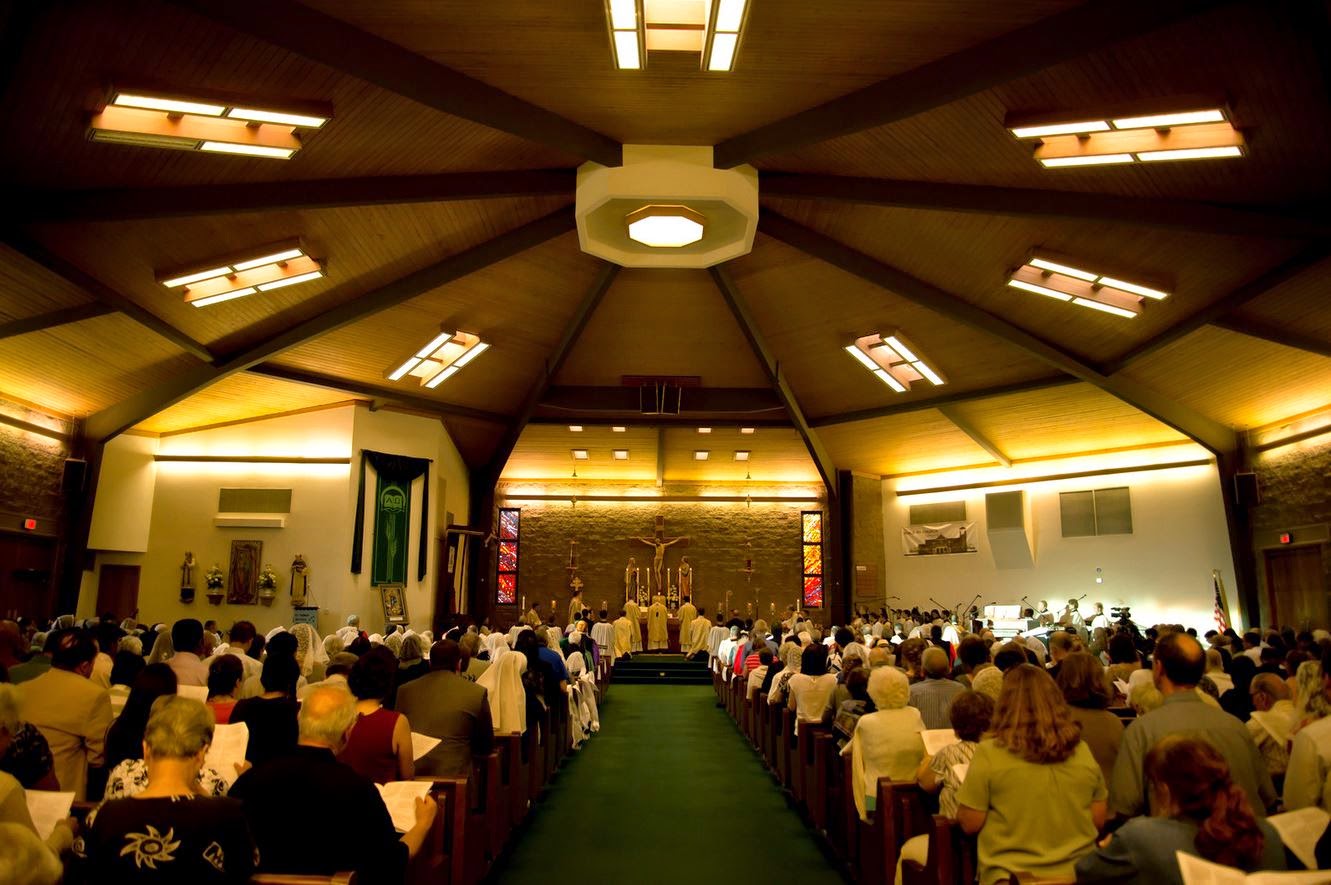 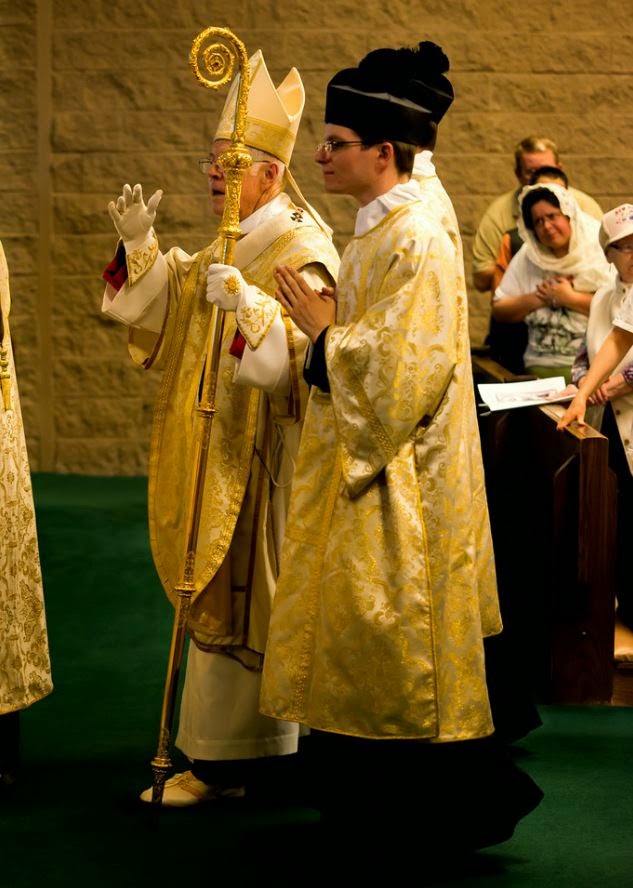 Thanks to Patrick Mitchell for the wonderful photos

The Feast of St Benedict

by Gregory DiPippo
Nihil operi Dei praeponatur - Let nothing be put before the Work of God. (The Rule of St Benedict, chapter 43. The “work of God” is here used to refer the Divine Office.)

St Benedict died on March 21 in the year 543 or 547, and this was the date on which his principal feast was traditionally kept, and is still kept by Benedictines; it is sometimes referred to on the liturgical calendars of Benedictine liturgical books as the “Transitus - Passing” There was also a second feast to honor the translation of his relics, which was kept on July 11. The location to which the relics were translated is still a matter of dispute, with the Abbey of Monte Cassino in Italy, founded by the Saint himself, and the French Abbey of Fleury, also known as Saint-Benoît-sur-Loire, both claiming to possess them. This second feast is found in many medieval missals and breviaries, even in places not served by monastic communities. (It was not, however, observed by either the Cistercians or Carthusians.). The second feast was in a certain sense the more solemn in the traditional use of the Benedictines; March 21 always falls in Lent, and the celebration of octaves in Lent was prohibited, but most monastic missals have the July 11 feast with an octave. In the post-Conciliar reform of the Calendar, many Saints, including St Benedict, were moved out of Lent; in his case, to the day of this second feast in the Benedictine Calendar.
http://www.newliturgicalmovement.org/